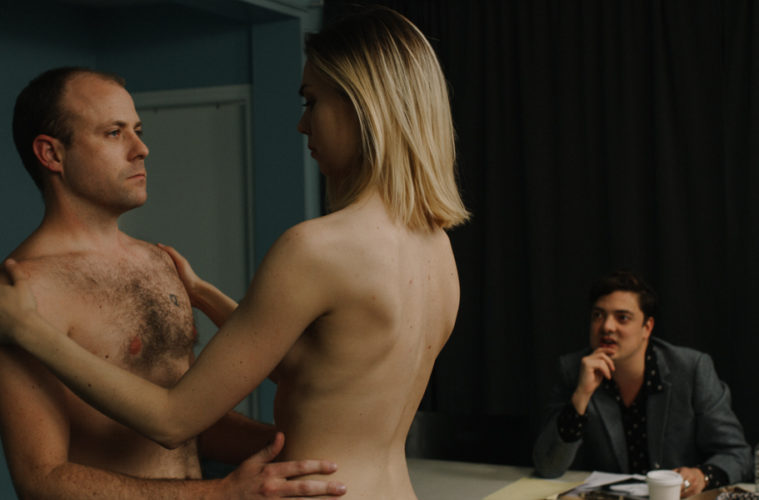 Wayne (Nathaniel Chadwick), the man’s son, is an aspiring actor with a day job, and hungry enough for any role. When he receives word from his attorney that the grimy cinema is in a gentrifying neighborhood, he returns to his old home–an apartment above the theater–and reconnects with the more disturbing aspects of his childhood. Raised by dad Al (Christian Aldo), there’s a good reason to be estranged–unlike Rachel Mason’s parents he’s not protected from the realities of running a hardcore adult business. Played mostly for laughs, The Last Porno Show makes an interesting companion to Mason’s personal documentary Circus of Books (due to appear on Netflix soon), where her family grew up as a curious and yet seemingly conservative Jewish family. While the Masons became distributors, Al goes one step further, performing in pornography while is his son hides in the next room. Later he reconnects with an actress who has taken up residence in the apartment next door.

Paputts has crafted a crude comedy, yet one not without a heart of sympathy for the community of oddballs that in the age of the internet choose to get their kicks in a dilapidated cinema. The film is not quite a love letter to a rapidly gentrifying Toronto as low rise blocks give way to high rise glass apartments–it instead is a fascinating mix of tones that don’t quite meld even if it makes one’s jaw drop in disbelief. The director doesn’t shy away from the darker elements of the material, creating a lead character without much feeling as he plunges deeper into his art and nearly to the point of no return. At one point he sequesters himself in the theater despite being invited to hang out by a pretty co-worker.

The film’s redemption, however, is that it is occasionally funny and realistically provocative without a desire to tone it down, becoming a frank sex comedy wrapped in a dark character study. I’m not sure who the film is for, but if distribution is in its future, it’s one to see alone in the middle of the afternoon. 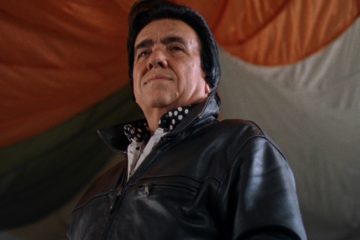