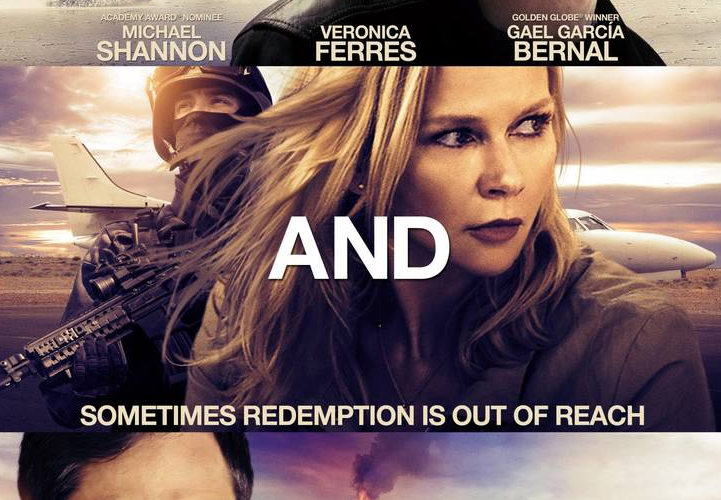 Many lament the “meme-ification” of Werner Herzog, a name once synonymous with masculinist, bravura filmmaking that risked the lives of cast and crew for the sake of art, but now the name only draws Borat– / Austin Powers-level of vocal impression saturation. But with Herzog, maybe it’s always been a case of “print the legend.” As wonderful as Stroszek, Fitzcarraldo and Lessons of Darkness may be, his self-aggrandizing “personal brand” has always been apparent: not so much the bravest of film artists as one who just simply has all the right ingredients to appear to be. This seems especially the case coming off two films that were widely derided as for-hire gigs, Queen of the Desert and Lo and Behold, Reveries of the Connected World, which this writer admits he couldn’t even bare himself to watch. Putting aside his public personality, could we simply get another good film?

Almost instantly does his newest work, Salt and Fire, set a feeling akin to his under-appreciated 2009, David Lynch-produced dark comedy, My Son, My Son What Have Ye Done. With the camera in almost-constant movement and a deeply strange non-sequitur line dropping every other minute, its international co-production “eco-thriller” facade seems to drop.

The set-up: ecologists Laura (Veronica Ferres) and Fabio (Gael Garcia Bernal) venture to Bolivia to research a potential volcanic eruption. Upon their arrival, they’re quickly kidnapped by the cronies of CEO Matt Riley (Michael Shannon, the actor’s piercing eyes instantly recognizable through a ski-mask). His exact motives seem difficult to discern, and Shannon, leather-jacket-adorned throughout, comes off as possibly the least-believable CEO ever — similar to Bernal’s Richard Burton-esque fey ecologist.

Yet Salt and Fire’s strange rhythms are so in-tune with Shannon’s own performance and inherent presence that he, the heir apparent to the Christopher Walken throne in terms of The Great American Weird Actor, seems to emerge as something of a co-author. Matt is seen as terrorist, philosopher, and father — one of the highlights being when he monologues about a parrot at one point — and the film reaches at something metaphysical all while being a chamber drama. (Albeit a jittery one, due to the camera work.)

Herzog emerges once we venture out of the the largely interior setting and into the Bolivian salt flats, where Laura is left stranded by Matt — spoiler: he disappears early from the film, complaining about diarrhea — having to fend for herself and two mysterious, turning-blind young children. With Shannon seemingly out of the picture, the film seems ready to resort to “humanity vs. wilderness” narrative that, with Herzog, is so much a given that it’s worrisome the experience will become a bore.

Yet humor isn’t entirely absent, e.g. when he points out the irony inherent in Laura monologuing to her tablet about how she’s finally become truly one with the earth. We may wait for the promised volcanic eruption (another spoiler: this never actually becomes a disaster movie), but a thesis-of-sorts regarding technology’s increasing place, even in the farthest reaches of the earth, emerges. The final image is naturally of a machine increasingly dwarfed by landscape. Though, overall, Salt and Fire may feel like a joke of sorts, it’s one attuned enough to a genuinely idiosyncratic sensibility to still register enough as a genuine search for something new.

Salt and Fire screened at the Toronto International Film Festival and will be released by XLrator Media on April 7.