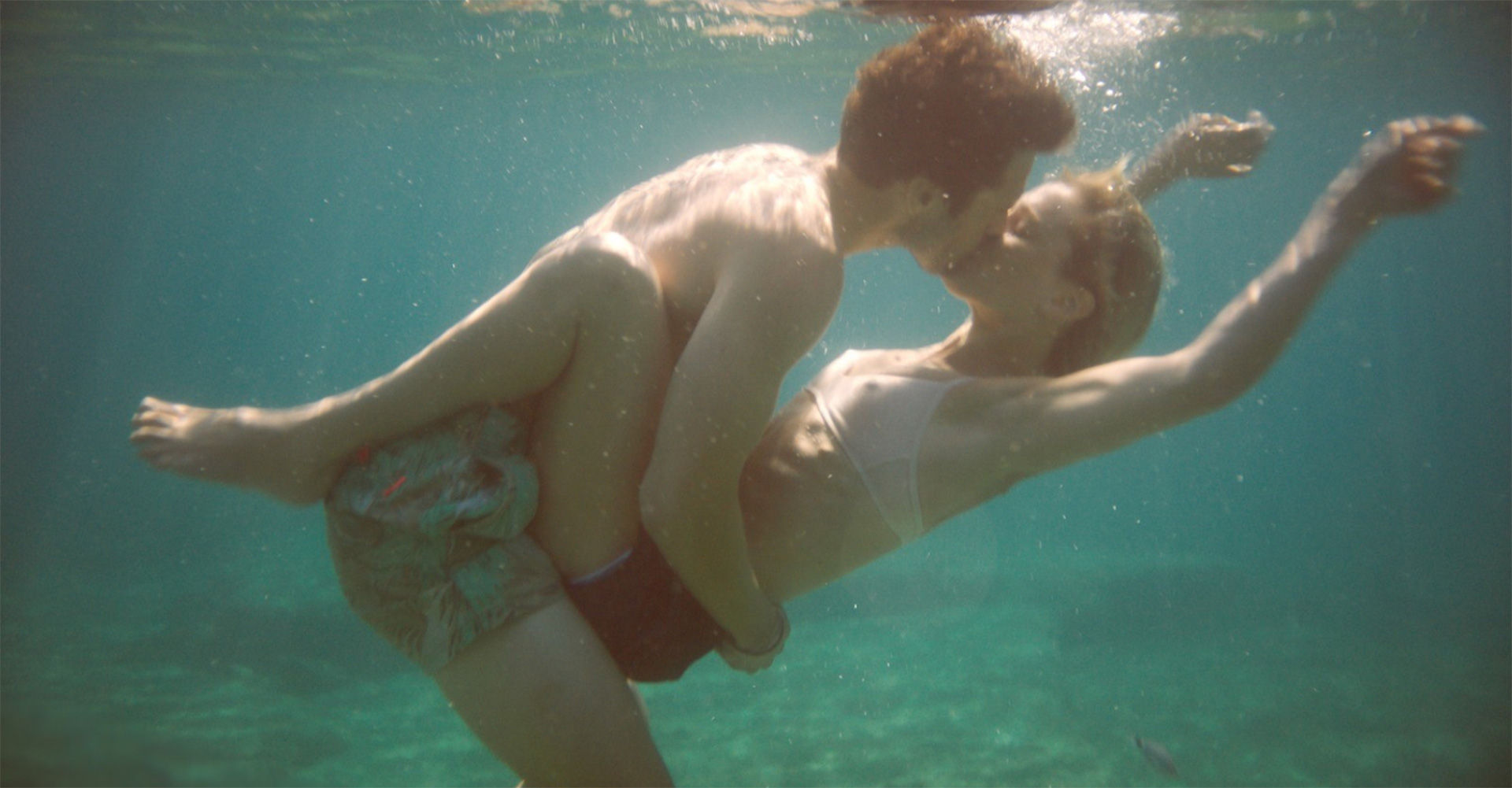 Director Argyris Papadimitropoulos’ Monday feels like it’s going to be a wild ride right from the start as Chloe (Denise Gough) screams into her phone at the voicemail of an assumed ex-boyfriend ditching their final goodbye before she heads back to America. Utter chaos is unfolding around her as the house party she’s stumbled into threatens to rage into the next morning with music, drugs, sex, and whatever else the Greeks in attendance have up their sleeve. Because the host (Yorgos Pirpassopoulos’ Argyris) hears her American accent, however, he can’t help but drag his equally American friend and DJ (Sebastian Stan’s Mickey) away from the turntable to push him into her like an inebriated Cupid playing matchmaker. Mickey apologizes, Chloe kisses him, and they awaken on the beach.

I left out some details about that Saturday morning wake-up call, though. Namely that a pair of police officers do the job because Chloe and Mickey are naked in the sand with children playing a couple feet away as an irate guardian (who presumably brought the kids there) yells about indecent exposure. Only when they’re handcuffed in the back of the squad car do the two Americans officially meet with first names and pleasantries. And since she left her bag at the party, there’s little else to do but get to know each other better by attending that night’s DJ gig together when they’re not having sex a few more times. Sunday arrives, more sex ensues, and you won’t be surprised to learn she never boards her plane.

Despite the title of the film, however, we don’t find these lustful rabbits greeting the next sunrise. No, the word Friday is superimposed onto the screen in giant letters instead to denote how we’ve fast-forwarded at least one weekend to watch their spark glow bright yet again. Papadimitropoulos and Rob Hayes’ script does this over and over as we watch Chloe and Mickey fall in love, struggle, and ultimately find themselves in mid-thrust elation before the next leap forward occurs. This might be the real thing. It might be love. And all because of crazy uncouth Argyris—a fact that proves a welcome footnote considering Mickey’s other, much worse friends. The question then becomes whether it can last once the shine wears off and reality hits.

Because despite how impulsive Chloe seems in Mickey’s world, she trades in much different circles as an immigration lawyer with respectable acquaintances. Add the very rich and very problematic gas-lighter of an ex (Andreas Konstantinou’s Christos) and you couldn’t picture a group that exists further from Argyris and the many other loudmouthed drunks who know how to party that Mickey adores having in his life. But his life isn’t quite as immature as appearances would have us believe either. He has a son for whom he’s fighting to see more. He has a lucrative paying job writing music and once even had a record contract alongside international sensation Bastian (Dominique Tipper). Mickey is a hedonist moonlighting as responsible and Chloe a professional moonlighting as wild child.

For about three-quarters of the runtime, this dynamic works in creating effective drama and authentic situational humor. The sequence where they throw a huge get-together to merge their disparate groups of friends is a disaster in the best possible way and serves as an example for how the pair has a knack for turning unfortunate occasions into memorable events. They also have a keen sensitivity that allows them to combat the emotionally heavy moments that crop up during any relationship spanning as many months as theirs. Through it all, though, Papadimitropoulos never stops reminding us that Chloe and Mickey are engaged in a merry-go-round of Fridays. While it’s nice to know dire revelations will work out, this certainty also supplies a tonally repetitive narrative progression that grows tiresome.

It doesn’t help that the film is built upon a structure promising that titular Monday. We therefore find ourselves waiting for the other shoe to drop so they can pick up the pieces (or not) only to watch them continuously brush conflict under the rug to have sex in lieu of dialogue. It’s almost as though the filmmakers don’t realize how strong of a union they’ve created because I never once thought Chloe and Mickey couldn’t handle the inevitable fallout of whatever loomed. It was weird that the subject of their exes was more or less tabled for the majority of the runtime, but even their clunky all or nothing reveals didn’t seem insurmountable to this mutual devotion. Rather than increase suspense, Monday’s indefinite postponement conversely decreased investment.

This is why the climax ripped me right out of the moment. Chloe and Mickey are both dangerously self-destructive (and Gough and Stan excel at conveying this), but watching them devolve so fully on the eve of something they’ve worked to achieve for months was too convenient of a scripted rock bottom to buy. Maybe if they did the blackout drunk thing any other time during their partnership besides the very beginning I would have begrudgingly gone along with it, but everything that follows this second evening of debauchery is too perfectly orchestrated to push buttons—that have been pushed before—too far to cope. I wanted to follow where Chloe and Mickey went together because Papadimitropoulos let it be messy and unpredictable. This mess was one hundred percent expected.

Everything that occurs until then isn’t negated. It simply screeches to a halt. Where things headed in the aftermath is heated, but no more than any of the other battles waged on the weekends. The only thing that sets this last bout apart from the rest is that the time to end the film had appeared. That’s it. That’s the only reason we needed this Monday. And the lead-up ends up being for naught. I could be persuaded into thinking this was intentional—a means of showing that Fridays and Mondays are interchangeable—but that feels like too much of a cop-out. The fact I’m saying that, though, just goes to show how much I enjoyed the rest. I valued it enough to know it deserved better.

Monday screened as part of TIFF Selects at the Toronto International Film Festival.