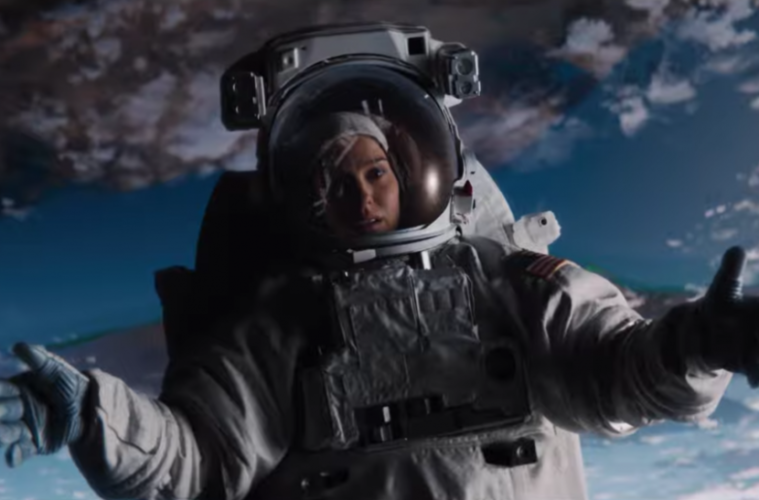 TIFF Review: ‘Lucy in the Sky’ is an Insufferable Failure on Every Level

I’m not going to mince words here: Lucy in the Sky is a terrible film. It’s a disaster, a fiasco, a complete tragedy. It’s the kind of film that will have people clamoring for the thesaurus because one word cannot summarize just how bad it is. This is the first film by Noah Hawley, the man responsible for the TV series Fargo and Legion, and his jump from TV to the big screen feels like he’s leaping into an industrial shredder. This film is so bad it made me wish director jail was a real place, where Hawley could be locked inside, and the key flown thousands of miles away so it could be cast into an ocean on the other side of the world. The fact that someone like Hawley has been able to attain this much power, money, and artistic freedom to make something so bankrupt should shake our faith in our society’s institutions to its very core.

As the title states, there is indeed a Lucy. She’s an astronaut played by Natalie Portman, who gives her a Southern accent so unnecessary it feels like she’s being blackmailed by an acting coach. As she’s an astronaut, we first see her in space where she’s actually above the sky, which must have been an embarrassing oversight from Hawley. She’s in awe of what she sees, and the vastness of space alters her way of thinking. This also makes Hawley change the aspect ratio from Scope to 4×3 once she returns to Earth, the first of at least 56 aspect ratio shifts throughout the interminable two-hour runtime. This alone should honestly be a crime. After returning home, Lucy finds domestic life with her emasculated husband Drew (Dan Stevens). This leads her to Mark (Jon Hamm), another astronaut who’s assertive, drinks a lot, and does the exact opposite of what Drew does because that’s the only way this story can be told. Mark also likes to drink alone in his empty house at night, replaying footage of the Challenger explosion on his TV. I think this is character development but only in the very literal sense; there is a character, and watching this scene helped me develop a festering urge to escape the theater.

It’s difficult to talk about Lucy in the Sky without getting sidetracked by all of its awful decisions. This is because there really isn’t much going on story-wise. Lucy has an affair with Mark, then she finds out he’s more interested in a younger, more prominent astronaut (Zazie Beetz, who’s given absolutely nothing to do), and proceeds to have a mental breakdown. This is all inspired by the true story of astronaut Lisa Nowak, who drove 900 miles to try and kidnap the new girlfriend of the colleague who dumped her. For some reason, Hawley finds the love triangle aspect more interesting than the part about driving hundreds of miles to kidnap and probably kill someone. It’s around the halfway point when this film’s pointlessness begins to truly shine. Everything on screen didn’t make sense, and the questions kept piling up. I didn’t know why the aspect ratio needed to change at least three times within a single scene. I didn’t know why every composition was so flat given how much effort went into defining the frame surrounding it. I didn’t know why Jon Hamm’s character has the Challenger explosion on his TiVo. I didn’t know why Lucy had to be so simplistic as a character, like in the way she only speaks in space terms after becoming fully unhinged (“All systems go!” she exclaims when someone asks if she’s all right). Maybe this is Hawley’s idea of pure cinema, even though it feels more like what a 14-year-old boy would consider pure cinema, much like how a 14-year-old boy thinks Sigur Rós is the greatest band in the world. At a certain point we’re supposed to put away childish things; Hawley was given $27 million to keep playing with them.

I could talk about other things. The cast, whose performances range from awful to forgettable. Or co-writers Brian C. Brown and Elliott DiGuiseppi, who might have devised the scene where someone asks Lucy’s husband what’s up, only for him to literally look up to the sky and mutter, “I don’t know.” But all of this rests on Hawley, who makes every element so deliberate, so much of a choice with a capital “C” that he’s crying out to be seen as an auteur. My guess is his French isn’t good enough to know what that term means. At least when a director is given money and freedom to think on a big scale, like with Richard Kelly’s Southland Tales, there’s a shred of ambition or ingenuity that makes the whole endeavor worth a viewing out of curiosity. There’s absolutely none of that here–just an insufferable failure. I have spent two hours inside the mind of Noah Hawley and I would like to invoice him for my time.

Lucy in the Sky premiered at the Toronto International Film Festival and opens on October 4.