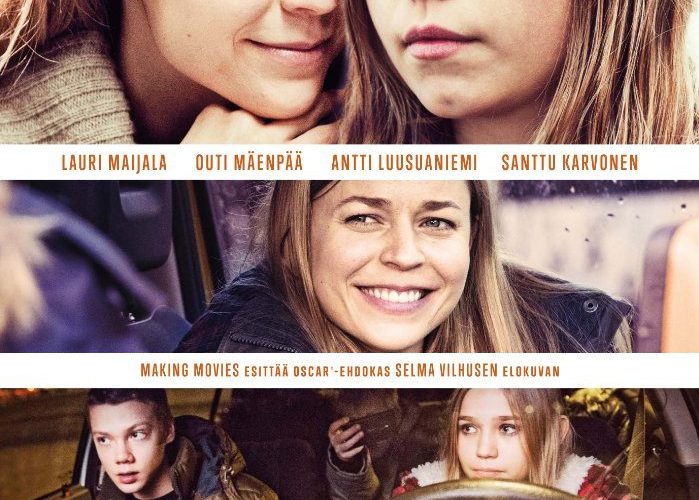 The director of Do I Have to Take Care of Everything?, the hilarious 2014 Oscar nominee for Best Short Film, is back with her sophomore feature narrative Little Wing. Taking on writing responsibilities this go-round, Selma Vilhunen supplies a much more dramatic work than her aforementioned claim to fame. It’s also a lot more personal with young horse enthusiast and central character Varpu Miettinen’s (Linnea Skog) emotionally trying family life being drawn from her own. She is eleven-years old, wise beyond her years, and desperately trying to fit in with the “cool” girls. But that’s almost impossible to do when your mother (Paula Vesala‘s Siru) is about to flunk her driving test for the third time and her father is long-since removed from the equation.

Varpu is living between two worlds: weekends in the country with posh riders working hard to ready themselves for an equestrian competition and weekdays in a more urban locale where she calls cigarette-smoking, car stealing riff-raff friends. They aren’t all bad: they’re actually quite nice and genuine, much kinder to Varpu than all but one of the riders (Anna Kare‘s Saara whose father often drives her back to Helsinki so she won’t have to take the bus). But with little to do and marginal parental supervision either out of necessity (Siru cleans houses and offices to keep the two of them afloat) or laziness, it’s difficult to turn down an offer from Anttu (Pyry Rautianinen) to joyride in whatever car his screwdriver fits. She deserves to let loose. I say this because Varpu is the adult in her mother/daughter dynamic. Siru’s a mess of anxieties and fears, prone to tears when failing to do what she believes mothers should and sometimes distraught enough to wake Varpu in the middle of the night to sleep in her bed. It’s no wonder this girl is hanging by a thread, patience and frustration rising until the serendipitous combination of a school project crafting cards for Father’s Day and a missed twelfth birthday sparks her into action. Anttu teaches her stick shift and she heads out to Oulu in the middle of the night with a stolen sedan, her father’s recently discovered name, and a yearning to find the security that would allow her to finally be a kid.

Up until this point Little Wing proves an effective drama. You really get a sense of Varpu’s growing irritation with her mother as well as Siru’s fluctuating moods. The latter is so insecure that she asks her daughter for an opinion on prospective new boyfriend Bo (Santtu Karvonen), a man she admits to liking despite being willing to break it off if someone questions her affection. And of course the woman is so unstable that when she does make a decision she regrets, Varpu will ultimately be the one to blame. So why not leave? Between that home life and the prospect of her own boyfriend being a risky one considering the boys she hangs with want sex, an escape on half a tank of gas seems reasonable. Varpu’s pain is visible in how she looks at the girls mocking her about lies she tells to appear normal. We want her to find her dad if only because Siru is so guarded about the subject. She’s never mentioned anything about abuse, never dissuaded Varpu from continuing down her path of inquisition, though. So who knows? Maybe he left because of Siru. Maybe he got fed up with her inability to be responsible and will provide Varpu exactly what she craves. But while young Skog in her first film role is a natural at conveying this internal suffering, the story that follows can’t help but lack the same three-dimensionality. It’s intense — don’t get me wrong. It simply arrives too fast and leaves too many loose ends.

There’s a driver who picks her up hitchhiking, a wonderful man with paternal instinct to provide Varpu an example of an ideal father despite delivering a few words on pick up and a few on drop off — nothing else. There’s the maybe/maybe not abused woman Emilia (Niina Sillanpää) for whom Varpu’s arrival might save from a life of physical duress with a baby on the way. But she’s gone as soon as we begin understanding her place in the story. A stand-in for what her own mother might have become if her father turns out to be a monster? Maybe. But once Siru returns to the picture with a sound head on her shoulders and determined jawline — finally a mom — this interlude with Emilia becomes oddly inconsequential. It’s as though Vilhunen wanted to give us a road trip film within her fiercely dark drama of psychological woe, but never had the time to fully flesh one out. Everything that occurs in Oulu while her mother’s worry increases at home loses its impact and feels like filler despite possessing the room to delve deeper into the emotional canvas drawn. Perhaps this is because the interlude is only half-cooked or perhaps it’s because what follows provides us the answers we’ve been seeking courtesy of the film’s best performances. Vesala is fantastic, but never better than when she’s finally doing something for her daughter rather than herself: taking Varpu to see Dad (Lauri Maijala) for the first time in over a decade. And he may steal the show.

I won’t discuss Maijala’s character in-depth because I could never do justice describing the heartbreaking situation behind his absence that he, Vesala, and Skog do so while acting out. Just know that even with a stirring finale of familial drama and disappointment, the sorrowful revelation of what has kept them apart again arrives with loads of promise before its opportunity for truly devastating impact is squandered. To see first-hand what Siru kept from Varpu is necessary to understand the former’s motivations and the latter’s eye-opening discovery, but it’s seemingly fixed with one line of dialogue. For all the drama we’ve endured, the conclusion feels underwhelming. The emotional authenticity becomes plot-specific rather than character-specific and I suddenly felt manipulated. Without room to breathe, Vilhunen’s naturalism unfortunately proves artificial.