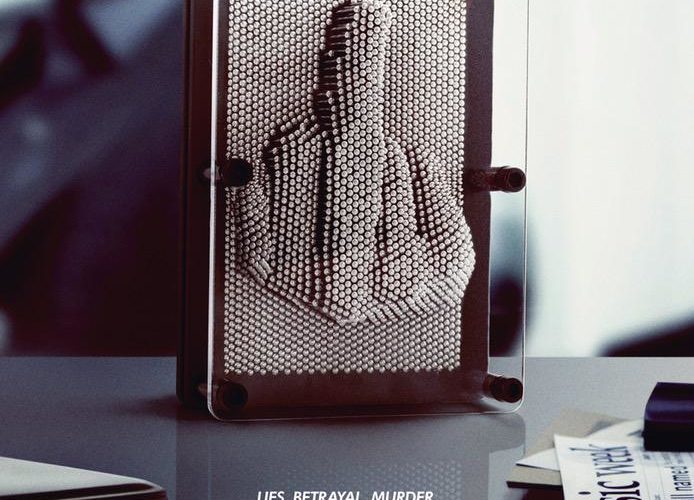 Kill Your Friends is a pungent, thoroughly hollow failure as a comedy, a “thriller,” and a document of a fascinating era in modern pop music. That it is watchable at all is a testament to the talents of Nicholas Hoult, who stars as relentlessly unlikable, circa-1997 A&R rep Steven Stelfox. Within the first few moments of meeting him, Steven has explained that art and talent are meaningless to the on-the-make music exec. Making money is what matters, and by any means necessary. Director Owen Harris clearly expects us to be shocked by that revelation, failing to realize the audience has heard such pronouncements for decades. In fact, we have seen and heard every moment of Kill Your Friends in other, better movies. It is not clever or surprising, it is not funny or “outrageous.”

On paper — and perhaps in the novel from John Niven, who also authored the screenplay — the  dialogue might seem amusingly tart. Onscreen, however, it feels utterly trite, delivered with the subtlety of a sledgehammer. It’s too bad, because a film about the Cool Britannia era could have been something special. It was a strange, jingoistic, hopeful time in the UK in many respects, and much of the era’s most successful music captured that feel. And there are great films about unlikable characters who are pop culture kingpins of their time, including, of course, Altman’s The Player. But the story of studio executive Griffin Dunne’s murder of a screenwriter stays grounded in reality even as its protagonist becomes unhinged. Kill Your Friends dropkicks all sense of reality at the moment Steven, well, kills a friend.

More on that in a moment. As the opening credits roll and Steven cruises to his job at Unigram Records, Blur’s “Beetlebum” blasts on the soundtrack with confidence. For a North American Britpop aficionado, there remains a rush in hearing the greatest songs of that era on film, however strong or weak the movie. (See Brie Larson’s endearing strut to Pulp’s “Common People” in 2015’s weak-kneed remake of The Gambler.) I mean really, how bad could a film be that opens with “Beetlebum”?!

The answer is, “Bad. Very bad.” Kill Your Friends feels tiresome and predictable from its earliest moments. Consider: Steven wants the head A&R job, he jeers behind the back of his good-natured rival for the gig (played by talk show host James Corden), he depends on his (seemingly) sweet assistant Rebecca (the winning Georgia King), he is cruel to his young protege (Submarine star Craig Roberts). He snorts coke. He drinks. He screws. He loses out in the job of his dreams. And, of course, he does what a cliched movie character must do in that situation, which is kill the rival.

It is at this point that Kill Your Friends goes full-on American Psycho, loses all contact with reality, and amps up its sprint to irrelevance. It’s a shame, really, because there occasional evidence of real wit. One sequence in particular, in which Steven and Darren meet with a humorously over-the-top German techno producer played with relish by Run Lola Run’s Moritz Bleibtreu, offers a glimpse of what Friends might have been. The scene and the song he is hawking, titled “Why Don’t You Suck My Dick,” work because they actually feel … possible. Stranger hits have happened, especially in 1990s Europe.

But all too quickly the film returns to the realms of the unreal. A wannabe songwriter detective enters the picture, Steven attempts to sign a hot indie band before another of his rivals, Rosanna Arquette suddenly appears, and another, even less believable, act of violence occurs. The film’s final stretch, especially is handled by director Harris with a self-congratulatory smugness that is relentlessly off-putting. When one of the film’s most likable characters is dispatched in the goriest manner possible, and the film has a laugh at pedophilia “involving babies,” it is clear Kill Your Friends is not just unpleasant, but borderline unbearable.

It is Nicholas Hoult, and Nicholas Hoult only, who keeps one watching. Even here he commands the screen, and shows himself able to carry a film. Next time, perhaps it will be a good one, and not one with such a needlessly tired message. Certainly one of the 2015 Toronto International Film Festival’s most egregious duds, Kill Your Friends succeeds only in making the viewer want to listen to Oasis, Blur, Pulp, Paul Weller, and the myriad other artists mentioned or listened to in the film. Funny that the fillmmakers have a laugh at short-lived Britpop band Menswe@r, a band with an infinitely greater shelf life than Kill Your Friends. My advice? Track down the band’s 1995 debut, Nuisance, enjoy Nicholas Hoult in Max Max: Fury Road, and let’s pretend this film never happened.

Kill Your Friends is screened at TIFF and opens on April 1st.