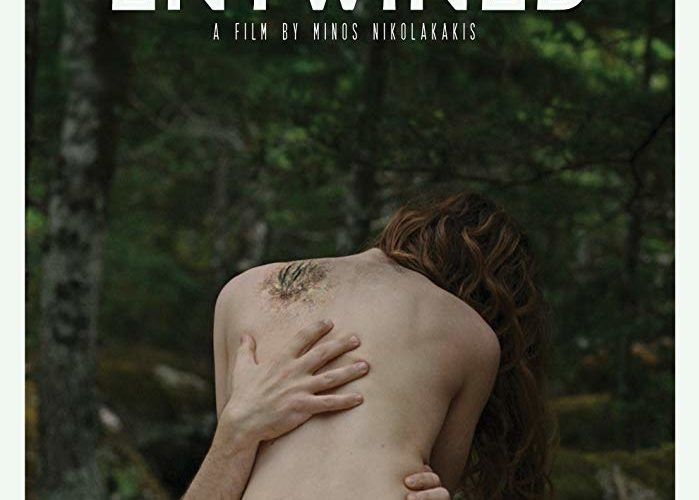 TIFF Review: In ‘Entwined,’ a Mythology Gets Undercut by Cyclical Patterns

The death of their father triggers Panos (Prometheus Aleifer) and half-brother George (John De Holland) to take stock. The latter wants to stick together and move forward while the former chooses to start anew. Panos is a doctor who now recognizes the delicacy of life too well and wants to hit the country in Alyti so his services can do some real good away from the city. George incessantly calls in the hopes of persuading him out of this altruistic dream he assumes will implode, but his brother is prideful and won’t be so easily swayed. Panos thinks science can explain everything and the people around him think that’s a flaw. He wants to prove them wrong—that science saves lives. Nature, however, doesn’t quite agree. Director Minos Nikolakakis and screenwriter De Holland ensure Panos realizes how unexplainable, unorthodox, and dangerous nature can be by placing a mysterious woman (Anastasia Rafaella Konidi’s Danae) in the forest outside of Alyti at the center of their film Entwined. Once the locals tell him he’s the first doctor they’ve ever had and subsequently refuse to elaborate on whether that makes him a wanted or unwanted addition, he decides to head out and explore. It’s here that he comes across Danae in the road and follows her home to witness her father’s (Kostas Laskos) abuse. Unable to stop himself from mentioning his discovery upon returning to town, the only response received is a dismissive declaration about God marking evil so we know to stay away.

Because it’s not in his nature to ignore what he saw, Panos goes back to save Danae from the “master” of the house and a distinct skin condition covering her body with bark-like scaling. A good deed and downed drink later finds him waking two days later without an answer for how he could have slept so long. Appreciative of his new acquaintance’s hospitality, he quickly gathers his things to find his car and alleviate any suspicions the town might now be harboring about him leaving them without notice. But as he walks towards where he left it, the trees grow thicker and the dirt paths steeper. It’s as though the woods themselves are preventing his departure and steering him onto open passages that lead back to Danae. Such is the fairy tale conceit drawing Panos into a forest prison with a beautiful woman charming him with her strange way of speaking and simple-minded superstitions like that of a perpetual fire in the hearth being a crucial means to her survival. Despite wanting to take her back to Alyti so he can treat her ailment, Danae cajoles him into staying and ultimately falling in love—the only medicine she says can cure her. She’s cognizant of the peculiar way in which she lives and tries her best to prepare Panos anytime she’s about to lay a bombshell of supernatural ramifications upon him. He might not always believe her (or his own eyes), but the set-up of him being a man of science never truly bears fruit.

Panos doesn’t attempt to explain what’s happening. If anything he plays along because the blissful existence by Danae’s side is enough to distract him from thinking any deeper about his circumstances. Nikolakakis takes us back to the city every now and again to put George and his futile mission to reach his brother back into focus, but even this doesn’t add anything to the whole until the obvious moment when it does. A lot of the film is handled this way: strange segues to peripheral characters that show us specific actions or objects we can then project upon future events in ways that consistently unfold exactly how we think. Nothing that occurs is ever a surprise and everything that should be met with awe merely earns a shrug. Eventually I couldn’t even muster that as the stark detail devoid of superfluity Nikolakakis and De Holland provide instantly guaranteed my being five steps ahead of whatever unfolded on-screen. My interest thus lived or died on the backs of Aleifer and Konidi’s performances and whether their sharp swings from volatility to romance warranted the time spent. They do for the most part as the uncertainty surrounding Panos’ devotion does create excitement. Is it authentic? Or is it a show to acquire his means for escape? Sometimes it’s both and others it’s neither as nature itself evolves from static containment into kinetic torture. Science is thrown out the window early so mystic fables and ancient lore can completely take hold. Without a fight, however, why did Panos’ profession matter?

It doesn’t save giving him the reason to check on Danae. George’s existence and that of an elderly woman lamenting her son’s disappearance don’t matter either until those precise moments when the plot demands their presence. The mythology captivating us alongside subtle special effects that enchant therefore gets undercut by the matter of fact progressions its cyclical patterns take from start to finish. It all becomes attractive window dressing for a rather simple story spending too much time on Panos’ wellbeing when Danae’s conflicted existence and doomed love are far more compelling. The story realizes this too late and ultimately turns what should be a profound conclusion into an indifferent act that failed to coax any emotion from me at all. In the end it feels so inconsequential.