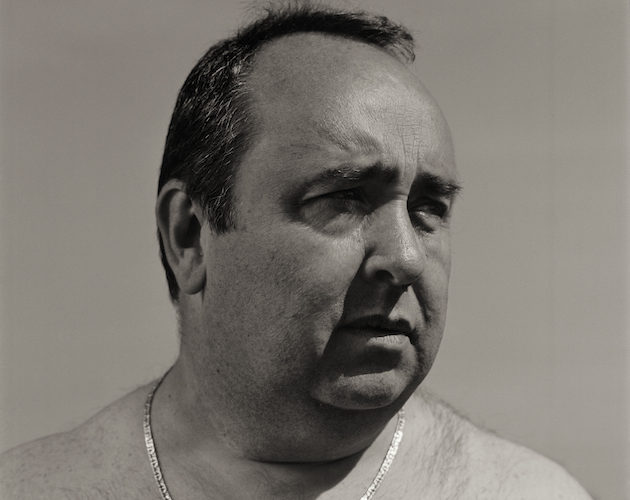 [TIFF Review] How Heavy This Hammer

At only two feature films, Toronto-based writer-director Kazik Radwanski has already formed a clear thematic through line. His previous picture, Tower, was about a 34-year old living at home with his parents who divides time between a fruitless attempt at making a computer animation, a construction job provided by his uncle, and ceaselessly awkward encounters with women — the kind of person by all means branded a loser by society.

Comparatively, How Heavy This Hammer’s own subject, Erwin, a lumbering, heavy-set man with an odd-sounding, yet specific Canadian accent, somewhat belongs in the realm of the oafish middle-aged father and husband made lovable on many a sitcom. But stripped of a star’s charisma, or a family-man character’s usual set of redeeming gestures, our “hero” belongs of course to the art cinema’s long-held tradition of the “character study”; an unlikable real person placed under a microscope, often to ambiguous ends.

Yet the film’s (as well as Tower’s) strategic difference, and what elevates it so far above many of the cowardly or condescending portrayals of human nature and class that plague festivals, is in how it functions as almost one sustained close-up. Erwin is, no matter how repugnant you may find him, utterly inescapable. The close-ups pertain less to the old chestnut of “a meditation on the human face” but rather a device that makes the actor a true co-author of the film.

Though quite meticulous in choosing what and what not to show, Erwin is never seen at work. (One could assume a laborer by his physical build, the other an office drone by his lifestyle and comfort in front of a computer screen.) He’s always depicted in his free time, often doing favored activities of rugby and a viking computer game. Certain recreation still falls into an obligation he can’t even maintain, in two instances drifting into sleep during family movie nights.

When Erwin justifies his sleepiness to his wife with “I’m an old man,” it comes off not as an excuse but rather the simple truth. Paired with Tower, both films investigate the pressure for the supposed “normalcy” of a middle-class routine: your work, hobbies, and relationships, or rather the things we have to converse to each other about to pass the time. Tower’s Derek falters to project normalcy, whereas Erwin treats it with utter boredom.

While indeed the tale of the dissolution of a middle-class family, How Heavy This Hammer isn’t presenting another “exposé” on the evil of suburbia. (A lesser, likely Cannes-sidebar-approved counterpart would’ve ended with a shocking act of violence.) The most melodramatic the film gets is when Erwin swears at one of his children after they attempt to wake him up, the ensuing confrontation between him and his wife still played at a reserved tempo. Though quickly followed by a jarring ellipsis of Erwin having moved out of the family home, the film’s structure assumes its own aggressive bent.

At under 80 minutes, the compact storytelling reflects the claustrophobic visual scheme to an obvious degree. When he points out the location of his new apartment to his children (around High Park, one of Toronto’s still-affordable neighbourhoods), boasting about it being closer to the CN Tower, the camera is still fixed on the faces of Erwin and his unimpressed brood. One may want it to pull back for once, to give just a little more perspective to the emotional pain inflicted by Erwin or the restrictive domestic spaces that one would think is a motivating force in his descent into emotional ambivalence. Though following this man as he wheezes, snoozes, and snacks on fatty foods, we don’t feel sympathy for him, and we don’t even get the self-satisfied feeling of laughing at him, but we do, at least to some degree, get the impression of some sort of understanding — one that we hope we won’t, but possibly at some point will to relate to.