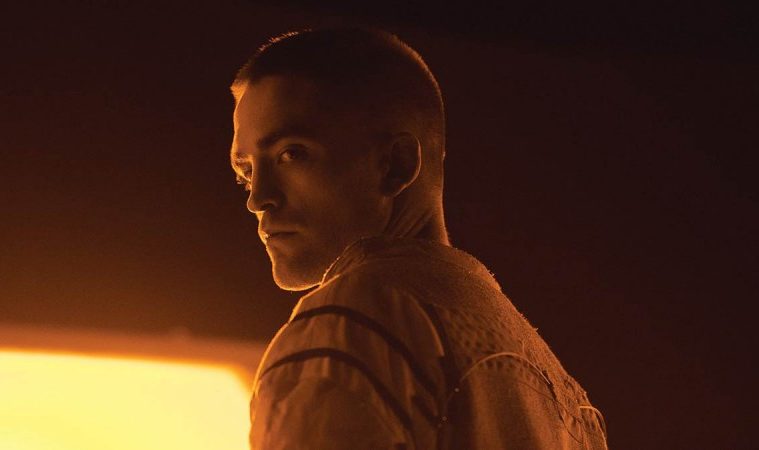 While High Life has understandably drawn all kinds of comparisons to the 60s and 70s cerebral sci-fi canon (notably Solaris and 2001: A Space Odyssey), for both its abstract use of space imagery and its minimalist ship design which more often than not resembles an artificially-lit hospital filled with dated technology, its soul is firmly in the sensibilities of its filmmaker, French master Claire Denis, who mines the genre for a deeply sensorial and moving portrait of the misery and horror parents are willing and perhaps responsible to endure so their children might not have to.

Denis herself has spoken frequently about her relationship with her father, who raised her in a French colonized West Africa and whose role in a machine of violence and oppression beyond her comprehension at that age has severely informed both her politics and artistry. She’s frequently wrestled with horrors of colonialism in narrative and form, and that austere, human sadness she’s adopted in going to those places has proven pervasive for her. Formally, High Life is operating in the realm of her enigmatic and disturbing psychosexual vampire film Trouble Every Day and her unrelentingly bleak neo-noir Bastards, which saw its protagonist lose himself in a downward psychological spiral of patriarchal destruction and arrogance.

Both films feel like precursors to the brutal tone she’s assumed here; filling the already psychologically demanding isolation of space travel with multiple layers of mundane indignities and violence—sexual and otherwise. That being said, there’s a poignant undercurrent to High Life of love and responsibility in the face of that horror that recalls one of her all-time best works, 35 Shots of Rum; a lovely film about an intimate father and daughter relationship that is forced to adapt with their everchanging lives (he is retiring, she is going off to school and perhaps discovering first love) but confronted with the paralyzing fear of having to create new routines and memories to latch onto.

Routines and memories are a big element of High Life, Denis doling out information in her typically elliptical, vaguely non-linear manner. Scenes of Monto (Robert Pattison, excellent in all his dutifully repressed suffering) alone in the present taking care of what we understand to be the last remaining child, one born aboard the ship, slowly bleed into two kinds of flashbacks: washed-out, 16mm recollections of a half-forgotten time on Earth before it became unlivable and a series of monotonous procedures by the crew of convicts who have been sent hurtling towards a black hole to potentially mine its rotation energy as a resource—and simultaneously serve as lab rats in “radical,” often sexual experiments carried out by the ships mysterious doctor/shaman Dibs played by the incredible Juliette Binoche—which if gone uncompleted, or at the very least unchecked by the computer system every 24 hours, will result in the life support being shut off for everyone.

Denis frequently blurs the time and space between the timelines (one touch, the electric humming and droning of the ship sometimes infecting memories of Earth recalls the sound design of David Lynch) as we slowly watch the ostensibly futile mission of the crew disastrously spiral into a dull delirium and eventually violence. Though purportedly a sci-fi film High Life contains perhaps ten minutes of actual space imagery. Most of it consists of blackhole photography that is similar to that of Interstellar but formally takes on a more abstract quality under Denis’ control—a simple cut the moves from Dibs whispering “grow, grow” to a subject she’s just artificially inseminated to a lyrical image of the cosmos, for example. The rest are a few simple but resonant asides that capture the surreal silence and loneliness of space, like a shot of the exterior of the cubed ship appearing unmoving in its “constant acceleration” but from the interior appearing as if they were moving backwards, like a strange, reverse Vertigo effect.

Otherwise however the film remains firmly planted with its crew inside the ship who, to pass the time, do several chores including tending an organic garden and when they have free time they pleasure themselves in the “fuckbox.” The psychological and sexual seclusion drives some to madness (the introduction to the fuckbox is borderline mystical and astral in a strangely beautiful way) and others to brutal violence, while other forms of sexual violence occur at the hands of Dibs who is using the crew members to see if its possible to conceive a child in space despite the radiation. The narrative horror of this is clear but it’s even harsher in Denis’ characteristically sensual depiction of the human body. The textural quality of skin and bodily fluids here (especially in contrast to the rough fabrics of the space suits and sterile metals of the ship) are sure to repulse some but they’re vital to registering our biological frailty. A number of the film’s most horrifying images stem from this; one in particular involving the tangible effect a black hole can have on the body (featuring a disgusting practical effect here produced by one of the VFX supervisors behind Lynch’s Twin Peaks: The Return) is one of the best, most disturbing depictions of space travel ever committed to film.

Some of this imagery, as well as the shocking nature of some of the more sexual and bodily-fluid related moments (both semen and milk make prominent appearances), has already drawn criticism after its world premiere here at the Toronto International Film Festival. Some feel it is there to be flagrantly gross and cruel and while that’s not completely untrue there is a larger, more essential sensitivity to the way Denis has deployed it that makes it so much more. The crew’s suffering is bleak and oppressive, but Denis invites us to witness it so that we truly understand the power of Monte’s conviction in his improvised mission that’s been thrust upon him by horror and circumstance; the seemingly futile gesture of raising a child during the Last Days, and Denis is so emotionally in tune with what that might feel like it becomes overwhelming. The ways in which we’ve seen Monte suffer and radically change over the course of his life on Earth and on the ship (one moment in the finale involving dogs is heart-aching in its implications on how fundamentally different he is) make it all the more moving when we reach the finale, which is one of the most delicate and romantic depictions of gazing into the apocalyptic abyss and seeing a future—a thing only a species as dumb and gross as ours would be capable of.

High Life premiered at the Toronto International Film Festival and will be released by A24 on April 5.