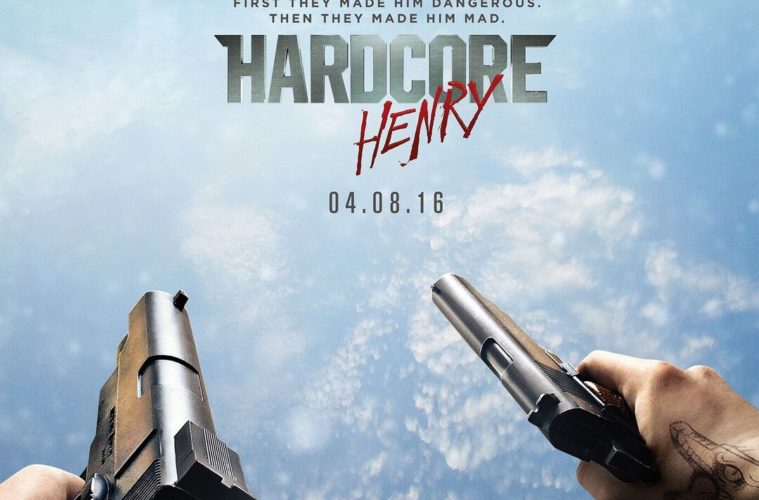 As a modern cinephile, there’s the common feeling of being overwhelmed by just how much you have to watch, that even when narrowing the entire history of cinema down to just the canon of noted filmmakers and films, you’ll never have the time for everything. Thus, when at a film festival, a kind of encapsulation of this forms: every year there’s the directors you like, the buzzed-about films, etc. So, for every other film, there’s a sense that they’re fighting against the great mass of more noteworthy movies, desperate for attention.

Which of course leads us to the gimmick film: something made almost entirely for the festival circuit, to be sold in the Cannes market, trotted out to genre-friendly sections of major film festivals, bought, and then subsequently dumped onto VOD where it gets the odd interested viewer only through a few critic pull-quotes.

But don’t think that prefacing a review of a silly first-person action movie with this is just running away from actually talking about it, but rather see it as the conditions under which Hardcore Henry plays best: a diversion from the more vaunted titles, or rather something which produces the occasional image (say every 15 minutes) of termite-art joy.

All told through the perspective of new cyborg Henry (this Russian co-production still needing English-language leads), his adjustment to his new ass-kicking body is quickly interrupted by the kidnapping of his scientist wife (Haley Bennett) by the film’s long-haired, telekinetic villain (who comes off as a Venture Brothers side-character voiced by Tommy Wiseau). Aided in his mission by Jimmy (Sharlto Copley) — who frequently re-spawns after multiple violent deaths, thus making the video-game logic rock-solid — he shoots, stabs and pummels his way through Moscow, whether it be public transit, a brothel, or various underground bunkers of science-fiction shenanigans.

It feels longer than 90 minutes because, despite changing locations frequently enough, Ilya Naishuller‘s debut feature never really has a strong sense of structure nor escalation to make it as truly kinetic as it wants to be. Yet, at least to some degree, the right spirit is there to lift it through some of the deadening stretches.

While perhaps not presented in a stylistic manner friendly to most Vulgar Auteurists, the film manages to pull off a hat-trick of comparisons to the movement’s deities. The rough-and-tumble cyborg mayhem recalls John Hyams’ Universal Soldier pictures, the final fight of hundreds of indistinguishable robot cronies is inevitably similar to a recent Paul W.S. Anderson film, and — even if not capturing their pure energy — there’s song-and-dance number featuring multiple robot clones that can’t help but make one think of a similar sequence from Neveldine/Taylor’s excellent 2009 feature Gamer.

The opening credits feature a montage of gory acts, including a baseball bat smashing a face and a knife slicing through a neck (the only instance in which the film’s ultra-violence is separated from the first-person conceit). This sequence, paired with the fact that the film makes almost no almost effort at “invisible cuts” for its conceit (not a “long take” here, people), lays the film’s lack of pretensions bare. Just hang on and savor the few exploding heads.