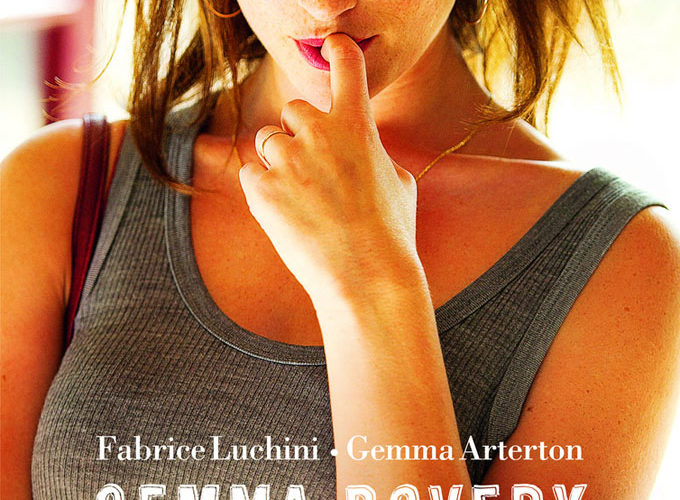 It might be hard to conceive of how a tragic story like Madame Bovary could be turned into a farcical and winning comedy, and yet here we stand. With remarkable tonal control from director Anne Fontaine and a winning pair of performances from Gemma Arterton and Fabrice Luchini, Gemma Bovery somehow manages to be an affecting and hilarious treat. Set in modern day Normandy, Gemma Bovery updates the Flaubert classic through a metatextual twist that both pays loving homage to the novel while also tweaking the tendency people who are obsessed with such works of fiction have to try to apply their favorite narratives to real life.

Arterton plays the titular Gemma, who along with her husband Charlie (Jason Flemyng) moves to the french countryside in order to get away from the stresses and bustle of their London lives. There she meets Martin Joubert (Luchini), a local baker who has taken over his father’s bakery and who is enamored with the idea of a woman who shares the surname of his beloved fictional heroine living across the street. However, Joubert’s innocent interest turns into a kind of hysterical (both in terms of mania and comedy) obsession once he begins to see in Gemma all the things that made Madame Bovary the tragic figure she was. Much of this film rides on the way in which Joubert views the actions happening around him, and Luchini displays a comedic presence that is as joyous to experience as it is harrowing to observe. With the barest of looks Luchini can send an audience into peels of uninhibited laughter, and his physical presence — stooped and yet somehow still energetic, contemplative and yet reactionary — is enough that his arrival into a scene can be a comedic beat onto itself.

The beautiful cinematography and camerawork play into the way in which the film channels Joubert’s point of view. In an achievement of no minor merit, the film manages to eroticize Gemma Bovery while never feeling exploitative. The eye of the camera, and of Joubert, seems occupied with the outward expressions of Gemma’s inner self, movements of pure grace and expressions of restlessness and longing. That Joubert’s lingering eye is played for laughs is another credit of the film, and another feather in Luchini’s cap.

Yet the movie is not his alone, and Gemma Arterton deserves all the credit one would expect her to receive as the starring actress in the movie whose title character shares her first name. A graceful and natural presence on the screen, Arterton gives a thoroughly modern accent to the archetypical character of a woman undone by her passions. Allowing for the moral conundrum that comes with any affair, Arterton nonetheless gives her Bovery the self-awareness to own her decisions — decisions which she makes as a fully-rounded character, not as a story piece. Therein lies the thrust of the film. We have classic narratives for a reason, and while it may be fun to look for parallels in our lives, the desire to fit everyone into a solid and recognizable character mold can actually be a painful and destructive process. For the observer, watching a tragedy happen in slow motion or having to see an established narrative veer wildly off course can be troubling. For the person just trying to live their own life, the concept of being pigeonholed can be both insulting and patronizing.

This concept is given thematic thrust in numerous ways both subtle and overt, none more clever and masterful than a scene towards the end of the film in which this story, Gemma’s story, is told through the perspective of three different men. It is a directorial and structural flourish which could play as superfluous and ostentatious, but in the hands of the Fontaine the moment is the ultimate distillation of the film as a whole in terms of both theme and tone — tragicomic in the extreme and buoyant to the end.

It is an amazing thing when a film can throw adultery and lies and the grim specter of tragic ends for all involved at an audience and yet still maintain a tone of light and utterly compelling humor. Gemma Bovery proves that just because you know a story, maybe even how it ends, that doesn’t mean it is not worth hearing from the mouth of a new teller.

Gemma Bovery premiered at TIFF. See our complete coverage below.