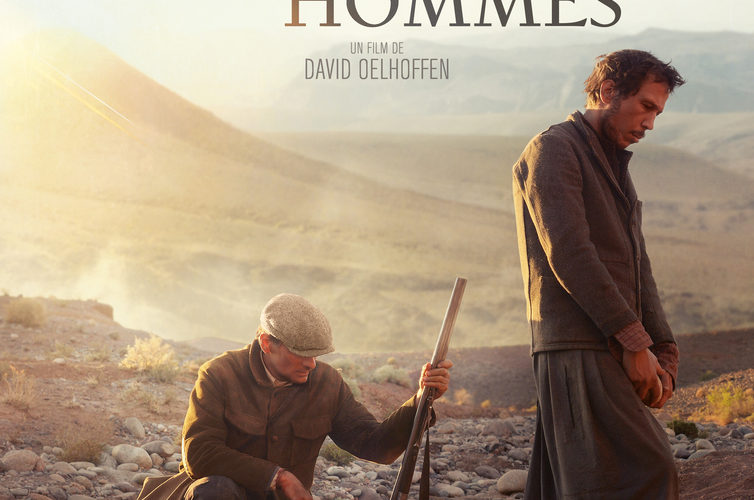 Writer/director David Oelhoffen has a special film on his hands because it’s powerful tale begs audience members to learn more about the subject. I’m not talking about the fictional character of Daru (Viggo Mortensen) secluding himself in the mountains to teach young Arab children how to read while civil war wages on or his unwitting ward of the state Mohamed (Reda Kateb) awaiting trial in Tinguit for murdering his cousin. I’m referencing the backdrop—where those mountains are and the “why” of the ongoing rebellion amidst them that spans two ethnicities, two languages, multiple races, and one common goal of freedom.

While I approached with little knowledge of Algeria’s state in 1954, I was able to get dropped into Oelhoffen’s story and let it unfold without preconceptions or historical bearing. To me Daru was a complete mystery—a Frenchman refusing to choose sides as both French and Arab attempted to force him. A man living in his school house alone to prove quite literally Far From Men as the title reads. He doesn’t want war, doesn’t want to win the country, or remove an entire people born in it just like he was. Daru’s fight is to educate the next generation of children away from the hate, entitlement, and bitter rivalry. If he can teach them to have a place in both worlds, perhaps peace can be real. It’s a wonderful thought and he is stubborn enough to believe it possible if not simply content to go about his life away from the carnage in hopes he can forget it still occurs without him. One friend arrives to warn that rebels are running rampant and teachers have died. Another enters with a prisoner. Daru says no thank you to both—he’s going to stay put with his rifle and everyone else can pass him by and go about their war. Only when that second friend leaves his captive does Daru find himself helpless from getting involved. However, despite his willingness to turn away and let Mohamed escape, the young killer refuses. In comes an explanation of ethnic customs to show how complicated things truly are.

We are exposed to a lot along their journey from schoolhouse to Tinguit. They cross paths with Mohamed’s cousins out to avenge their slain brother, a band of Frenchmen looking for anonymous payback for slaughtered livestock, a band of Arab rebels, and a corp of French soldiers—the latter two engaged in a firefight questioning morality and humanity. We also learn more about our leads — little things like Mohamed never experiencing a woman’s touch and larger things like Daru’s lack of place in the grand scheme of things. The latter truly is displaced and trapped within his home geographically if not philosophically. He has as much claim to Algeria as the next despite being unable to completely align with either. Or, more accurately, too easily matched by both once it suits them. Far From Men is a gorgeous film chock full of barren landscapes often peered upon from great distances. It’s a somber—and hopeful—elegy to a time of conflict and one that could draw parallels to many wars, including the one currently raging on between Israel and Palestine. It also works as a contemplative piece on mankind’s ability to retain integrity and empathy in a world easily susceptible to greed, power, and control. Both Mortensen and Kateb are emotive in a stoicism that’s only broken during moments of great tumult. They help each other remember what it is they are fighting for outside of the war surrounding them and how the country has worked itself into a frenzy despite fighting hand in hand mere years earlier.

There’s also a well-placed humor that can catch one off-guard before proving perfectly suited for the gaps in between high drama. Two men as different as can be in appearance and yet the same in their hearts, Daru and Mohamed need a little luck to survive until a potently climactic crossroads forces into their hands the choice of life over the unknown. A weighty decision like that coupled by a few harrowing moments needing Daru’s past to assist in keeping them alive—at least for the moment—deserves a few lighter passages to continue showing both as men above soldiers. There’s still room for them to simply be Algerian in small pockets of calm rather than French or Arab at the end of a gun.

Far From Men premiered at TIFF. See our complete coverage below.