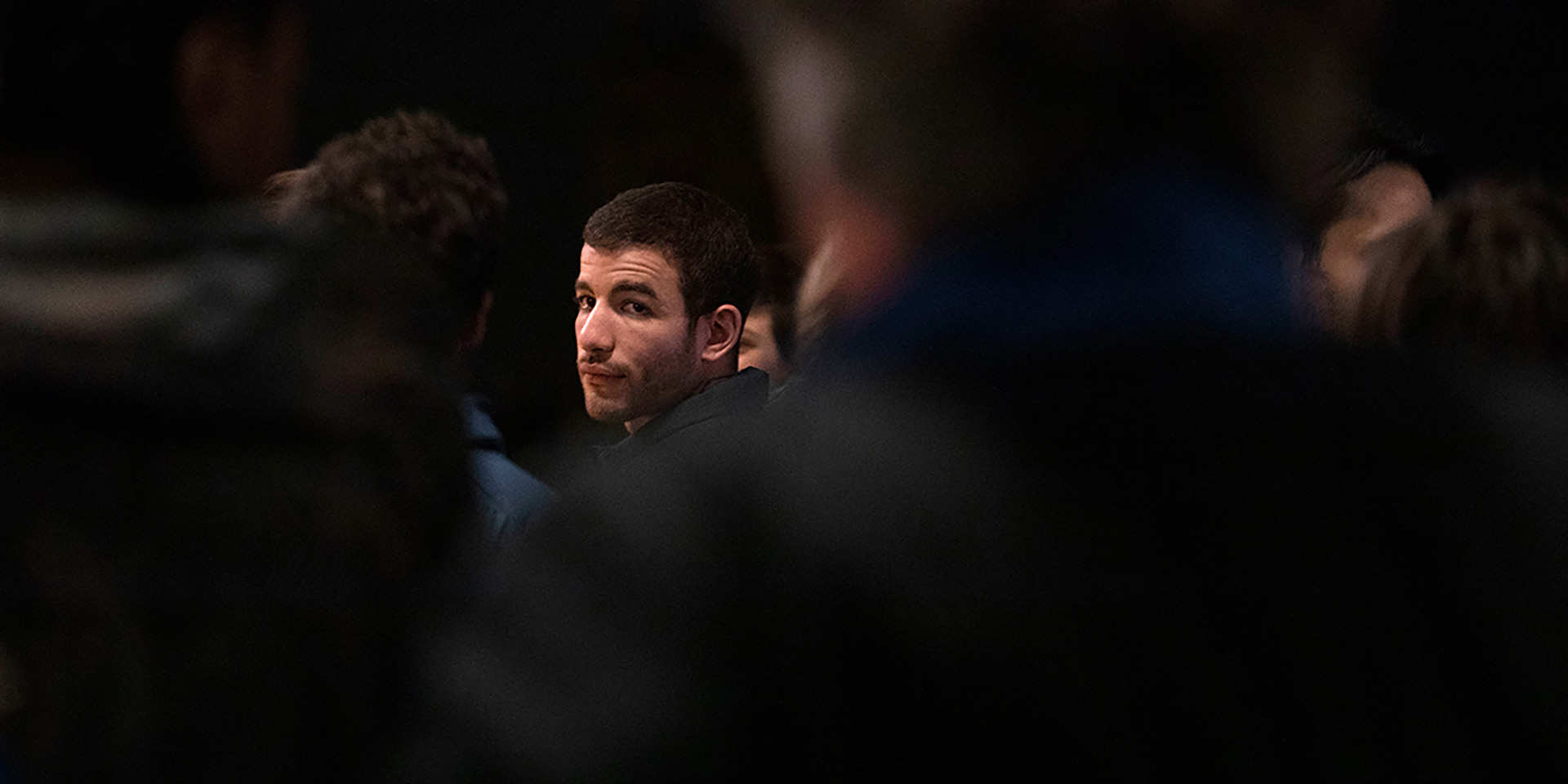 There’s an interesting lesson to be learned at the center Laurent Cantet’s Arthur Rambo—one it’s honestly shocking to think still needs to be learned. I don’t speak in reference to the director or his fellow co-writers Fanny Burdino and Samuel Doux, though, as many people talking about the film do. I’m talking about the people like Karim D. (Rabah Nait Oufella) who still can’t quite grasp the reality that social media isn’t a safe space. It’s not a diary to collect your rage and insecurities so you don’t spew them in public. It is public. The filmmakers understand that truth. Them writing a character who doesn’t—or is naïve enough to pretend he doesn’t—isn’t them being out of touch. It’s evidence that others are.

Celebrities dealing with past insensitive remarks online of late proves it too. Site-specific art is a thing for a reason, after all. Whether performance, conceptual, or whatever else, where your work is displayed has a major impact on how it’s consumed. A museum provides a different atmosphere than concert halls. The electricity of a busy street corner and the cavernous acoustics of an abandoned factory can’t be easily interchanged. It may not have been an explicit factor in why Karim chose to create an alternate persona, via Twitter, to voice to his rage through extreme ideology, but his explanation post-outing proves it was there just the same. But while Twitter is a virtual construct, it’s a tool for reality rather than a venue all its own.

What’s more is the fact that intent becomes moot the second you share your work with the world. Karim thinks he can circumvent the circus that results from the stark night-and-day devolution of being a celebrity author who champions immigrants against an oppressive system of assimilation where it concerns Arabs (like him) in France to, through five years’ worth of extremist viewpoints stating the opposite, becoming a pariah. In his mind, one doesn’t concern the other because one was “joke” while the other was “real.” How are we to know which is which, though? How are we to believe Karim’s so-called experiment as Arthur Rambo didn’t evolve into something much more insidious? We can’t. Not when that joke has surely helped indoctrinate thousands.

Instead of viewing this film as a commentary on public perception and the media’s cutthroat desire for clicks—having a journalist stop filming to double-check her subject understands he just dug his grave deeper shows this isn’t a hit piece on the press—we should be seeing it as an awakening to the power of our voices. All the fanfare Cantet whisks us through at the start, after local Arab French viewers see Karim on TV, isn’t any different than the vitriol that replaces it a few hours later once a news site publishes his alter-ego’s tweets. Both are knee-jerk reactions by distant bystanders trying to inject themselves into the chaos. Neither possesses nuance beyond the instant gratification of having an opinion, but the volume carries consequences.

So’s the cost of leveraging fame as a marketing tool. And you can’t say Karim doesn’t get that fact—he is nothing if not consistent about the Arthur Rambo account being valuable for its 200,000 followers. That number is why he kept going. It’s why his words became more heinous and why his publishing liaison even broached the subject of using it to promote the book. Karim may have truly started the account to be a “voice for the people” that provoked conversation, but he admits it quickly turned into an outlet that ultimately benefited him alone. That’s not something you can just walk away from on a good day, but definitely not when it places anti-Semitic, homophobic, and misogynist comments where they originated: his mouth.

His journey through the fallout is a complex web of emotions that, in turn, creates another false opportunity to divest himself of blame. First Karim puts the onus on readers for not being intelligent enough to get the “joke.” Then he weighs whether to apologize at all, since doing so might construe that he meant what he wrote. He has relied on the notion that anonymity would save him despite actively building the name to a level where anonymity no longer existed. On top of that is the revelation that it wasn’t anonymous anyway. His friends knew. His brother knew. They laughed along because they were angry too. And some of them even stopped laughing years ago because, to them, it was no longer a joke.

That’s where Arthur Rambo‘s potency lies: the battle inside Karim, as far as meaning what he wrote is important, but less so than the one inside kids like his brother. To them Arthur Rambo became a trusted voice. While Karim went wild to see if anyone would stop him—a common excuse in hindsight to, again, distance yourself from blame—those who didn’t started nodding their heads. Why? Because despite him couching his sentiments in bile, the frustration at their back was real to those harboring similar anger. And he must reckon with that reality; the evidence is there in black-and-white. It’s not a coincidence that he attacked Jews more than any other group. Rather than confront that truth, however, his avoidance let it grow.

Actions have consequences. And those who live by public perception must realize they’ll die by it too. What’s unfortunate in cases like this, however, is that you don’t die alone. Karim chose his words carefully in his book to honor his mother’s experience as an immigrant and the countless others struggling to overcome the stigma that label provides in white, European nations (not to mention America). He conversely chose as carelessly as possible in those tweets, to the point where he’s now dragging his mother and his people through the machinery of hate that will undo all the work done to combat prejudice. Karim found the line where fascist sentiment was concerned. It’s the unwitting proliferation of that which you’ve fought to overcome. Hate speech isn’t free speech.