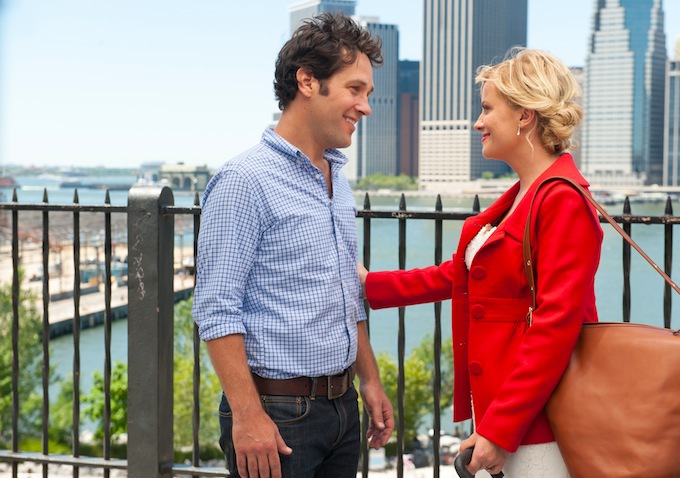 While films such as 22 Jump Street and Neighbors are sure to light-up the summer comedy box-office, we’re counting on David Wain‘s latest feature to deliver some of the biggest laughs. Premiering at Sundance Film Festival earlier this year and set for a release in June, They Came Together pokes fun at the redundant romantic comedy genre and today brings the first trailer.

Co-written with Michael Showalter, They Came Together follows Paul Rudd and Amy Poehler as they take part in a “subversion/spoof/deconstruction” of the genre, satirizing what looks to be every cliche in the book. The first trailer also packs a bevy of notable comedic performers, featuring Bill Hader, Ken Marino Cobie Smulders, Max Greenfield, Christopher Meloni, and many more. Check it out below, thanks to Buzzfeed, for one of our most-anticipated films of the summer.

They Came Together hits VOD and theaters on June 27th.