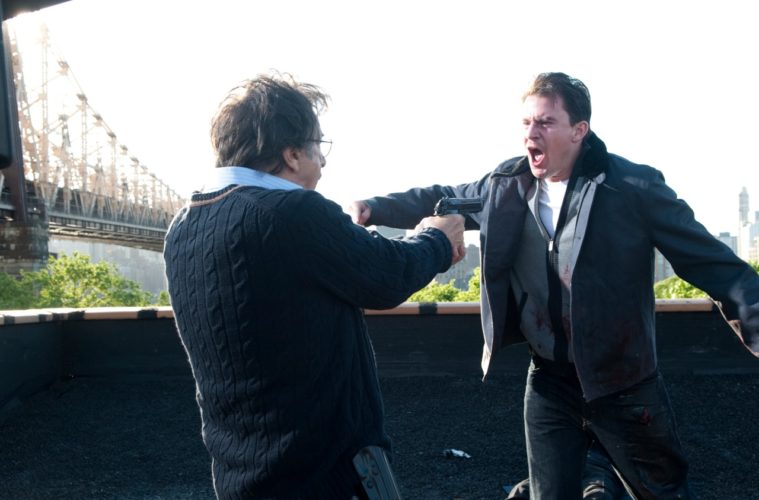 Three members of The Film Stage attended the very first screening of Dito Montiel’s third feature The Son of No One. The press & industry screening took place on Monday, January 24th, at noon at the Yarrow Hotel Theater. Later that day THR published a story stating reps from Samuel Goldwyn, Paramount, Summit, the Weinstein Co., Sony Pictures Worldwide Acquisitions Group, IFC Films, Morgan Creek, Screen Media, Miramax and Relativity were all at the screening. They described, from a source, that there was an “exodus” of walkouts.

Then, Deadline followed up with Cassian Elwes, who’s selling distribution rights for the film. He said the following:

“About a month ago, Dito decided to add a card, two scenes before the end of the film, that says, ‘Based on the book, Story of Milk.’ That is the character’s name in the film. Yesterday, the projectionist thought that meant the movie was over, and he turned the lights on. That’s when people got up. They thought movie had ended. Some left, but most stayed. This nasty little piece didn’t mention any of this. It’s not true that the movie is a bomb. We’re got three offers, but I feel some buyers pushing their own agenda with spin to bring the price down. Meanwhile, none of the reviews have come out. Before the press rushes to judgment, why not wait to see what real reviewers think, or at least get the story right?”

Both of these stories are untrue and after sites including The Playlist, Obsessed With Film, RumorFix, US Magazine, and others reporting, we aim to set the record straight. There was no “exodus” and the lights didn’t go up when Elwes stated. Up until the last 10 minutes of the film, it played out like a sub-par, often poor, cop drama. There were intermittent walkouts leading up to this moment, but no “exodus.” In what was to be believed the ‘final’ scene of the film, Montiel employed some odd (i.e. flabbergasting) editing choices which caused laughing, head-shaking, and groaning from a variety of audience members including myself. After the scene ended the title card came up “Based on the book: Story of Milk,” but no lights were raised. This slight confusion caused some audience members to gather their things and start to get up, but soon after we saw additional scenes wrapping up the plot. Many sat back down to finish the film, and this caused more groans since most already gathered their belongings to exit. Once those additional scenes ended, the lights came up and many exited as quickly as possible. With many needing to get to another screening, or do writing, this ended in a similar fashion, as with all press and industry screenings.

As for Elwes stating “none of the reviews came out,” we posted ours soon after the screening, which you can read here.