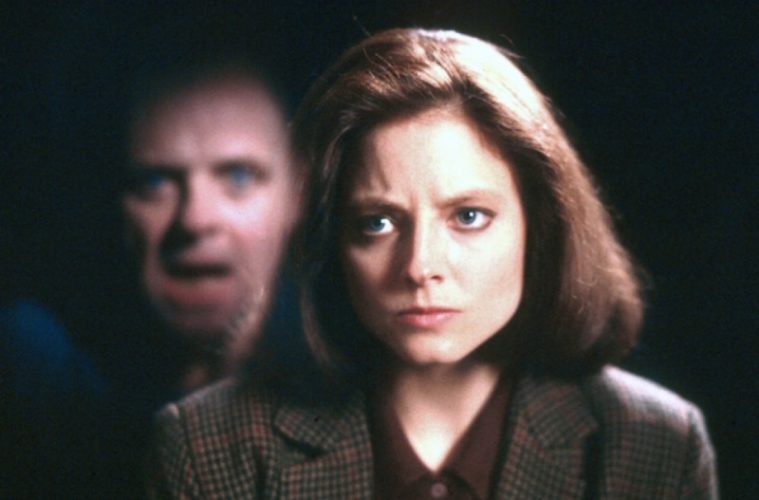 Jodie Foster once remarked, “My favorite female director is Jonathan Demme,” which was her way of saying that Jonathan Demme understood women. Her statement runs parallel to the fact that most of Demme’s best films are about women, including The Silence of the Lambs, Rachel Getting Married, and Beloved, among others. Demme’s movies gave women the space to be complicated, daring, unlikable, and vulnerable in equal measure. His filmmaking understood the gendered dynamics at hand due to his creative process opening itself to everyone involved in the making of the film. Demme isn’t so much a controlling auteur as much as he is a guiding hand for the narratives that are born out of a collaborative process. His films have certain hallmarks such as musical, rhythmic editing and an expansiveness that bends beyond the central narrative and — to paraphrase an idea from Pauline Kael — into characters who may appear for only a moment but are presented with such body language and distinctiveness that their own movie is likely as just as interesting as that of Clarice Starling (Jodie Foster) or Hannibal Lecter (Anthony Hopkins) or any of his main characters. The Silence of the Lambs, by far Demme’s most popular and enduring film, carries all those hallmarks and earns its place as one of the great American films by inundating itself with a thematic density that moves far beyond usual genre fare into something far more iconic and intellectually explosive.

Clarice Starling is a woman in a man’s world. We all are to a degree, but Clarice even more so, due to her FBI training. She’s immediately shown hopping into an elevator crowded by men who dwarf her in size and wear red to her gray. She’s an outcast among a sea of testosterone and has to prove herself doubly so to make it in this line of work. One of the central themes of The Silence of the Lambs is survival in the face of patriarchy’s worst evils. The film uses a structure which moves up the mid-Atlantic seaboard through states like West Virginia until moving inland to finally confront serial killer Buffalo Bill (Ted Levine). Her various tests along the way play out like a madhouse of twisted shock and horror with the investigation leading her further down a rabbit hole into hell. There’s the underground prison of Lecter’s mental institute where Clarice has a glob of semen hurled at her, the old storage locker where fog gives way to mannequins which give way to a dead body, and then there’s Bill’s seamstress playhouse where swastikas can be seen on the walls and windows are exchanged for views of dirt before finally coming upon the girl in the well. The Silence of the Lambs is essentially about one woman trying to save another woman and the lengths she will go to push herself along the way to be the best FBI agent she can possibly be even with society at large pressing down on her at all times due to her gender.

The Silence of the Lambs‘ feminism is tied to its narrative choices, but the density of its feminist content can also be traced to the cinematic form of longtime Demme collaborator Tak Fujimoto and the brilliance of the extreme close-up. The synchronization of Starling with viewers is key to the success of Lambs and this is in part achieved through the first impression of her superior officer Jack Crawford (Scott Glenn). In the close-up there are slight differences between how we are to perceive these characters. Crawford is framed from a place of aggressive directness with the camera’s point of view looking up slightly at his point-blank stare. Clarice, by comparison, speaks to Crawford with a tilt of her head, oftentimes looking off to the side as she speaks. It’s a sly comment on domination. Clarice is conflicted with Jack, seeing him as a leading officer who can advance her career, but also as a father figure. There’s some intimidation with how we are to perceive Jack Crawford, due to the preceding first-person establishing scenes involving Clarice running through the woods near FBI headquarters at Quantico and later entering an elevator surrounded by men. We’re already seeing through her eyes and walking in her shoes. This becomes near paralyzing when Hannibal Lecter is introduced later. Foster and Hopkins are brilliant in their back and forth interrogations of each other and, even with what is essentially prolonged shot reverse shot, a rhythm is created and a dynamic quality to the image is deepened through our relationship with Clarice Starling. Where Crawford was framed with the intentions of creating some level of intimidation, Lecter is framed through outright fear, pinning Hopkins face to the frame so that it fills out the image entirely many times. His deadening eyes and serpent’s tongue offer a come hither seductiveness that Clarice cannot avoid. She gets swept up in Hannibal Lecter because he’s this romantic, Luciferian figure whose wrath could unsettle the fragile relationship Starling carries with the man. Starling needs Lecter to find Buffalo Bill due to Lecter psychoanalyzing Bill years ago, but Lecter doesn’t offer easy answers. He plays games, which stroke his proverbial intellectual phallus and blackmails through half-truths until he gets what he wants. Starling is smart enough to play ball, but Lecter’s presence remains overwhelming.

These scenes with Lecter work to a brilliant degree in unleashing a wave of vulnerability in Starling and probe viewers to consider what it must be like to stand face to face with a man capable of such evil. In order to be a woman in this world you eventually have to reconcile your vulnerability. You can fight back, but you are disproportionately targeted by sexual predators, murderers, and others. It could be the creeping feeling you have when someone follows too closely on a street or someone knocks on your door in the witch’s hours of the morning. Every woman is familiar with the feeling of danger. It languishes as this background noise that can escalate if you suddenly find yourself in a situation where you’re overwhelmed or threatened. There’s an aching fragility that rests within women, but ironically we are made stronger by confronting this knowledge and carrying on regardless. Clarice Starling is an ideal figure for this idea as she’s constantly surrounded by women who have been cut up, ripped apart, and have no voice now that they rest on an autopsy booth, and yet still she persists in the hope of keeping other women from joining the ranks of those gone too soon. This, in turn, makes her heroic and the fact that she too skirts death — with an acknowledgement through the way that she’s framed and outnumbered by men in the image — amplifies her vulnerability and our concern for her. Demme and Fujimoto capture that feeling with pinpoint accuracy and stark realism.

If Clarice Starling is to face all the evil of a patriarchal world then the characterization of Buffalo Bill complicates and endangers the film. Bill is coded as a transsexual, but in the text of the film Clarice and Lecter toss this aside with a cute, but rather inaccurate description of transgender people as “docile and non-violent.” Tell that to the cops at Stonewall. Bill has asked for sex reassignment surgery, but has been denied by many doctors for not qualifying under their guidelines, which in turn is a rather nimble way of discussing the stigma within the medical community of transgender bodies and medically necessary treatment. In the rather famous tucking sequence set to the song “Goodbye Horses,” Bill’s body is framed as something monstrous, crossing the line between femininity and masculinity despite being in alignment with true-to-life transgender bodies to a degree. Bill prances and whispers before we see his Rocky Horror lips in close up utter the morbidly hilarious line, “Would you fuck me? I’d fuck me.” It’s altogether shocking, like opening the apartment door in Blue Velvet and entering into territory that we were never supposed to see. If Bill is a trans woman then The Silence of the Lambs feminist intentions are damned to a degree, but there’s something within the characterization of Bill that strikes me as sympathetic rather than truly vile. He is very obviously a monster, but he has looked for help in the only way he knew how to by seeking psychiatric counseling and gendered medical transition before being denied for both. Was he driven towards these actions by society’s misunderstanding of transgender bodies or was he always evil? The film never comes to a definitive conclusion on these questions. Bill is an enigma that I’ve never quite been able to figure out. He’s a curiosity with some level of hidden depth among all the bloodshed (which is only ever implied, not shown). He’s akin to Anthony Perkins in Psycho with his deep-seated secrets and confused reactionary violence rather than the blanket evil of most serial killer examinations in cinema.

Betty Friedan, author of The Feminine Mystique, said in an interview with Playboy that she “objected to the evisceration of the female body and that The Silence of the Lambs was absolutely outrageous.” This runs parallel to musician and activist Kathleen Hannah condemning the dead girl trope in the song “Fuck Twin Peaks.” The question I want to ask is how do we talk about these horrific gendered crimes without showing the evil of the world? Can we have a conversation about the reality of women’s bodies and their disposability in the real world without confronting the topic head on? I don’t believe we can, and cinema offers this extending hand by way of populist entertainment to bring these topics out in the open. The Silence of the Lambs is not a documentary, but rather a story that stems from an exaggerated version of our own terrible reality. Clarice Starling is a defining character of her generation for her guile, strength and intelligence in the face of inhumane problems, but more so than an archetype or a hero, she’s an incredibly interesting woman — one of many in the filmography of Jonathan Demme. The Silence of the Lambs’s longevity is in the depths of the mystery and horror that lies in its murky underworld, but the heart of the film is in the brilliance of Clarice Starling. A woman for the ages.

The Silence of the Lambs is playing at BAMCinematek on August 12 as part of their series Jonathan Demme: Heart of Gold.