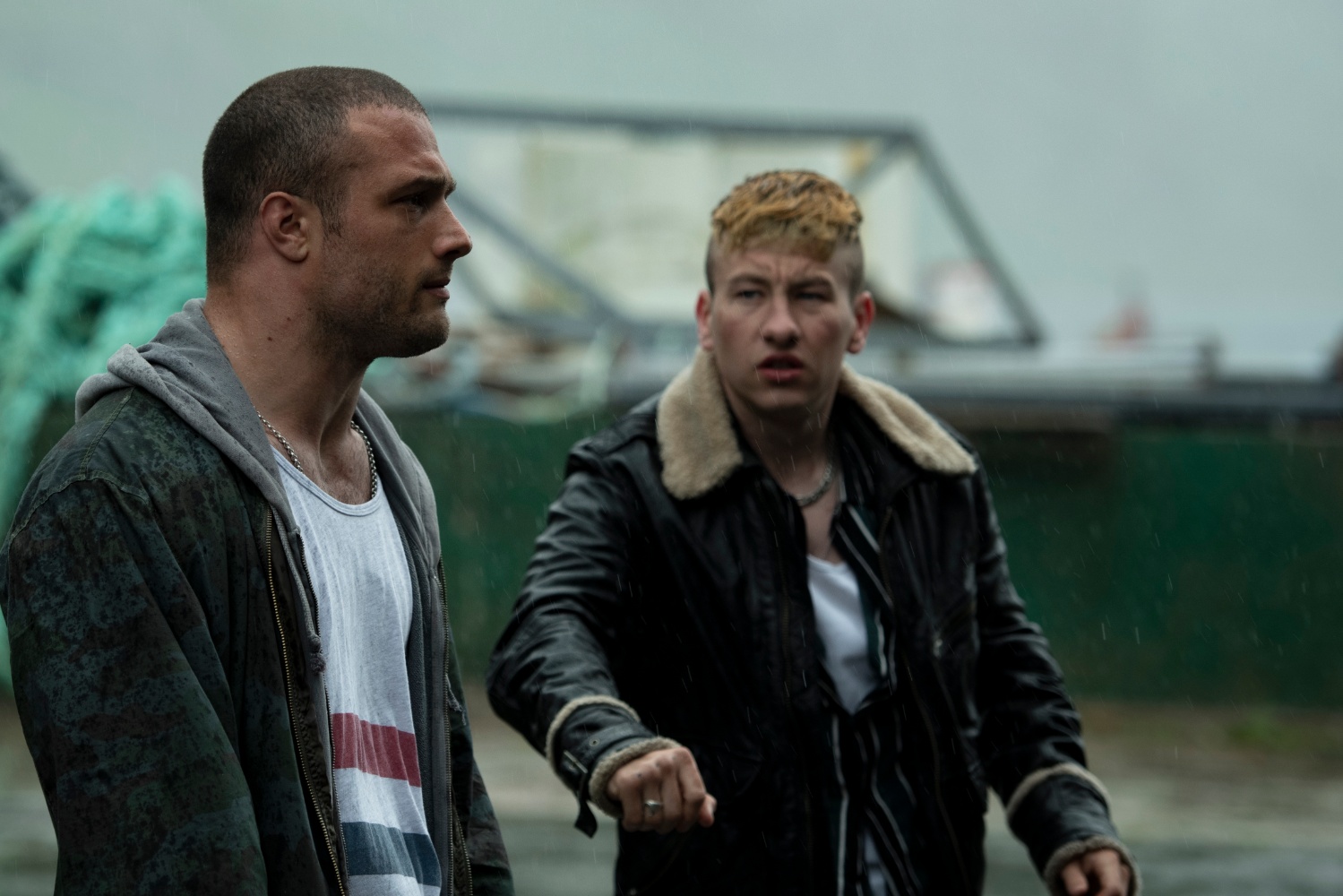 Going under the title Calm with Horses when it world premiered at TIFF last fall, Nick Rowland’s new drama starring Barry Keoghan and Cosmo Jarvis is now known as The Shadow of Violence and it’s one of the summer’s must-see dramas. Following an ex-boxer involved in the crime underbelly of rural Ireland, the film is set to get a release at the end of the month and now a new trailer and poster have arrived.

Jared Mobarak had high praise for it, saying in his review, “I’ve already mentioned Jarvis—who expands upon his breakout turn in Lady Macbeth—but I don’t want his delivering one of the year’s best performances to be diminished. It’s a role that could have easily been ruined by angst-fueled mumbling and frustration without the necessary heart to earn empathy. He instead lets us know about the pain inside and the never-ending struggle to be good that appears less winnable each and every day. Arm is a man whose purpose was stripped away and reclaimed by monsters doing everything possible to also steal his conscience.”

In the dark underbelly of rural Ireland, ex-boxer Douglas “Arm” Armstrong (Cosmo Jarvis, Hunter Killer) has become a feared enforcer for the drug-dealing Devers family. When his ruthless employers order him to kill for the first time, his loyalties are tested in this powerful thriller costarring Barry Keoghan (Dunkirk) and Ned Dennehy (“Peaky Blinders”).

The Shadow of Violence opens in theaters on July 31.