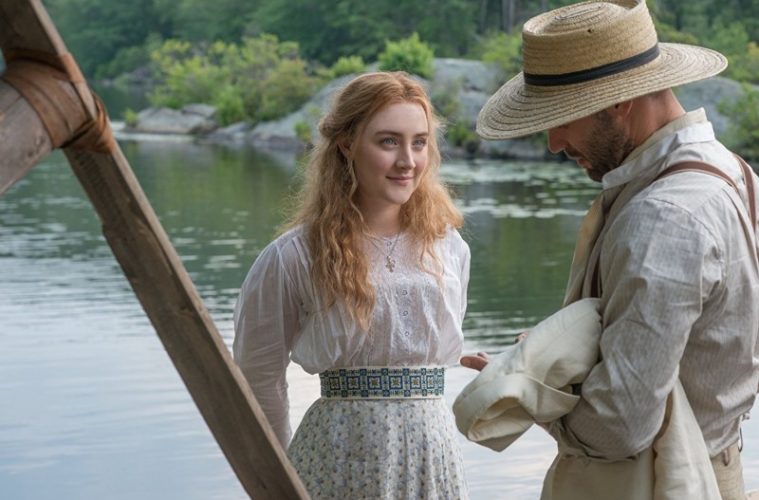 Not long after two high points of their respective careers, Annette Bening (20th Century Woman) and Saoirse Ronan (Lady Bird), have teamed for a new adaptation of the Anton Chekhov play The Seagull. Directed by the Tony Award-winning Michael Mayer (Spring Awakening), ahead of a Sony Pictures Classics release this spring, the first trailer has now arrived for the tale of uncouth love among the upper class.

“The play was trying to do something surprising and new: to show people behaving in naturalistic ways, to eschew histrionics and telegraphed emotions for something more nuanced,” Mayer tells EW. “[It allowed] the actors to truly live inside the characters they were playing, and to introduce the concept of subtext to world drama.”

One summer at a lakeside Russian estate, friends and family gather for a weekend in the countryside. While everyone is caught up in passionately loving someone who loves somebody else, a rich story unfolds about art, fame, parents and children, and human folly. Adapted by Tony-winning playwright Stephen Karam from Anton Chekhov’s classic play and directed by Tony-winning director Michael Mayer, THE SEAGULL asks the timeless question about how to live a purposeful life in a tragicomedy starring Annette Bening, Saoirse Ronan, Corey Stoll and Elisabeth Moss.

The Seagull opens on May 11.