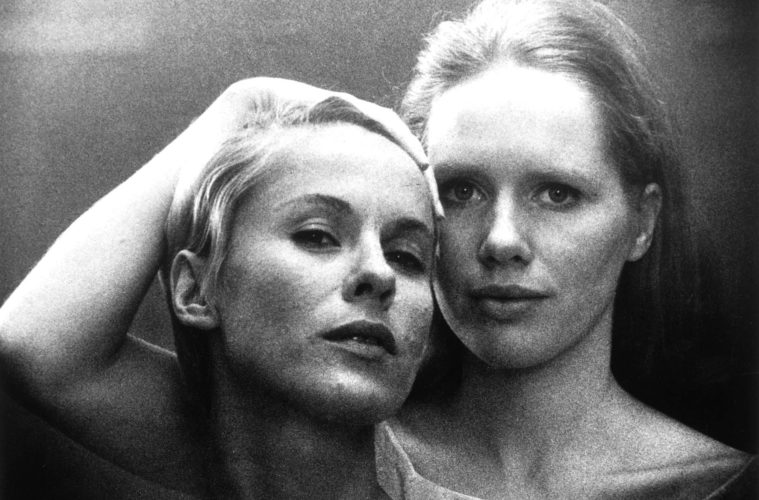 The Persistence of ‘Persona,’ Hating Movies Properly, the Filmography of Gus Van Sant, and More For The Criterion Collection, Thomas Elsaesser on The Persistence of Persona:

Persona is instantly recognizable thanks to two shots that have become its emblems: a boy touching a woman’s face on a giant screen and two women looking at each other (and us) across an imaginary mirror. Defining images for the film, they also stand for an idea of the cinema—in fact, for two distinct but complementary metaphors of what cinema is: a portal, a window, a passage you can enter or (almost) touch, and a mirror, a reflection, a prism that gives you back only what you project onto it. Persona is also cinema about cinema—a point that Bergman makes clear with his six-minute prologue montage sequence—which is one of the reasons it is such an irresistible challenge for writers.

“Have you seen it yet?” It’s a question I find myself thinking a lot (and occasionally writing with the Caps Lock off) whenever I read through comment sections on this and other sites. It obviously crops up most with early movie reviews and comments that are a a pleasant blend of Especially Vitriolic and Devoid of Details, and until now it was a vague annoyance that seemed slightly beyond definition. Then last night while recording the forthcoming episode of Broken Projector, Geoff mentioned that he recently watched a movie he knew he he wouldn’t like in order to “hate it properly.” Lightning struck. The Childlike Empress was named. Hating movies properly is a great concept — one that sadly has been challenged by people who want to react to something they can’t react to yet.

Harvard’s Sensory Ethnography Lab is hard to find. An interdisciplinary program scattered about the university, it is nowhere in particular and everywhere in general: Its minuscule staff and handful of students draw on the resources of the Harvard Film Archive, the Film Study Center, and the Anthropology Department. As Stephanie Spray, co-director of their newest film,Manakamana (which opens in Boston in April or May), jokingly puts it, it’s “in the cloud.” You could almost say that SEL is not so much a place as a state of mind that fuses scientific objectivity and an almost spiritual faith in the power of film. And yet the laboratory has formulated a ferocious new documentary style that is transforming nonfiction filmmaking, and maybe cinema itself.