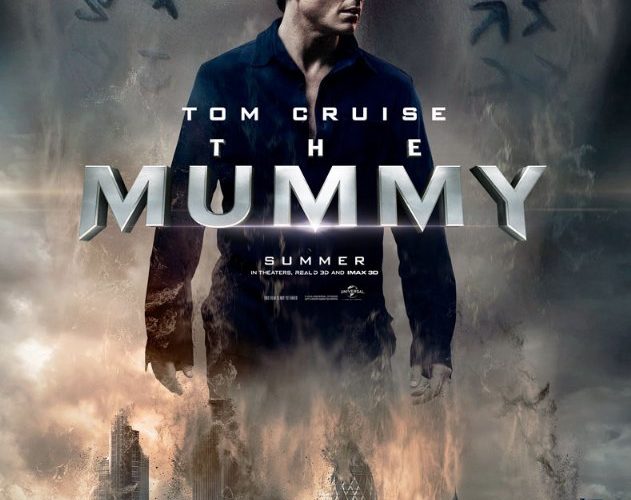 Review: ‘The Mummy’ Tosses Tom Cruise About, Earns Both Laughs and Scares

For about five minutes at the top of The Mummy, Tom Cruise gets to be Indiana Jones. Well, kind of. He’s Nick Morton, a soldier of fortune less interested in archaeology than getting rich. After he and his sidekick Vail (Jake Johnson, doing a whole bunch of cracking wise) raid a not-so-abandoned village for supposed treasure, they stumble upon a cavernous tomb holding the sarcophagus of an evil Egyptian princess (Sofia Boutella) forgotten by time. As directed by Alex Kurtzman and written by a billion people, this high-concept horror picture is meant to introduce us to Universal’s “new world of gods and monsters.” And while it does take on the franchise burden in hefty doses, the film remains a fun, and funny, B-movie throughout.

Before long, the mummy is let loose upon the world. London, to be exact. Thankfully and conveniently, there are steps that must be taken before she can rule. Annabelle Wallis co-stars as Jenny Halsey, a researcher connected to a mysterious doctor (Russell Crowe) with muddled motivations. Crowe (hamming it up big here) serves as an exposition machine of sorts, for both the plot of the film and the expanded narrative to come. Thankfully, any and all world-building is accompanied with a good dose of smirk. The filmmakers appear begrudgingly aware of the requirements of this “universe,” and do their best to play with the confines: one or two scenes that initially play as stale are subverted by a final action or line that upends what’s come before.

The lion’s share of the credit goes to Cruise, who’s thrown about in this thing like his career depends on it. The man seems fairly aware of his status among his fans: while some (myself included) still enjoy the smile and the devil-may-care charm, his likability factor is largely gone and it’s not coming back. As he’s (quite rightfully) become a punching bag in the media, so he’s become a literal punching bag onscreen. So why not play the damsel in a tentpole? Why not dive headfirst into physical comedy to keep the folks happy?

Kurtzman’s willingness to make a fool out of his leading man is what keeps The Mummy light and worthwhile. Cruise has performed bigger stunts and certainly worked with filmmakers with a better sense of framing action, but the playful tone sustains these proceedings. One wishes more had been made of Wallis and her character; as refreshing as her introduction is — brushing off Cruise’s cocksure act and getting down to business — not much is there. Similarly, Boutella’s take on the titular monster is creepy if a bit unmemorable. (In fact, there is a scene in the middle that feels engineered solely so that the film could pass the Bechdel Test.) And yet, despite the shortcomings, The Mummy offers one breathtaking plane sequence, some genuine laughs from Cruise, and a budding sense of adventure.

The Mummy opens on Friday, June 9.