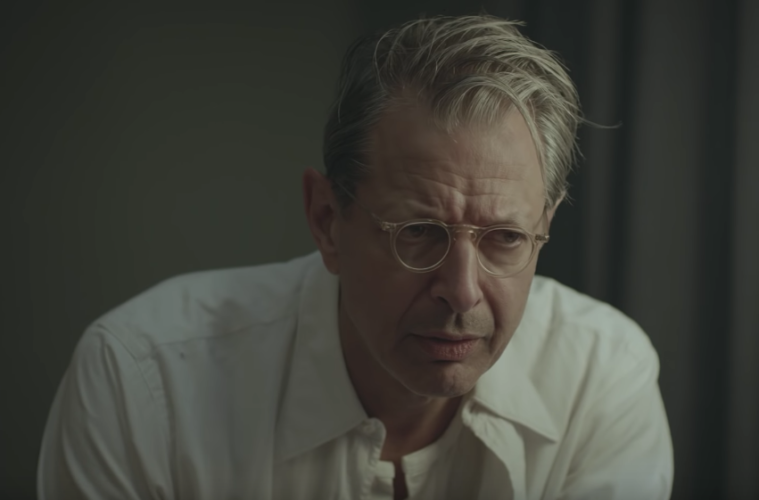 ‘The Mountain’ Trailer: Jeff Goldblum Wants You to Give Lobotomy a Second Chance

Following up his divisive films The Comedy and Entertainment, Rick Alverson once again got humorously bleak with his next feature The Mountain, which had its world premiere at the Venice International Film Festival. Set in 1953, the movie conveys the relationship between an introverted teenager Andy (Tye Sheridan), whose mother has been institutionalized, and the seemingly charming Dr. Wallace Fiennes (Jeff Goldblum), a famous lobotomist whose career is in sharp decline. As the Doctor evangelizes his harmful procedures to save his dwindling career, Andy becomes infatuated with a patient (Hannah Gross) and his worldview shifts accordingly with his burgeoning sexual feelings. Ahead of a summer release, Kino Lorber has now debuted the first trailer.

Rory O’Connor said in his review,” As an uneasy admirer of Entertainment, it took me a while to pinpoint exactly why Alverson hadn’t managed to repeat that film’s delicate balance. One need only read a handful of interviews with the director to get some idea of the man’s intelligence, however, with the greatest respect, it seems a brilliance of the removed, academic kind. Considering that the film was co-written by Dustin Guy Defa (whose debut feature Person to Person was such a blast last year), it’s strange that The Mountain ultimately comes across as an experiment of the sort that Goldblum’s character might have been interested in. It’s clever, cold, and devoid of the one thing it assumes to be interested in: humanity.”

Speaking about his intent for the film, Alverson told The Upcoming, “A lot of my films are are anti-utopian because are a counterweight to an overabundance of hyperbolic positive messages in cinema and the media, particularly in the US, that are all aspirational… it’s dangerous; it disconnects us from the world’s limitations, the fact that limitations make up everything around us, that they let us comprehend the beauty of the world but also our place in it, and without them, we become disconnected from things, we don’t understand anymore….It’s the narrative that we are unbound by these constraints. The film is about constraints and limitations.”

Co-starring Denis Lavant and Udo Kier, see the trailer below.

1950s America. Since his mother’s confinement to an institution, Andy has lived in the shadow of his stoic father. A family acquaintance, Dr. Wallace Fiennes, employs the introverted young man as a photographer to document an asylum tour advocating for his increasingly controversial lobotomy procedure. As the tour progresses and Andy witnesses the doctor’s career and life unravel, he begins to identify with the institutions’ patients. Arriving at a California mountain town, a growing center of the New Age movement, they encounter an unconventional French healer who requests a lobotomy for his own daughter, Susan.

The Mountain opens on July 26.