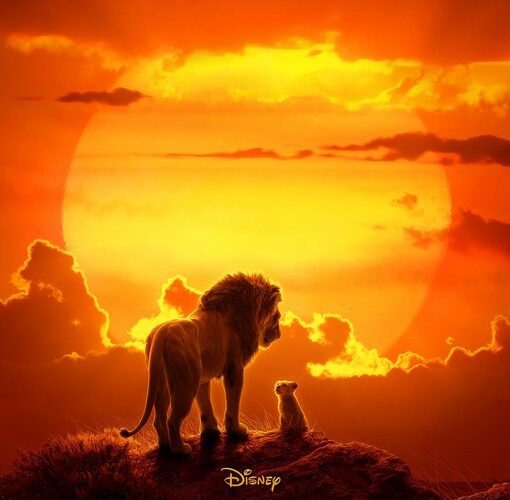 People are getting excited because Nintendo Switch is releasing a port of Link’s Awakening—an RPG that originally came out on the Gameboy two decades ago. More than a port, it’s an actual remake wherein everything is more or less the same with improved graphics and tweaks in gameplay wherever the developers see fit (surely in concert with what the new system can handle that the old couldn’t). That excitement is justified because they’re breathing new life into a classic game we can no longer play unless still in possession of an obsolete system. As such, the idea of doing something similar to The Lion King within its own medium should earn its share of buzz too. It often behooves advancing technology to introduce its updates via familiarity.

Asking an audience to feel the electricity that this sort of promise in the future cultivates does demand compensation, though—namely an improvement. Despite prevailing wisdom, Disney has sometimes understood this point when it comes to their recent spate of live-action re-imaginings of hand-drawn favorites. David Lowery augmented the magic of Pete’s Dragon by giving the property a top-to-bottom makeover its poorly aged predecessor needed. And Jon Favreau took a glorified sing-along in The Jungle Book and reinvigorated its dramatic potential with state-of-the-art, photo-real special effects alongside a narrative plot with purpose. Whether or not Cinderella, Beauty and the Beast, or Aladdin lagged behind them where storytelling ingenuity was concerned doesn’t really matter because success did occur. Favreau in turn deserved our faith to strike gold twice. And why not when the story hasn’t changed? Scar (Chiwetel Ejiofor) still jealously wants the throne and connives his way into killing the king (James Earl Jones’ Mufasa) and scaring the prince (JD McCrary’s Simba) into self-exile. That cub still grows to beefcake status (with Donald Glover taking over the vocals) despite a diet of grubs, still ignores his destiny with the help of nihilistic friends (Billy Eichner’s Timon and Seth Rogen’s Pumbaa), and still needs to be reminded of his identity by Nala (Beyoncé) and the sage (yet less erratic) Rafiki (John Kani). Simba must lose his way to find his strength and overcome the voice of insecurity his uncle ingrained within him to reclaim the powerful and just leadership qualities his father imbued by divine right.

While morphing the “special effects” Disney honed on The Jungle Book into full-blown feature-scale animation (because that’s what this remake remains) proves an award-worthy feat, aesthetic realism is only improvement if it improves the whole. The women sitting at my left might subjectively suggest Favreau’s The Lion King does exactly that because they were rendered speechless multiple times as insects flew into frame and lion ears twitched, but I don’t think anyone could objectively agree considering how these graphics ultimately harmed the whole. With Jeff Nathanson’s reworked script comes Favreau’s newfound visual realism that strips everything of its former personality. That bounce in these characters’ steps is replaced by a lumbering trot. Those crazy cartoon angles jam-packed with animals are removed for authentic proportions and physics. So the moment the admittedly impressive surface sheen wears off—right after the glorious opening set to “Circle of Life” that retains the original’s flawless silent film mechanics—everything begins unraveling. First it’s the boring movements that adhering true anatomy to true gravity requires and then it’s the realization that exaggerated expressions must be dialed back to zero as stylistic embellishments in facial features would ruin any vérité ambitions. The purpose of animation is to provide us what reality can’t, not to recreate what already exists in a predetermined way. My eyes eventually stopped paying attention to the fact these characters’ mouths were moving at all because watching them didn’t add anything. The experience wouldn’t change if they talked via telepathy like The Adventures of Milo and Otis.

That honestly might have been better since it would have let the actors go bigger in their performances. Even though the bones of the script are almost identical to the one Brenda Chapman oversaw, virtually all its humor and fun has been excised. Every over-the-top interjection from Zazu (John Oliver) during “I Just Can’t Wait to Be King” lands with a thud; “Be Prepared” has been retooled into a spoken word call to arms skewing towards sinister malice instead of haughty delight; and the hyenas see their fast-paced comic hijinks dismantled completely. Everything is painted into a corner of verisimilitude and thus must be homogenized to fit those restraints. This means the animals must also look the same. Scar is neither formidable nor menacing. He’s merely a tattered-looking Mufasa. I must then wonder if this iteration would be worse off had you never seen the cartoon. So much of my emotional investment was born from knowing how these characters interact rather than their current interactions. If I cared about Mufasa’s death at all, it’s because of the nostalgic pain remembering his face and Simba’s distress conjured. It’s seeing the fire in a deranged Scar’s eye as he watches his brother fall, not the matter-of-fact roar of Lion #2 snarling upon releasing Lion #1. There’s something to be said about time allowing us to judge Favreau’s The Lion King on its own merits, but I’m starting to lean in the other direction wherein space will only prove how hollowly disengaged photorealism is when compared to the freedom of expressionist charm.

This makes absolute sense too. There’s a reason postmodernism in painting was born after the advent of the camera. Portraits are still commissioned because some patrons like to tether quality to an artist’s ability to mimic reality, but a unique perspective moving beyond visual truth to emotional import is what transcends. That visual effect artists worked to combat the uncanny valley this past decade makes sense because they were integrating digital creations into our world. Having a real-life Mowgli (or Pi Patel from The Life of Pi) therefore grounds the fact that everything else is fake if only so we can dismiss its impossibility as his imagination. If all we have is that virtual manipulation, however, we’re forced to confront how uninteresting its characters are in isolation. Moving past this doesn’t excuse a glaring change Disney has begun making of late: turning antagonists into villains. You may scoff at the distinction, but I believe it must be made. Just like Beauty and the Beast‘s live-action remake turned a boorishly self-inflated Gaston into a malicious malefactor intent on murder, Nathanson elevates Shenzi the hyena (Florence Kasumba) to a rarified air of contempt that makes her scarier than Scar. Doing so means he must explicitly enlist her during “Be Prepared” as an outsider and thus blur the line of authority. If Scar didn’t already lose his edge from the homogenized character design, he surely does here. Because Shenzi doesn’t get more to do, though, that extra evil only ruins the memorable rapport she had with her renamed cohorts.

It’s one of many tweaks that hurt more than helped. Between the duller musical arrangements, uninspiring “dance” choreography, and neutering of Scar as an interesting character beyond his purpose to the plot, it’s actually tough to spot what does work. To me, it’s two things. One: the new song “Spirit” that will certainly fulfill its duty and garner an Oscar nomination. The young kids to my right who sat pretty still the whole time considering they probably knew the original film by heart finally started grooving as soon as Beyoncé was heard singing it. Two: Timon and Pumbaa. Where the lack of expressive character design does Oliver no favors, Eichner and Rogen are riffing and having fun despite it. A little more of that would have gone a long way.

The Lion King is now in wide release.