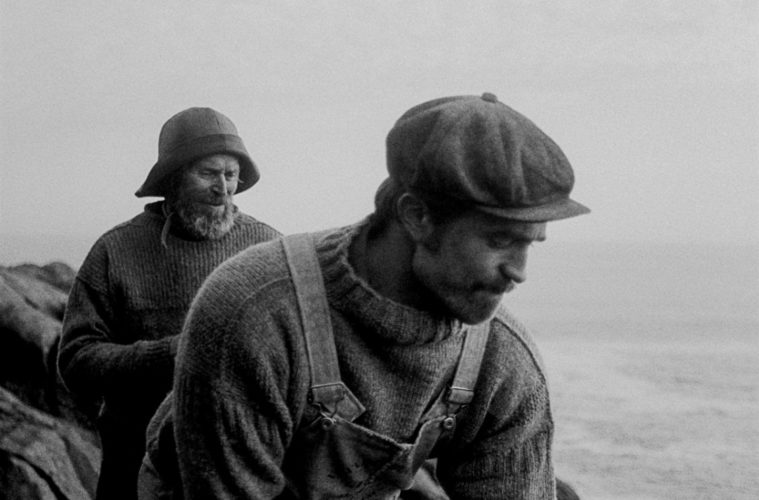 For all its finely considered dread, the reason Robert Eggers’ ungulate-deifying debut The Witch made such a cultural mark had far more to do with its sense of mischief. Sure, puritan religious life is fine, Eggers seemed to say, but have you ever tried living deliciously? His second feature, The Lighthouse, brilliantly confirms that taste for devilry and narrative subterfuge. It’s a ghost story drenched in gritty, saltwater-flecked period accuracy and anchored in cautionary maritime fables, but one with a boozy, amorous, and darkly comic edge that made me think of everything from The Birds to Ben Wheatley’s similarly trippy A Field in England. Needless to say, it rules.

Shot in black-and-white on a piece of Atlantic rock off the coast of Nova Scotia, Willem Dafoe and Robert Pattinson give two outstanding performances in what can hardly have been the most pleasant shoot. A story goes that when Michael Caine was given the script for Jaws 4 he went as far as “Scene opens on a hotel in the Bahamas” at the top of page one before putting it down and saying he’d do it. The day-to-day of making The Lighthouse, one imagines, could hardly have been more different, and there is something inherently thrilling about seeing an actor like Pattinson race across wet, jagged rock with rain pelting him from all angles, wind whipping about through his lovely hair. We need not suspend an ounce of disbelief as the realness of the moment is etched on his face, regardless of what other things might be slithering around him. Pattinson plays Ephraim Winslow and Dafoe plays Thomas Wake, both lighthouse keepers who, at the beginning of the proceedings, arrive on a barren island for a four-week stretch to do whatever it is that lighthouse keepers do. Winslow is the farm-boy newbie, so he has to accomplish nasty tasks like cleaning the cistern and pushing wheelbarrows of coal through the mud. He also masturbates furiously to a little figure of a mermaid he finds hidden in his mattress. Wake is the more weathered and storied of the two, so spends most of his time drinking and spinning yarns. He also gives himself sole responsibility for attending to the lamp, which he stares into at night like a weirdly adorable, bearded Sméagol. The liquor flows; shanties are sung; the less revealed about the rest, the better.

Much like The Witch, there is something quite mesmerizing about the meticulousness in the period detail here and how Eggers so seems to revel in it. The Lighthouse was shot using old 35mm cameras, on Orthochromatic film stock–an early standard in movie-making that was replaced because it made skin tones too dark–and is presented in that squared-off “Academy” screen ratio, a move that accentuates the style of Eggers’ balanced compositions while adding to the men’s increasing claustrophobia and insanity. Cinematographer Jarin Blaschke (who also shot The Witch) fluidly tracks and cranes his camera to follow the madness, often in unrelenting close-up. Blaschke’s work is morbidly complimented by Mark Korven’s score, a mix of low strings and menacing, repetitious fog horns. The image thus has the tactile look of old documentary footage, like something by Robert Flaherty (a similar style can be seen in Mark Jenkin’s great recent film Bait), but with a hyper-reality to suit the genre tone. There is also a rich authenticity and theatricality to the dialogue–which was surely painstakingly researched–that would have been somewhat lost were it not for the manner in which Pattinson and Dafoe deliver it.

Dafoe, always at home to this kind of material, relishes every syllable as if it were his last, and if your idea of a good time at the movies is one were that great performer walks around farting and smoking a pipe and saying things like, “It’s time for a dab and chatter” and “Melt in hot Promethean fire!” in a Cornish accent while sparring with his younger costar, you are more than in luck here. Some of Pattinson’s very best work has come in period pieces (The Childhood of a Leader, The Lost City of Z, Queen of The Desert, etc.); while his elocution isn’t quite on Dafoe’s level, what he lacks in that department he more than makes up for in his sheer manic physicality. To see him shovel coal into a furnace is to see the face of God. Yarrr.

The Lighthouse premiered at Cannes Film Festival and will be released by A24 on October 18.