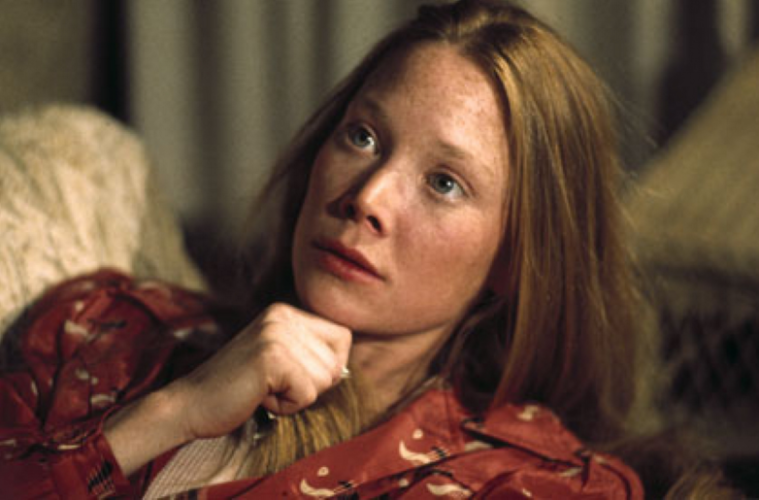 The Hope of ‘Welcome to L.A.’ and the Restraint of ‘The Fourth War’

Alan Rudolph’s first major feature under the tutelage of his mentor and frequent collaborator Robert Altman demonstrates the filmmaker’s penchant for grooving interweaving narratives into intoxicating tones. Altman turned the City of Angels into a crashing melodramatic kaleidoscope in 1993’s Short Cuts, but Rudolph prefers jarring effects to come through more organic moments of minor gestures. Take the film’s opening shot: after establishing its cast of characters over the soulful tunes of Keith Carradine’s title song, Rudolph cuts to a shot looking up from the back of a cab, the palm trees barely visible over the cab’s leather seating. The camera pans over to Geraldine Chaplin’s ponderous face until she suddenly turns right toward the camera and addresses it. Rudolph makes Los Angeles an oppressively isolating land, but he’s never oppressively rushing at this point as other contemporary filmmakers did.

Rudolph models Welcome to L.A. on Ophüls’s La Ronde, centering on Carradine’s Carol Barber, a prodigal son and musician who begrudgingly returns and spends most of his time sleeping with every woman he meets as soon as they make eye contact. The cast of characters begin as clichés — Harvey Keitel’s overworked businessman, Sally Kellerman’s lonely real estate agent, John Considine’s sleazy husband, Sissy Spacek’s new age wanderer — but Rudolph stages interactions that reveal the deep longing inside. The camera never swings, but glides through a room to capture a glance for an extra second. Rudolph works through interiors as spaces of characterization, and here it’s about windows they stare out — views of Los Angeles which expand forever, without an end. “I like to shoot empty street corners,” Lauren Hutton’s photographer remarks, and Rudolph creates a film in which fulfillment exists beyond the contained space, turning telephone conversations as lifelines to the greener pastures. Chaplin maps LA through the city’s cab routes, as if trying to piece together a special map, and it’s not hard to see Rudolph’s goal as finding the hidden connections. Where Altman used grand coincidences as proof of life’s utter randomness, Rudolph bridges them with hope.

A legacy film, no doubt, but an enjoyable war romp done with gusto from director John Frankenheimer and star Roy Scheider. The Cold War has finally thawed, but Col. Jack Knowles, a Vietnam Veteran who never got his chance to prove his worth, gets a second life in command of a snowy Czechoslovakia border. On his first day on the job, he comes face-to-face with his Soviet counterpart in Jürgen Prochnow’s Colonel Valachev, who shoots a refugee right in front of him. While the time for peace has come, Knowles decides to sport a white coat and sniper rifle and go hunting across the border into the night, mischief with a bit of extra firepower. While the powers that be — including Harry Dean Stanton as a not-particularly-convincing four-star general — try to monitor his motions, nothing can stop Knowles (as well as Valachev) from having one at making this a war of egos and explosions.

Frankenheimer may have softened from the sharp filmmaking that made The Train and Seconds crackerjack picture-making, but he brings a needed restraint to overdoing the film’s small scale. Indoor conversations are his strong suit, as the former live television director works his way around the various power dynamics with rhythmic cutting and intense camera swings. Scheider may still feel a little young for the role, but he brings a dry humor to his violent Tom and Jerry-like antics, never better than when throwing himself a birthday party while pointing a gun at three young captured Czech soldiers. Prochnow, best known for his old-timer role in Das Boot, creates an equivalently frightening soldier with eyes bulging out of his face. As the two finally face off head-head, the fighting becomes bruising, bawdry, and brutally awkward. Frankenheimer codes an ambivalence in the film’s brilliantly staged final sequence atop a frozen lake. There was honor once in this fight, even if its time has finally passed.

Welcome To L.A. and The Fourth War are now available on Blu-ray.