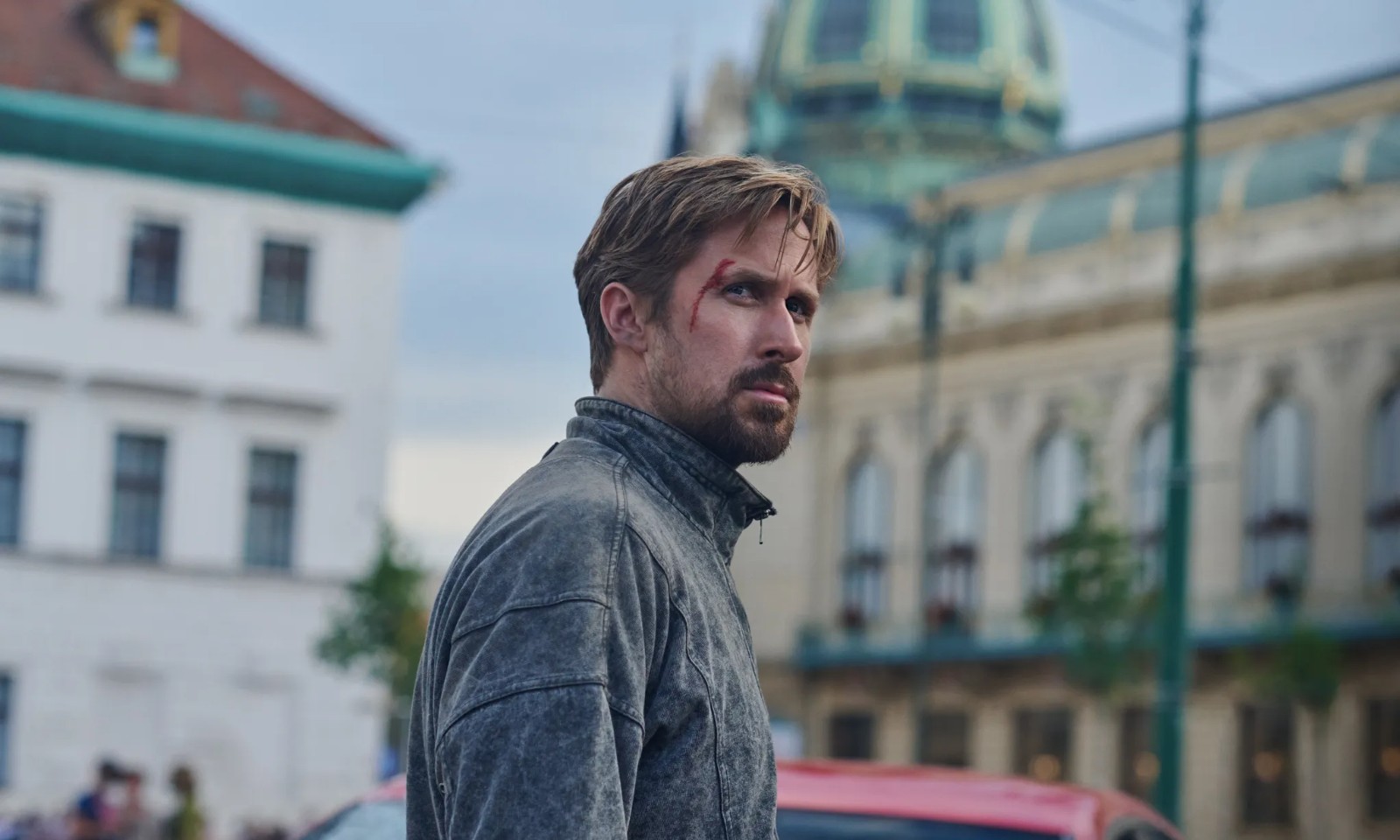 Netflix’s dreary $200 million franchise hopeful The Gray Man deserves at least one compliment: it begins with relative finesse. Recruited out of prison as a tattooed, bleach-blonde lowlife in 2003 by CIA handler Fitzroy (Billy Bob Thornton), we instantly catch up with Six (Ryan Gosling) eighteen years later on a botched mission in Bangkok. His conscience unfortunately coming into play over an assignment to take out his colleague, he soon finds himself on the run alongside fellow agent Dani (Ana De Armas) as their knowledge of nefarious CIA actions becomes too great. On their trail is Hansen (Chris Evans), a sociopathic company man we see introduced conducting torture, alongside dozens of international assassins out to collect the bounty on Six’s head.

Gosling, who’s always likable even when a little smug, just can’t help seeming above the whole enterprise, no matter how many nice clothes he’s given the opportunity to wear. And Evans’ nemesis—with the haircut and mustache of an alt-right media personality while still delivering lines with the self-aware cadence of a second-rate Ryan Reynolds—recalls how his Marvel contemporary Chris Hemsworth rang a little uncomfortable playing a villain in last month’s Spiderhead. Certainly the veteran Billy Bob Thornton’s appearance as a man in a suit is enough to conjure Bruckheimer flashbacks, but sadly we’re in an era far from the pleasures of even those very dumb movies.

While the Russo Brothers get some glamor from a globe-hopping production—Vienna deserving of a giant title font, Croatia hilariously relegated to the country and not an identified city—as opposed to shooting in another Atlanta parking lot, their mode of production still feels stuck in hideous modern filmmaking. Look no further than a computer-generated long take of Six chasing a bad guy mid-air after jumping from a blown-up airplane à la the rightly forgotten ’90s Schwarzenegger picture Eraser. This “set piece” effectively renders the spy thriller into a weightless superhero movie; if anything, credit to the Russos, who have staked their place in film history as the most commercially successful directors to not have a single auteurist trait beyond corporate moviemaking fealty.

The Gray Man can make one appreciate the relative eccentricity of a somewhat similar, big-budget action boondoggle like Gemini Man, which at least tried to push the medium with its high-frame-rate gimmick. Any stylistic brio in this streaming title boils down to a few swooshing drone shots that at least give the thing some pulse, additionally recalling the similar flourishes in Michael Bay’s rollicking Ambulance. Though truly this bloodless, sexless exercise is further encapsulated when the plot ups the ante (so to speak) by putting some sassy kidnapped teen girl with a connection to Six at stake. This emotional backbone is maudlin and rather easy, as if it’s afraid to deal with actual adult themes or real-world political repercussions. But is that surprising when everything about it is like a facsimile of a real action movie? Even the usual attempt at post-Tarantino dialogue rendered into modern soy banter with Chris Evans and Billy Bob exchanging unfunny lines about if people truly like cats or not.

Ultimately The Gray Man is far from offensive, and for some it’ll scratch that itch for the kind of thing destined for eternal lazy Sunday afternoon play on TBS, but it’s hard not seeing it as representative of a lowering of standards—the content-ization of cinema, if you will. Perhaps it’s already time to bid on that Ana De Armas Firing a Bazooka NFT.

The Gray Man is now in limited release and comes to Netflix Friday, July 22.