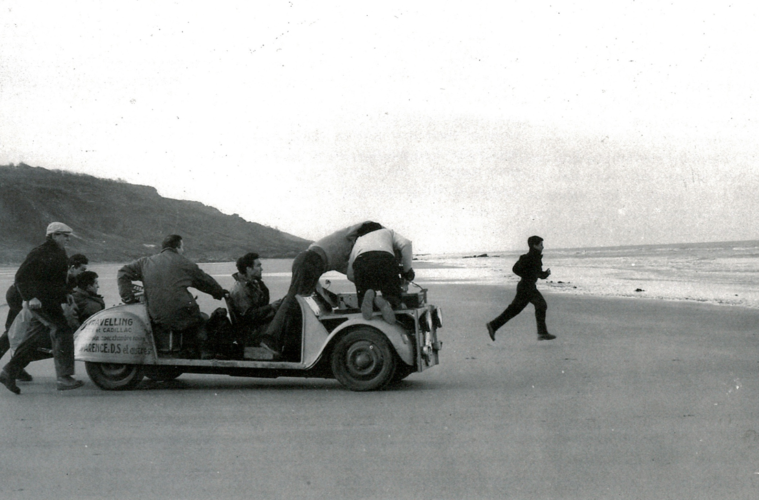 Ahead of the release of the critically-approved Tusk, Kevin Smith has made peace with critics, /Film reports:

Watch a video essay on Orson Welles‘ recently discovered and released Too Much Johnson:

At Film School Rejects, Landon Palmer wonders if “New Waves” are over:

The legacy of the French New Wave looms large over modern film history, yet its legacy is decidedly messy, one that refuses to fit comfortably within one stable tradition or definition. The movement became popular alongside the rise of European art cinema during the late 1950s and early 1960s, yet many of its films preferred playfully anarchistic pastiche over a reverent approach to cinematic modernism. Unlike other European postwar filmmaking traditions, the French New Wave both loved and hated Hollywood filmmaking, with its members ranging from the political dissidence of Jean-Luc Godard’s work after 1965 to the cheeky MGM-invoking festivals of radiance that were Jacques Demy’s 1960s musicals.

Watch a video on the restoration of the Cabinet of Dr. Caligari, coming to Blu-ray this fall: