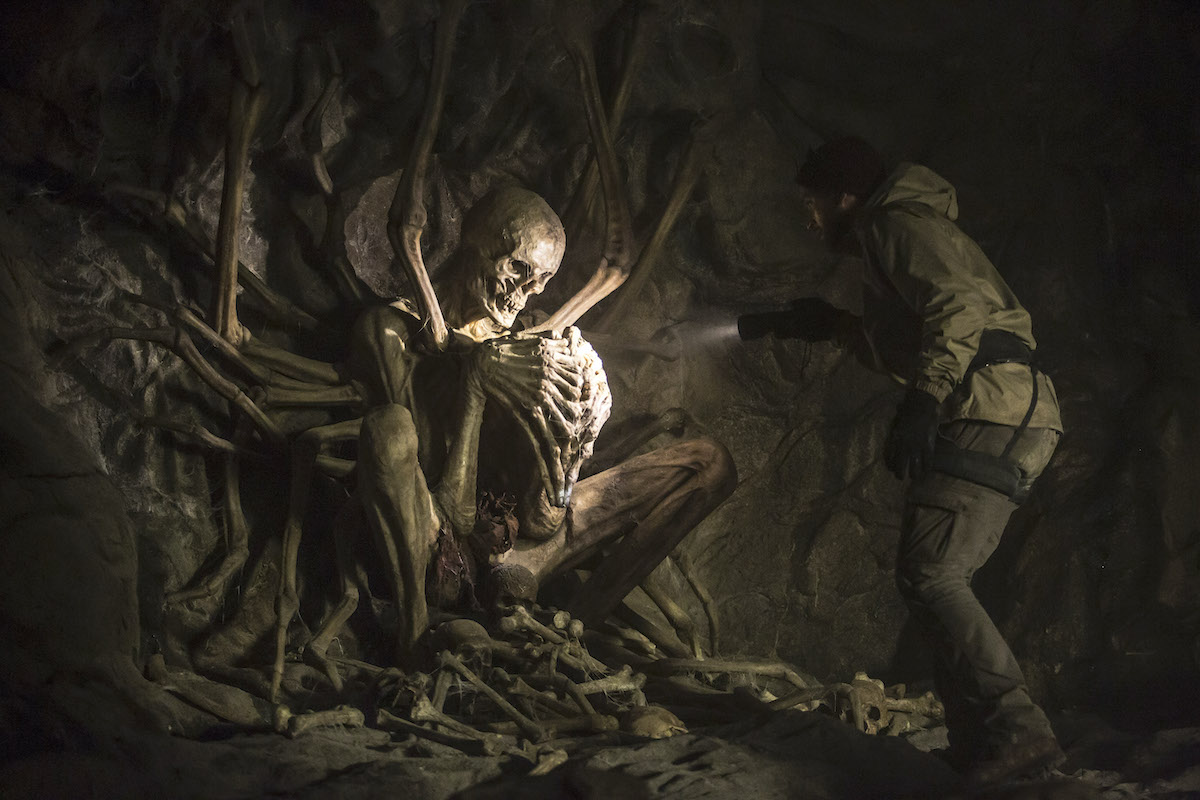 As an optimist that believes theatrical exhibition will survive, I look forward to the day when David Prior’s The Empty Man is introduced by a genre geek at an upcoming cult screening, perhaps Weird Wednesdays at the Alamo Drafthouse. The Empty Man is a curious creation, arriving as a B-movie compromise from Disney for beleaguered theaters while the studio ships its A-level movies like Pixar’s Soul to Disney+. This picture, with a 137-minute running time, was seemingly plucked from the limbo of the pre-Disney Fox vault, and although Disney has changed the name of the studio in February, they didn’t even spare the expense to swap out the 20th Century Fox logo and presenting credit on the DCP sent to theaters.

Putting aside the business of distribution and exhibition, as well as The Empty Man’s unique time and place in cinematic history, for much of the film’s running time it’s a meticulously-crafted feature film debut, adapted from Cullen Bunn’s graphic novel by Prior, whose credits include several behind the scenes/making of documentaries of David Fincher films. Clearly he has learned well by watching a master at work, directing an “elevated genre” picture that explores a rather silly idea and edges it towards that intersection of camp and art house with a few genuine thrills before completely derailing. It’s a bad sign in a horror film when it has to continue to explain itself and the story’s connection to its very long and evocative prologue.

After said prologue, the film opens a long time ago in 2018 in Webster Mills, Missouri, a small town outside of St. Louis. Grizzled self-defense shop owner and ex-cop James (James Badge Dale) is drawn into an unusual disappearance of his former lover Nora’s (Marin Ireland) daughter Amanda (Sasha Frolova). He plays private detective and, after asking around at the local high school, Davara (Samantha Logan) introduces him to the concept of “The Empty Man,” a Slender Man-like figure summoned by kids that really should know better.

After a chilling discovery under a bridge and the freak stabbing death of Davara, James is put on the case by a local detective (Ron Canada) who also struggles to make sense of a series of interconnected Empty Man-inspired murders. In an effective monologue, he proclaims the acts to be “communicable,” a word we’ve certainly gotten to know well in 2020. This sets James down a path towards the Ponitfix Society, a secretive cult interested in the “transmission” of ideas led by Arthur Parsons (Stephen Root), a quasi-preacher interested in sharing the message of The Empty Man.

From here the film takes many turns as the investigation unfolds, cloaked in philosophical inquiries that transcend the boundaries of the typical B-movie. There is perhaps a reason the local high school is named for Jacques Derrida as the film veers into the kind of territory that may inspire a kid who has just read about semiotics in his film analysis class to explain what’s transpired to his non-cinema study major pals. The convoluted ending, in which the pieces do rapidly snap together thanks to a lot of explaining, will be easier to understand for those that have some college coursework in communications and film theory.

The Empty Man is often a carefully-crafted picture, edited by Prior and Andrew Buckland (Ford v Ferrari) with a sound design that makes it worth seeing and hearing in a cinema. Even if during its 2-hour and 17-minute running time it doesn’t cut many corners in the process, this pace allows the horror time and space to breathe before running off the rails. While the film never quite elevates itself to a harmonious balance of camp and art house, The Empty Man doesn’t lack ambition. The first two-thirds largely work while the last third is so silly that I’m not even sure a genius filmmaker who frequently pushes the boundaries of camp and obscure dramatic ideas like Atom Egoyan or Bong Joon-ho would have the tools to pull it off.

The Empty Man is now in theaters.