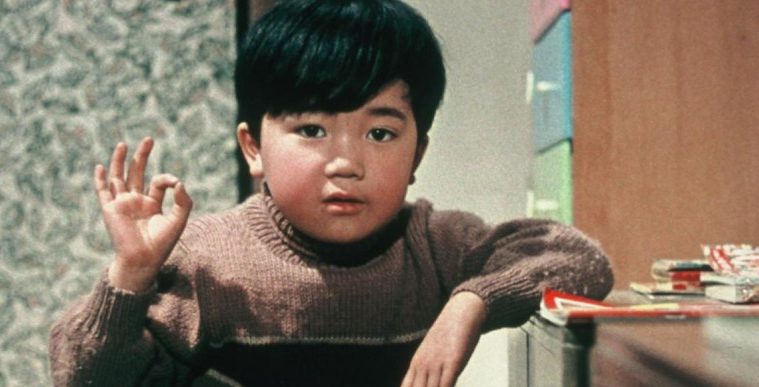 Yasujirō Ozu tends to be known by reputation as a restrained, despondent dramatist — and not, regrettably, as one of the rare artists immaculately in tune with the psychology, behavior and energy of children. His 1932 silent comedy I Was Born, But... is a delectable slice of humor, humanism, and social satire, grounded by an exceptional insight into the verbal and physical language of grade-school boys and brought to life by pitch-perfect performances a cast of young actors. In Good Morning, his characteristically sedate, loose remake of the aforementioned silent film, Ozu revisits similar thematic territory from the wizened perspective of his postwar films. Now with the tools of full audio and Technicolor at his disposal, Ozu spins a social and emotional tapestry from a 1950s Tokyo suburb in which two young brothers, desperate for their own TV set, take a vow of silence in protest against the frivolous speech of adult society.

Amidst a landscape of economic upheaval and social repression, Ozu — whose 1953 drama Tokyo Story was voted the greatest film of all time in Sight & Sound’s 2012 poll of filmmakers — celebrates the bluntness and emotional naïveté of his child characters, and is not above indulging their fondness for flatulence-driven humor from the very first scene. At the same time, the film suggests darker social undercurrents the likes of which Leave It to Beaver wouldn’t dare touch: housewives gossip and cast aspersions on one another, salarymen struggle to maintain their middle-class lifestyles, hurtful words are exchanged between family members. The new Criterion Collection disc is remastered in beautiful 4K definition, and among several featurettes includes I Was Born, But… in its entirety. Above all else, the two films together stand as powerful testament to the shared experience of boyhood across generations and cultures alike.

Though Terry Zwigoff‘s 2001 dark comedy Ghost World may hail from this century, its spirit belongs unmistakably to the 1990s. Apathetic teens, postmodern nihilism, suburban malaise, local video stores, and Thora Birch — playing a far more layered and interesting variant of her alienated high schooler from American Beauty – all mark the film as a distinct cultural product of pre-9/11 America. And yet, as the 2010s approach their waning years and a new generation of culturally displaced youths comes of age, Ghost World seems as poignant now in its ode to outcasts, losers, loners and misfits as it’s ever been.

Adapted by Zwigoff and Daniel Clowes from Clowes’ graphic novel of the same name, the film follows wayward high school graduate Enid (Birch) as she spends her last summer before adulthood pulling pranks with her BFF Becky (Scarlett Johansson, in a time when she was allowed to inhabit flesh-and-blood humans on the screen) and forming an unlikely bond with eccentric and desperately lonely middle-aged record collector Seymour (a meek, heartbreaking Steve Buscemi). The film drips with Zwigoff’s characteristic cynicism and misanthropy, as an angry and confused Enid rails against the evils of consumer culture, political correctness, sexual repression, capitalist enterprise, everyday stupidity, and the general scourge of inauthenticity. But hidden within the sardonic sea of bile is a creeping pathos, a heartbreaking portrait of loneliness seen through eyes both young and old, which culminates in a quietly devastating finale. This edition from the Criterion Collection includes new commentaries and featurettes with Zwigoff and Clowes, and even printed excerpts from the original Ghost World graphic novel.

Good Morning and Ghost World are now available on The Criterion Collection.