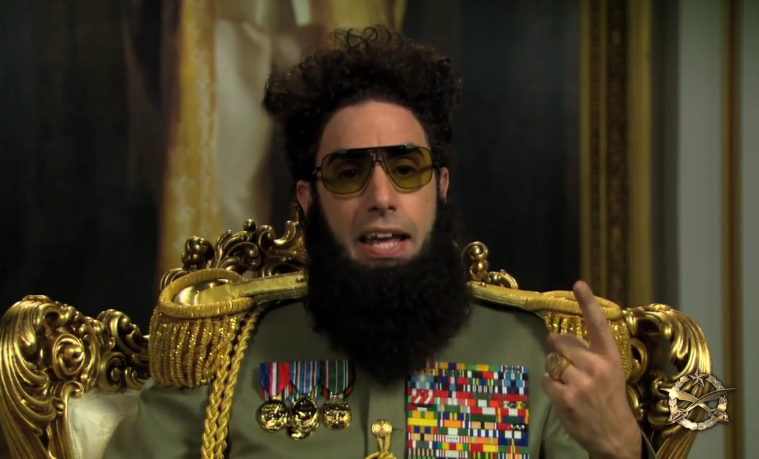 We’ve got some release updates today, as studios have pushed back their films (one major delay and one minor) and one entirely new date. First up Paramount has slightly delayed Sacha Baron Cohen‘s latest comedy The Dictator. Instead of arriving on May 11th with Tim Burton‘s Dark Shadows, they’ve set a May 16th Wednesday bow, which now puts it right on the heels of Universal’s Battleship. While no one quite knew the tone of the Johnny Depp film, the first trailer revealed more comedy than expected, hence the distancing. [Deadline]

Also being pushed back is Gavin Hood‘s adaptation of the Orson Scott Card novel Ender’s Game. Instead of a March 2013 bow, Summit Entertainment has set a more confident November 1st, 2013 release for the film starring Asa Butterfield, Ben Kingsley, Harrison Ford, Hailee Steinfeld, Abigail Breslin and Viola Davis. Currently set against Roland Emmerich‘s Singularity, for those who aren’t familiar with the books, they explore a world “70 years after a horrific alien war” where an “unusually gifted child is sent to an advanced military school in space to prepare for a future invasion.”

Lastly, Walt Disney has set Angelina Jolie’s next film Maleficent for a March 14th, 2014 release date. Scripted by Linda Woolverton and set to be directed by Robert Stromberg, the Disney feature takes the classic story of Sleeping Beauty and tells it all from the perspective of its main antagonist, Maleficent. We’ve gotten many revisionist fairy tales as of late, so I’m hoping this one has a fun tone a la Enchanted, Tangled and even Mirror Mirror rather than some of the dreary Tim Burton films, which Stromberg has worked on.