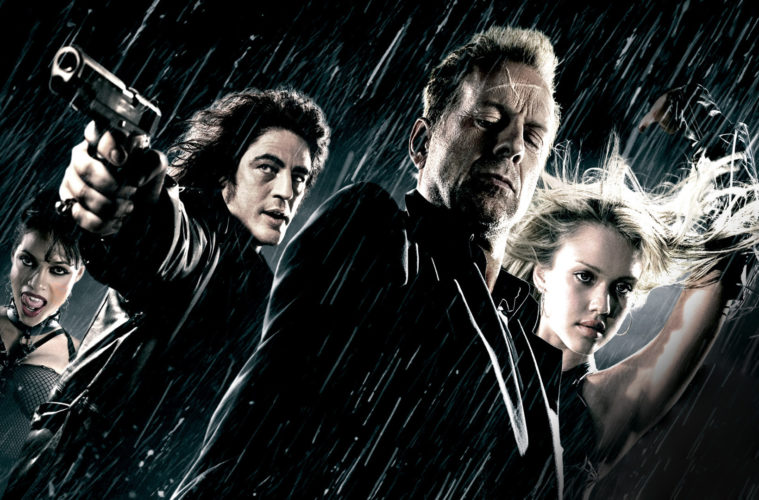 When William Monahan received an academy award for writing Martin Scorsese‘s The Departed (which also took home best picture), it looked like he would be getting offers from all the best directors. That’s not entirely untrue, he did write the screenplay for Ridley Scott‘s Body of Lies, but that film would generally be considered a disappointment, as was the other film he wrote after winning the oscar – Edge of Darkness. After that, he decided to turn to directing, with London Boulevard. Again, no luck.

Now, coming a mere couple of days after it was announced he will be reteaming with Scorsese, THR reports that he has been hired to write the script to Robert Rodriguez and Frank Miller‘s Sin City 2, working from a recently completed draft by Miller. Looks like Mr. Monahan is back in business, and Hollywood is all the better for it, he is a talented writer.

It could also be argued that Rodriguez and Miller‘s last respective big screen efforts – Spy Kids 4 (don’t even get me started about the supposed “4D”) and The Spirit – were distinctly poor, so their reteaming for a sequel to the highly successful Sin City should hopefully mean good things and the hiring of Monahan is a sign they’re serious about this thing. And I’m glad, the original’s stylish visuals combined with the dark atmosphere was superb, and it would be nice to see Rodriguez return to the heights he once soared.

Shooting is to hopefully to be started by the end of the year, meaning we could be seeing the sequel as early as late 2012 but 2013 is probably more likely. No word yet on who is returning or of any new characters, but it has been rumoured that Mickey Rourke and Jessica Alba will reprise their roles. Whatever the case, you can count me in.

Do you think the addition fo Monahan will help the sequel? Were you a fan of the original?