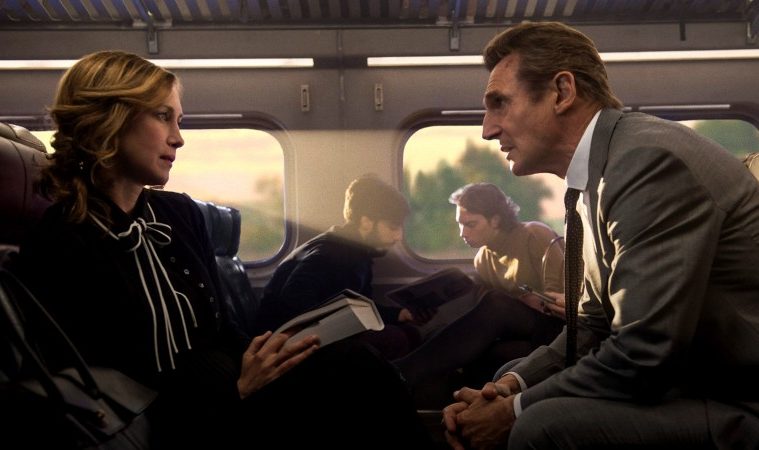 If this year feels a little peculiar, it might be that there’s no new Jaume Collet-Serra film, an occurrence that hasn’t happened since 2013. Thankfully, one is just around the corner this January with The Commuter. While the title might hint at a docudrama about the horrors of the MTA, the film actually finds the director once again embracing B-movie thrills, and now a new trailer has arrived.

The film presents Neeson’s character with a question of morality: for $75,000, will he uncover a person with seemingly evil intentions on his train? Judging from this new trailer, he goes along with the plan and Hitchcock-style entertainment unspools. Also starring Vera Farmiga, Patrick Wilson, Jonathan Banks, Elizabeth McGovern, and Sam Neill, see the trailer and poster below.

In this action-packed thriller, Liam Neeson plays an insurance salesman, Michael, on his daily commute home, which quickly becomes anything but routine. After being contacted by a mysterious stranger, Michael is forced to uncover the identity of a hidden passenger on his train before the last stop. As he works against the clock to solve the puzzle, he realizes a deadly plan is unfolding and is unwittingly caught up in a criminal conspiracy. One that carries life and death stakes, for himself and his fellow passengers.

The Commuter opens on January 12.