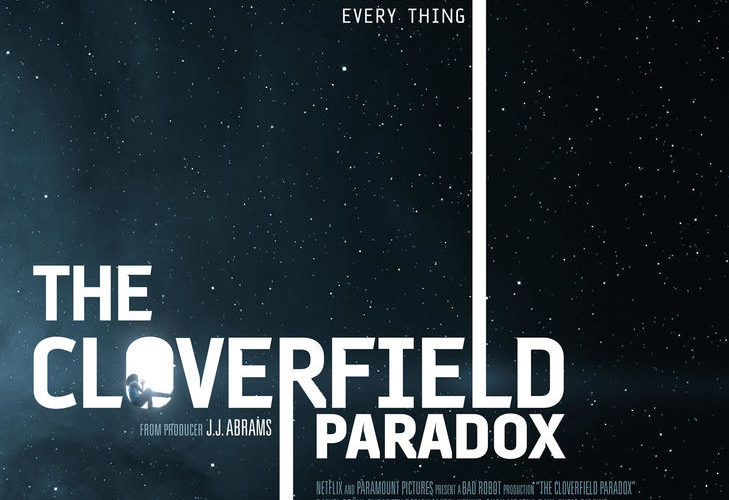 Review: ‘The Cloverfield Paradox’ Spells Doom for a Once-Promising Franchise

In today’s era of film-going, it can often feel like you’ve glimpsed a film from every angle before you even purchase a ticket. As the marketing machine spits out stills, trailers, featurettes, and TV spots at a perpetual rate many months before a release date–not to mention the set visits, press junkets, early screening tweets, and full reviews–it’s a miracle when a film can feel like a fresh experience. In a perfect synergy of events, the only company that could challenge the status quo and do such a surprise debut (Netflix) acquired perhaps the only franchise (Cloverfield) where skipping a theatrical release wouldn’t damage the bottom line and would generate enough excitement to eventize it. So, following a Super Bowl spot, just a few hours later, The Cloverfield Paradox was released, and, well, it’s now quite clear why Paramount sold it off. Not containing the wit to be smart, thrilling sci-fi nor the chutzpah to embrace a fun, B-movie shlock vibe, it unfortunately feels like an uninspired TV pilot that any other network would’ve permanently locked in a vault.

Directed by Julius Onah and scripted by Oren Uziel, the project formerly known as God Particle follows an international group of astronauts working high above the earth on a space station. Down below, humans are fighting over an energy crisis while a microcosm of the conflict is being played out on the very ship that has any hope of a solution. As this group attempts to harness the powers of a particle accelerator to give unlimited energy back to humanity, Russia’s Volkov (Aksel Hennie), whose country is threatening to invade others, clashes with the group, including Ava Hamilton (Gugu Mbatha-Raw), Schmidt (Daniel Brühl), the comic relief Mundy (Chris O’Dowd), and other poorly-developed characters. After nearly two years of attempts, the accelerator finally begins to work, but then catastrophe occurs as our planet disappears and the rules of space and time are thrown out the window.

It’s the set up for what could be an entertaining, psychologically compelling space thriller, but despite a few hints of promise, The Cloverfield Paradox recklessly speeds through any potential character or plot development in favor of cheaply mimicking where other sci-fi films have gone before. Mbatha-Raw’s Hamilton is the only character given much of a foundation as these rifts in space and time open up intriguing and conflicting paths for her to choose. There’s also Elizabeth Debicki’s Jensen, whose gruesome introduction brings frightening imagery, and her time looking amazing in a spacesuit is more or less a great audition for a Metroid movie adaptation. Add in some face-pulling teases and arm dismemberment, and Onah has the makings of a ridiculously enjoyable thriller.

Yet everything here feels so haphazardly slapped together that the frustration at what could have been never subsides. At first, it has the feeling of being dropped into a season finale with characters we should know more about, then after the bland exposition, muddled motivations, and nonsensical developments, one realizes they’d never want to watch what came before anyways. On a technical side, shot by Dan Mindel, he pulls out some rapid-fire vibrancy on the ship, but it often feels like discarded test shoots for two of his other Abrams collaborations, Star Trek and Star Wars. Bear McCreary, who reunites with the franchise after 10 Cloverfield Lane, produces another stirring, string-heavy score, perhaps the best element of the film.

While the original iteration 10 Cloverfield Lane was clearly co-opted to fit the larger universe, I admired the world-building laid out in that film, which retained a sense of greater mystery while still telling a strong story at its center, and teased the future of the franchise is exciting ways. The Cloverfield connections here feel like complete afterthoughts. There are the expected references to Slusho, Tagruato, Kelvin, and even the author of the titular book that blatantly foreshadows what’s to come (count on “demons” in Overlord, the next Cloverfield movie) whose name is Mark Stambler, perhaps related to John Goodman’s Howard Stambler.

There’s also the B plot of the movie, following Hamilton’s husband Michael (Roger Davis), who is on the ground as the Cloverfield attacks occur in what feels like unimaginatively-shot reshoots that don’t add up to much of anything. Lastly, there’s the egregious, undeserving final shot, which delivers more embarrassingly blatant fan service than any Marvel post-credits scene to date in an attempt to string its audience along for another outing. After building a fascinating mythology, that this movie proposes a splintering of timelines where anything can happen without finding inventive ways to connect to previous movies could be the death knell to a once-promising franchise.

When miniscule-budget films like Coherence can deal with multiple dimensions in endlessly fascinating ways and mid-budget Hollywood films like Life have the guts to get impressively nasty while riffing on the sci-fi classics that came before it, there’s no excuse for The Cloverfield Paradox to fall as blandly down the middle of the road as it does. The most memorable aspect of the film will certainly have nothing to do with the actual film itself: a mere few hours earlier, it seemed like Netflix achieved a momentous coup. Then, it became clear a movie that would have crashed and burned at the box office was turned into an essential event that the entire world could access at the click of a button before a single early reaction could doom its fate. Now that is a brilliantly-executed paradox.

The Cloverfield Paradox is now streaming on Netflix.