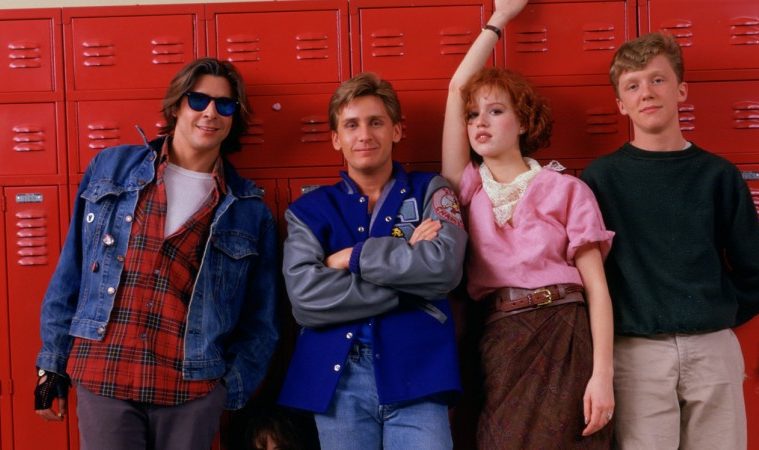 Not a moment too soon for the wave of 80s nostalgia still sweeping America’s culture industry, this month The Criterion Collection released John Hughes’s era-iconic ode to teen rebellion, The Breakfast Club. Sharing as much with the existentialist theatre of Sartre or Camus as with other teen movies of the era, Hughes’s auteur work – instructively simple in premise, sets, images and dialogue – tracks five teenage protagonists of seemingly irreconcilable differences through an unexpected journey of self-discovery in the grey, silent purgatory of Saturday detention. The latent theme of much popular media about adolescence is here rendered bare, as the mythic imagery of the American suburban high school becomes a prism in which the artifice of socially-imposed identity is amplified and shattered.

United in punishment under the yoke of a sneering authoritarian teacher, the five young adults each lurch back and forth between simmering conflict and frank introspection as they come to recognize a shared trauma inflicted upon them by the rigid expectations of adults. In contrast to the sneering callousness of Ferris Bueller – a subsequent Hughes creation – the cast of The Breakfast Club lead a rebellion fueled largely by pain, as they gradually reveal themselves as nakedly vulnerable beings, too malleable and complicated for the restrictive roles imposed by peers, families, teachers, and Hollywood. The psychological violence they inflict on themselves and each other tragically reflect that which adults – children’s first and primary model of understanding the world – inflict upon them.

Hughes distinguishes the film from other teen comedies, then and now, with his stylistic restraint: scenes are steadily paced and dialogue-driven; a soundtrack of period rock is used sparingly, typically in expressionistic flourishes seizing control of all sound to highlight climactic peaks in a character’s emotional arc. Above all, Hughes stands out here – and has no doubt won the hearts of countless young viewers – for his unhesitant willingness to validate the emotional struggles of middle-class adolescence with absolutely earnest, bittersweet pathos. In addition to the newly restored film, the Criterion Blu-Ray release includes a wealth of archival footage, featurettes and interviews with the cast and crew, including the late director Hughes, as well as new retrospective material featuring actors Molly Ringwald, Ally Sheedy and Judd Nelson.

The Breakfast Club is now available on The Criterion Collection