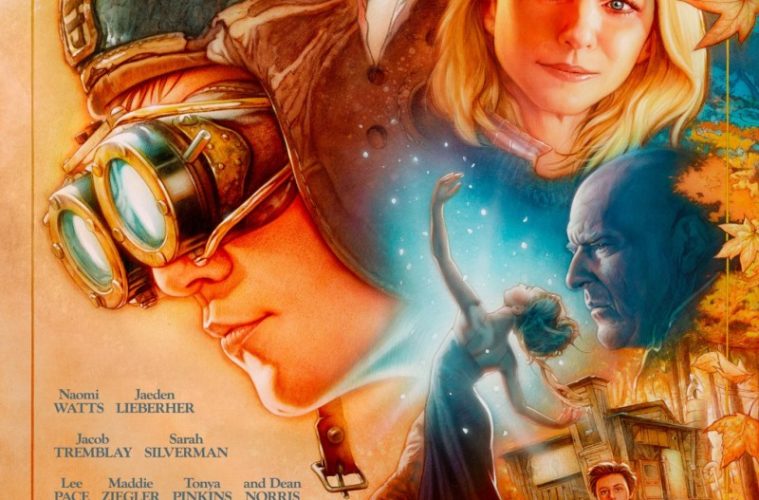 Review: ‘The Book of Henry’ is a Miscalculated Combination of Dull and Ridiculous

The Book of Henry is notable only as a new addition to a canon of films that are bizarre in an extraordinarily specific way. These are the mainstream movies, the work of professionals, which nonetheless feature stories and beats which seem too defiantly out there to get through the Hollywood system. They are the movies destined to be remembered only in bottom-of-the-idea-barrel listicles or “My World of Flops” or How Did This Get Made — your Shadowboxers, Tiptoeses, The Beavers. They are weird, but in a subdued way and with big-name actors, which only enhances the weirdness. They exist in a limbo between the safe homogeneity of most wide-release films and the gonzo possibilities of the low-budget world — strange enough to be a curiosity, but not strange enough to recommend on that quality alone. They are rarely good, but traditional notions of “good” and “bad” don’t really apply when considering them. There isn’t even a name for this category of film – they simply are.

Jaeden Lieberher plays the title character, a preteen genius, in the most straight interpretation possible of a kid who’s wise beyond their years. Assigned to make a speech on his ideal legacy in class, he gives a solemn meditation on morality which concludes with “We have to do what we can on this side of the dirt.” He speaks to adults with brusque familiarity. He even does his family’s taxes and makes investments for them. Meanwhile, his mother Susan (Naomi Watts) insists on working at a diner despite the considerable savings (over $600,000!) Henry has built, and crashes on the couch each night to play Gears of War. Getting Susan out of arrested development, however, is a side note to the story’s main conflict: next-door neighbor Glenn (Dean Norris) is abusing his stepdaughter, Christina (Maddie Ziegler), and Henry is determined to save her.

This capsule likely does not convey the kind of strangeness promised by the opening, and that’s because one has to go into spoiler territory to explore the full breadth of the movie’s madness. Midway through the film, this plot abruptly stops as Henry is revealed to have a brain tumor, and then a good half hour goes into the process of his dying and Susan and younger brother Peter (Jacob Tremblay) coping with it. Then the Glenn-Christina story returns when Susan opens one of Henry’s notebooks and finds that he has left behind detailed instructions for her to fulfill his mission. His mission to straight-up kill Glenn.

She goes along with it.

This is an awful lot of plot summary, but the increasingly bonkers plot is The Book of Henry’s only salient element. The quirkiness of the premise, treatment of adult-child relations, autumnal middle-class setting, and painted Struzan-style poster suggest that it’s aiming for an ‘80s Amblin tone. The problem is that writer Gregg Hurwitz and director Colin Trevorrow approach this material with exactly one mode: they play every beat dead straight, without a single waver. Which means that a cartoonishly mature 11-year-old, the sudden cancer death of said 11-year-old, and said 11-year-old’s meticulously detailed plan to posthumously guide his mother through a murder, are all treated with the same po-faced gravitas. This makes the movie the worst combination of dull and ridiculous.

Trying helplessly to navigate this are the actors, consistently boxed into heartfelt performances that are nonetheless tragically miscalculated. Watts has to both mourn her young son and also listen to him tell her via a recording how to acquire a hunting rifle with illegal modifications. Tremblay is pitching the cutesy act at an irritating 110%, but also has a hospital bed scene with Lieberher that’s honestly harrowing. Lieberher himself is an oddity, unable to ground this utterly unreal character.

Watching The Book of Henry feels like being gaslit. You want to yell at the screen “This is absurd! Henry’s recorded instructions for Susan predict when she’ll turn the wrong way down the street! Is there going to be any acknowledgement of how insane this is?!” while the movie calmly insists that this is all perfectly natural. That kind of rubbernecking-a-car-crash feeling is the only possible reason to recommend the film, if you’re into that, for whatever reason. Going forward, Colin Trevorrow hopefully won’t be put in charge of anything too impor — oh, Jesus, that’s right.

The Book of Henry premieres at the Los Angeles Film Festival and opens on June 16.