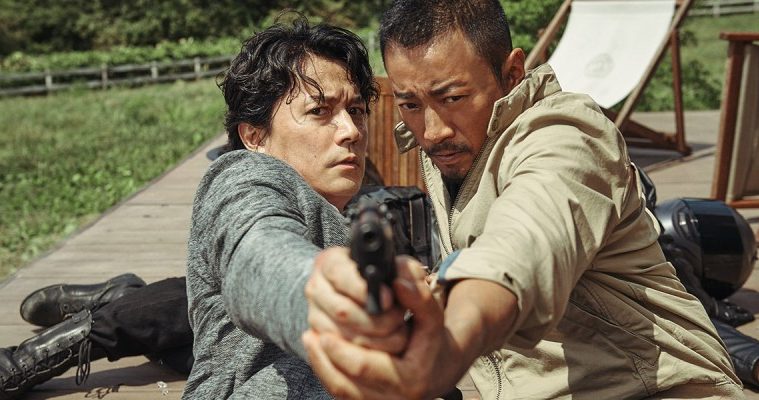 The Best Undistributed Films of 2017

Every year, new films premiere at festivals around the world with the hopes of obtaining distribution so they can be seen by general audiences. Of course, not every film ends up with that fate: some don’t get accepted to festivals, others screen at smaller festivals with less publicity, and even the ones that do end up premiering at a major fest aren’t guaranteed a deal. This results in great films falling through the cracks, ignored and/or forgotten because of their perceived profitability rather than their quality.

Here are ten films from 2017 that (to the best of my knowledge) have yet to find a US distributor, films that will hopefully get the chance to be viewed by general audiences sooner rather than later, if at all.

Vivian Qu’s Angels Wear White is a film about women, or more specifically the way women survive within systems and institutions powerful men use to oppress them. When a police chief brings two pre-teen girls to a hotel to sexually assault them, the hotel’s receptionist (and only witness to the crime) finds herself torn over going to the authorities as it might expose her status as an illegal immigrant. What makes Qu’s film so potent in its examination of institutional corruption is how she filters it through the perspective of female characters, including another hotel worker using her sexuality to support herself, a lawyer fighting impossible forces to put the police chief away, and the young victims themselves, who face a barrage of attacks for telling the truth. It’s an enraging and effective tale of how those in power abuse and discriminate in order to maintain their depraved status quo, made by a new filmmaker quickly establishing herself as someone to watch.

On the surface, Grayson Moore and Aidan Shipley’s Cardinals looks like the kind of small, family drama that doesn’t inspire much attention, but overlooking this tense little film would be a mistake. It starts when Valerie (Sheila McCarthy) gets out of prison after serving time for running over and killing her neighbor while drunk driving. But as soon as Valerie comes back home, her neighbor’s son comes looking for answers, accusing Valerie of intentionally killing his father. Moore and Shipley use a restrained, elliptical style that lets viewers connect the dots as to what really happened, and Moore’s screenplay mines plenty of tension and humor out of the decorum these characters maintain when forced to interact with each other. With a terrific ensemble to boot (including a great performance by lead Sheila McCarthy), Cardinals is one of the strongest debut features of the year.

Loosely adapted from Dostoyevsky’s shory story of the same name, Sergei Loznitsa’s film received a chilly response at Cannes when it premiered in competition despite being one of the best films vying for the Palme. The unnamed ‘gentle creature’ (Vasilina Makovtseva) has a care package meant for her imprisoned husband returned without reason, which inspires her to make the long trip to his jail in order to make sure it gets delivered. Her journey is more or less a descent into hell, with corrupt officials, rotten people, and a dearth of human decency showing itself in every meticulously composed frame. Loznitsa’s direction is masterful in the way it expresses such a refined fury at the current state of Russia, and he caps everything off with a final act so audacious it demands admiration. There’s a boldness to A Gentle Creature that’s missing from almost every other film in 2017, and its willingness to take risks as big as the ones it does should be celebrated, not scorned.

A bifurcated look at two sets of workers on different sides of the world, Ben Russell’s Good Luck takes a simple form and uses it to explore the complexities of globalisation and the world economy. Russell dedicates the first half to a group of government miners working underground in Siberia, then abruptly changes his focus to a potentially illegal gold mining operation run by a collective in Suriname. Through filming the workers’ conversations with each other, Russell lets the commonalities between both halves occur naturally, as everyone finds themselves relying more on luck than their hard labor to live a better life. Shot on Super 16, Good Luck also showcases some of the more stunning sequences from 2017, including an elevator ride to the top of the Siberian mine and steadicam shots of the miners at work.

Marco Dutra and Juliana Rojas’ 2011 debut Hard Labor blended social drama and horror to promising results. For their new collaboration Good Manners, they’ve put a heavier emphasis on genre to make one of the most unpredictable films of the year. Taking place in Sao Paolo, nurse Clara finds a new job in the city taking care of a single, pregnant woman, only to discover her new boss may be hiding a supernatural secret. Revealing any more of where Good Manners ends up would spoil all of its fun, as Dutra and Rojas contort their fantastical tale into as many different forms as they can think of. Sporting fantastic cinematography cloaking the film with the aura of a children’s storybook, along with a riveting performance by Isabél Zuaa, Good Manners is an ideal example of a genre hybrid, pulling together seemingly disparate elements to create something that surprises and delights with its cohesiveness.

Antonio Méndez Esparza’s sophomore feature is a social realist triumph, and one of the year’s true hidden gems (it came and went quickly during the fall festival circuit, where only a handful of critics caught it). Taking place in northern Florida, it follows single mother Regina (Regina Williams, one of the year’s best performances) as she tries to hold down a job at a diner, deal with her rebellious teenage son, and raise her four-year-old daughter while trying to stay afloat. Esparza directs with a simple approach, keeping the camera locked down and providing brief impressions of his characters’ lives to evoke the daily struggle of their existence (the editing, using elliptical cuts to emphasize the way characters inhabit spaces over temporal concerns, is phenomenal). Despite having no distribution at the moment, Life and Nothing More achieved an Independent Spirit nomination for Williams, a deserving nod for best actress and hopefully a chance for a distributor to help get this film seen so it can receive the praise it deserves.

John Woo’s return to the genre that made his career isn’t so much of a comeback as it is watching one of our best action directors become unleashed. This is a film of superlatives, where storylines and subplots pile on top of each other in the middle of action setpieces that astound in their absurdity. There are cover-ups, conspiracies, badass assassins, jetski chases, revenge plots, super soldiers and much, much more, with Woo orchestrating all of his madness into a giddy delirium while giving viewers a big ol’ self-reflexive wink. One of the most purely entertaining films of 2017, Manhunt is the exact kind of maximalist fun we need right now.

Mrs. Fang is a study of a face and a sober essay on death. It’s also about fishing. As profoundly moving as it is troubling, this new masterwork from documentary filmmaker Wang Bing might ask a great deal of anyone sitting down to watch it, both ethically and otherwise, but also, in cinematic terms, it delivers a great deal. The face in question is that of Fang Xiuying, an elderly farmer who died of advanced Alzheimer’s in 2016. Wang’s film is an uncompromising document of the last ten days of her life. Indeed, for obvious reasons, death filmed in this way remains something of a cinematic taboo, but any viewer willing to give in to the rigorous format and somber nature of what’s on screen might just find something cathartic. – Rory O’Connor (read his full review)

A city in turmoil, a small hotel, two mysterious guests, and one incredible ‘70s-inspired set are just some of the elements in play throughout Neïl Beloufa’s fun, genre-hopping Occidental. When two men claiming to be Italians check in to the bridal suite during a protest in the streets of Paris, the hotel’s strict manager suspects something may be wrong, although it soon turns out that she may know more than she lets on. Besides admiring the film for its detailed, retro production design of the hotel itself (which Beloufa used as an art installation after shooting), Occidental flits between genres, ideologies, politics, and ideas with a weightlessness that makes it fun to figure out how its twisty narrative will unfurl. Occidental may be elusive by design, but with its lean runtime and appealing aesthetics it’s hard not to just sit back and enjoy the experience.

Who knew that, of all people, Abel Ferrara would provide one of the more fascinating films to deal with Europe’s migrant crisis? Piazza Vittorio is Ferrara documenting his own neighborhood (he moved to Italy several years ago), but through his own perspective as an immigrant. He interviews dozens of people, from old Italians bemoaning the influx of refugees to new immigrants talking about their desire to build a new life for themselves. By collecting these interviews, along with some of the confrontational flair Ferrara is known for, Piazza Vittorio turns into a mosaic of people who, despite their ignorance or difference of opinions, want to live quiet, comfortable lives. Ferrara understands the connective tissue joining these disparate voices, which is what makes his documentary work as both a slice of life and a fascinating commentary on one of today’s most divisive issues.