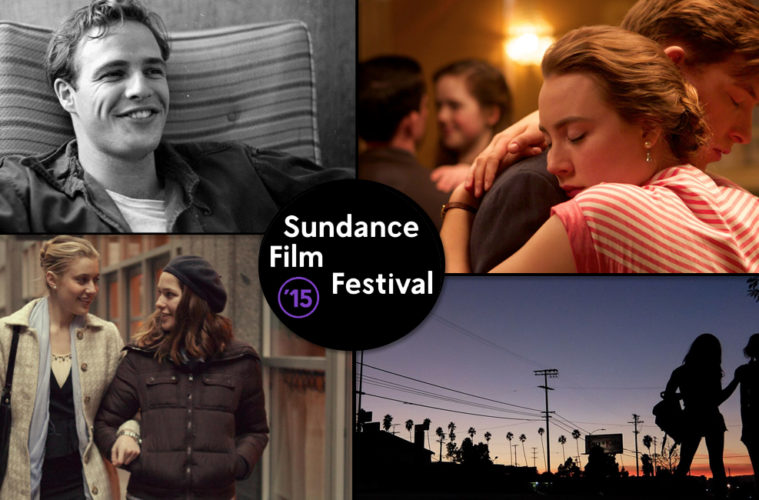 The Best of Sundance Film Festival 2015

With over 60 films covered, a number of interviews and more coverage from the Sundance Film Festival, it’s time to wrap up the first major cinema event in 2015. We already got the official jury and audience winners (here) and now it’s time to highlight our favorites, as well as complete coverage from the festival. One will find our top ten favorites (in alphabetical order), followed by the rest of our reviews (from best to worst), then interviews, and more. Check out everything below and stay tuned to our site, and specifically Twitter, for acquisition and release date news on the below films in the coming months.

Presented with the tale of an Irish immigrant, one would perhaps expect a dreary and brutal film about the hardships of moving to America. In a way, John Crowley‘s Brooklyn is that movie, but, really, it’s so much more. While the Nick Hornby-scripted adaptation isn’t without its tough drama, Crowley’s picture is also full of kindness and laughs. In the 1950s, Eilis Lacey (Saoirse Ronan)  is moving to America, thanks to her wonderful sister (Fiona Glascott). Eilis leaves her sister, mother, and the small shop she hates working at to go to Brooklyn, where a job and home has been set up for her. Initially, she’s isolated and alone in her new home. She’s not particularly good at her job and doesn’t get along well with her housemates. Her feelings towards the city soon change when she meets Tony (Emory Cohen), who’s basically a total dreamboat with no flaws to speak of. Tony quickly falls for Eilis, and even his Italian parents are smitten by her sweetness. Soon after she falls in love with America and Tony, tragedy strikes and she must return to her small Irish town. Ultimately she’ll have to choose between two homes and two men, the other suitor played by Domhnall Gleeson. – Jack G. (full review)

The Diary of a Teenage Girl (Marielle Heller) Sometimes there’s a small sense of dread while watching a great film unfold. When a movie is running smoothly and firing on all cylinders, a small voice inside your head asks, “When is this gonna go downhill?” In the case of first-time director Marielle Heller‘s stunning debut, The Diary of a Teenage Girl, a dip in quality never comes. Based on Phoebe Gloeckner‘s 2002 graphic novel of the same name, Heller’s adaptation is an outstanding coming-of-age story. Set in San Francisco during the 1970s, the film follows Minnie Goetze (Bel Powley), a young teenage girl experimenting with her sexuality, drugs, and more. In the opening scene, which features Dwight Twilley’s “Looking for the Magic,” Minnie is walking on a high: she’s just had sex for the first time. The problem is, she had sex with her mother’s (Kristen Wiig) boyfriend, Monroe (Alexander Skarsgård). Minnie and Monroe continue their illegal fling behind Charlotte’s (Wiig) back. The young girl develops feelings for the older man, which, for the most part, are not reciprocated. For the first time Minnie experiences love, desire, confusion, and plenty of other relatable emotions. – Jack G. (full review)

In the five months found within James White, our title character is at the most difficult chapter of his life thus far. Grieving the loss of his father and attempting to assist his ailing mother, the drama authentically depicts the brutality of the process. After producing the gripping Sundance dramas Martha Marcy May Marlene and Simon Killer, Josh Mond diverts in some ways with his directorial debut. Providing yet another intimate character study of a fractured individual, James White also has a perhaps unexpected enveloping warmth. Commanding every scene of the film — and in most sequences, nearly all of the frame in extreme close-up — is Christopher Abbott, who worked with Mond on Marthy Marcy, but is best known from his stint on Girls and was briefly seen recently in A Most Violent Year. We’re introduced to him in a close-up as he drinks, profusely sweats, and attempts to dance in a nightclub, all while disconnected from the blaring music, wearing his own set of earbuds. After getting pleasured by a stranger in the establishment he exits to broad daylight, an initial signal of his perpetually disordered state. He ventures to his mother’s apartment, where he’s been helping her cope with cancer (or in her words, “freeloading”) the last few years, encountering a group of family friends who are trying to help with the grieving process, even to an ill effect. – Jordan R. (full review)

Listen to Me Marlon (Steven Riley)

Some iconic talents of cinema rarely gave an interview, while others were relegated to the routine press circus. Regardless of where one falls on the spectrum, the bite-sized, often pre-packaged tidbits of one’s career do little to paint an accurate portrait of a life, and it’s effectively unfeasible to get such a look apart from the talent itself. However, the new documentary Listen to Me Marlon provides something vastly more extensive and intimate than a standard interview. Given access to hundreds of hours worth of previously-concealed audio interviews/musings with Marlon Brando, director Stevan Riley magnificently produces one of the best documentaries about a legendary figure — all without a single talking head. Ahead of his time, we begin with Brando predicting the future of filmmaking: actors will soon be motion-captured and their essence created in a computer screen for projection. We then witness the man resurrected through such a digital form, incorporating the audio from his interviews, giving an ethereal effect interspersed throughout the film. – Jordan R. (full review) Early on in Kris Swanberg‘s Unexpected, inner-city school teacher Samantha Abbott (Cobie Smulders) finds out that she’s pregnant. The timing’s off, as the Chicago public high school she works at is being shut down after graduation. At home, she’s got a loving boyfriend (Anders Holm) who is fully supportive of the situation, if a bit naive. The two are quickly married, much to the dismay of Samantha’s judgmental mother Carolyn (Elizabeth McGovern), and make a tentative decision for Samantha to stay at home with their baby once it’s born. Back at school, Samantha learns that Jasmine (Gail Bean), one of her most-promising students, is pregnant as well. – Dan M. (full review)

The final film I saw at this year’s Sundance was also perhaps the best. Running under 17 minutes, Don Hertzfeldt‘s latest animation is an exceedingly brilliant odyssey into the outer reaches of a future universe that channels our inner anxieties of loneliness. The story concerns Emily (Winona Mae), a young girl, who meets her future self in the variety of an adult clone (Julie Pott), as the latter guides us through the bleak destiny that lies ahead. Bursting with creativity and hilarity, it’s a profoundly affecting piece of work that demands to be seen when it arrives on demand this spring — or if you’re lucky, during its current festival tour. – Jordan R.