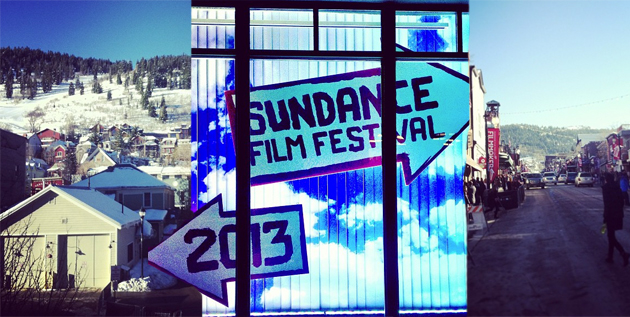 The Best of Sundance Film Festival 2013 And so it is that our first indication of the year to come in cinema has officially ended. After providing complete coverage of Sundance Film Festival 2013, we are here to wrap up the event with our picks of the 10 best films we screened, along with the rest. A birthplace for new talent, Park City had its fair share of break-outs this year both in front of and behind the camera, so get reading below and check back with us all year for more information on when you can see the mentioned films. For our full reviews from the festival, if available, click any of the film titles.

With his directorial break-out David Lowery has crafted a subdued, slow-burn drama that aches with excellent performances from its ensemble, which includes Rooney Mara, Casey Affleck, Ben Foster, Nate Parker and Keith Carradine. Following the aftermath of a crime-filled life, the film skirts around the major peaks one may find in another drama of its kind, instead focusing on quiet, sublime exchanges. – Jordan R.

The perfect end to a near-perfect trilogy, Richard Linklater’s Before Midnight once again stars Ethan Hawke and Julie Delpy as Jesse and Celine, two lovers working through the dos-and-don’ts of life. If it sounds like a general description, it’s deceivingly so. These films, simple as they are, speak to many truths, painful and otherwise. – Dan M.

In Blue Caprice, a taut character study of the two men behind the 2002 D.C. Sniper shootings, writer-director Alexandre Moors does an effective job of offering insight into the minds behind such senseless killings. Featuring two fantastic performances from Isaiah Washington and Tequan Richmond, playing the infamous criminals Allen Muhammad and Lee Malvo (respectively), the film strives to capture an uncomfortable mood. Featuring one of the best performances from the festival in the form of Washington’s frightening portrayal of Muhammad, Moors has crafted a multi-layered dissection of one of the countries most incomprehensible crimes. – Raffi A.

Easily one of the strangest films at this year’s Sundance festival is the audacious and provocative Escape from Tomorrow, a film shot guerrilla-style in both Disneyland and Disney World without the permission of Mickey Mouse. The premise is simple: on the last day of their family Disney vacation, Jim (Roy Abramsohn) is laid off from his job, which serves as a catalyst for a hallucinatory Disney experience. As the spiraling spectacle of madness becomes more bizarre, complete with memorable Disney rides getting demonic makeovers, Escape from Tomorrow delivers an engrossing take on what the family vacation represents in corporate America. – Raffi A.

The major winner of Sundance Film Festival 2013, taking home both the grand jury prize and the audience award, Fruitvale tells the true story of the 2009 New Year’s Day BART Police shooting in Oakland, California. In his visually spare directorial debut, Ryan Coogler follows the last day in the life of Oscar Grant (played confidently by Michael B. Jordan), leading up to an emotionally-captivating experience. – Jordan R.

Matching the passion of the music it covers, this documentary explores a small town in Alabama where much of the great blues/rock ‘n’ roll we still listen to was recorded. And while we hear of the greatness of the place from rock stars like Mick Jagger and Alicia Keys, it’s the people working at the FAME recording studio we fall in love with. – Dan M.

A rare coming-of-age film, James Ponsoldt‘s The Spectacular Now doesn’t simply take a snapshot of some of the most important years of adolescence, but rather echoes the consequences of complex life-changing choices. Featuring powerhouse performances from both Miles Teller and Shailene Woodley, this must-see drama packs an emotionally devastating punch. – Jordan R.

Ambitious, aloof and awe-inspiring, Shane Carruth’s sophomore effort replaces the tech-chatter of Primer with a bit more heart. Featuring a mesmerizingly tortuous performance from Amy Seimetz, this is a film that will divide and intrigue in equal measure. – Dan M.

We Are What We Are (Jim Mickle)

Stylishly directed and unnerving to its core, Jim Mickle’s We Are What We Are is a prime example of horror done right. The story revolves around the seemingly-wholesome Parker family, who behind closed doors are harboring dark secrets. Part of what makes the film so effective is its unsettling mood, made more distressing by the intense use of sound design and cinematography to heighten tension. We Are What We Are is a devilish treat that will leave you hungry for more from director Jim Mickle. – Raffi A.

The Good: A.C.O.D., Emanuel and the Truth About Fishes, I Used to Be Darker, Kill Your Darlings, Manhunt, No, Prince Avalanche, Pussy Riot—A Punk Prayer, Sightseers, The Square, Valentine Road

The So-So: Afternoon Delight, Breathe In, C.O.G., The East, Google and the World Brain, Hell Baby, In a World…, The Look of Love, Lovelace, Magic Magic, Mud, Stoker, S-VHS, Toy’s House, The Way, Way Back

What Sundance films are you most looking forward to seeing?