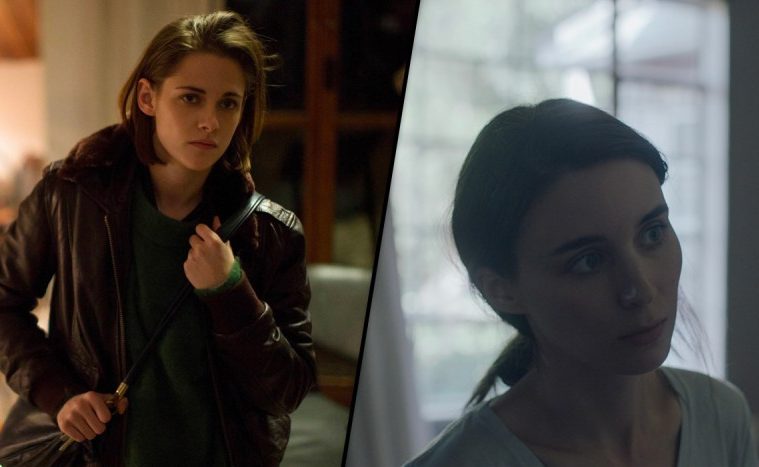 The Best Double Features of 2017

Few things are more sublime than finding back-to-back features that hit some specific thematic sweet spot. Drive-in theaters may not be the popular viewing spot they once were, but with the overwhelming accessibility we now have, one can program their own personal double bill. Today, we’ve run through the gamut of 2017 films to select the finest pairings and tried to sway from the most obvious (i.e. a combination of Dunkirk, Darkest Hour and The Finest Hour). Check out list the below, and we’d love to hear your own picks, which can be left in the comments.

On paper, too easy a pairing: coming-of-age stories that are too intelligent to propose that this, here, is the end of a journey; characters (titular characters, no less) whose impulsiveness, close-mindedness, and selfishness are, of course, part of what makes them so empathetic; portraits in miniature of American towns and cities left unregarded in light of their bigger, glitzier counterparts. So maybe I’m more taken with Stephen Cone’s Princess Cyd and Greta Gerwig’s Lady Bird for how they, individually and collectively, are willing to work within firmly established frameworks before, and I don’t quite mean “subvert” when I say this, letting them lie dormant, instead granting precedence to the minor-key gestures, allowing us to see ourselves — and sometimes not at all, which is just fine. – Nick N.

Song to Song and All These Sleepless Nights

Year after year, a batch of films inevitably receive comparisons to the films of Terrence Malick. Often not going beyond the “pretty images” descriptor, many of these claims are unwarranted. Well, this year not only did we get an excellent, formally-thrilling film from Malick himself, but we actually got one that could reasonably be considered worthy of embracing his style. Both roving through a landscape of music, dance, and reflective pondering on one’s place in the world, Song to Song and All These Sleepless Nights are energetic, dazzling odes to the ineffable, glimmering light of youthful waywardness. – Jordan R.

Hermia and Helena and Person to Person

Yes, New York can still feel fresh — you just have to hit up a lesser-seen Brooklyn park or dusty record store to wring out something unique. Though quite different in temperamental, Matías Piñeiro’s Hermia & Helena and Dustin Guy Defa’s Person to Person are, more than in obvious geographic senses, linked by a subdued curiosity about human nature — be it the former’s gentle, flirtatious Camila or any of the latter numerous personalities, which range, roughly, from “well-meaning but confused” to “literally insane.” I groove more on Defa’s micro-is-macro storytelling, but Piñeiro’s piecemeal, sometimes scrambled journey across continents is neither deficient nor dissimilar. What both propose — Person to Person, in its sublime end-credits party sequence; Hermia & Helena, in its intimate rendezvous with a mother’s former lover — is that the people around us, whether we know them through love or association, are sacred. In these dangerous times, that’s almost revelatory. – Nick N.

The Shape of Water and The Lure

Other than the bafflingly large number of movies with “wonder” in their titles, 2017’s least likely cinematic trend was seeing the release of more than one film about a sexy fish creature. And the similarities run deeper than that bare premise. Both The Shape of Water and The Lure riff on both pop and classical culture, with Guillermo del Toro again going to the well of his beloved classic film monsters (the unnamed jacked fish man is basically the Creature from the Black Lagoon) and Agnieszka Smoczyńska transposing the story of Hans Christian Andersen’s The Little Mermaid to ’80s Poland. They also play with older film convention — del Toro uses Golden Age Hollywood aesthetic techniques, culminating in a direct black-and-white Astaire-Rogers homage, while Smoczyńska goes full-bore into ’80s rock musical territory, possibly even echoing Akerman’s Golden Eighties. Whether either film transcends homage to something more has been the subject of some debate, of course. – Dan S.

All you need for a movie is an old person, a couch, and a lifelong stack of memories — maybe some science fiction edge, too, so long as you’re not a total rube about it. Michael Almereyda’s gentle one-two punch finds, in Escapes, Blade Runner / Blade Runner 2049 scribe Hampton Fancher recounting some of the more particular experiences from his crazy life — his is one of the few movie careers accelerated by getting in a fight over some money lent to a girlfriend — often with scenes from his work acting as the sole visual counterpart to his masterful storytelling style; and Marjorie Prime asks, with the aid of holograms, why we cling to certain people and the things, joyous and painful both, they bring us. Marked by a distinct sense of pacing, drunk on the effects of personal narrative, and adamant that the things we create not only will outlive us but absolutely should, they’re a perfect double-bill and still utterly in a class of their own. – Nick N.

Call Me by Your Name and God’s Own Country

On an obvious level, Luca Guadgnino’s latest film and Francis Lee’s debut offer a pair of the most heart-stirring and -breaking romances of the year. They are also a testament, in opposing spectrums, of how emotion can be refracted through the prism of location and setting. In Call Me by You Name, the painterly Italian summerscape opens up a window for a relaxed discovery of one’s desires. In God’s Own Country, the spare, harsh northern England farmland provides a bitter backdrop for a hard-fought relationship. Each contain a unspoken passion that gives way to poignant tenderness.  – Jordan R.

Elsa Dorfman has long used her unusual large-scale Polaroid photography to illuminate ordinary people. Her work is an idiosyncratic marriage of classical portraiture of family album which befits her medium. In turn, The B-Side, Errol Morris’ low-key biography of Dorfman spreads this form of democratic fine art. And Morris’ documentary has a sibling in the collaboration between French New Wave legend Agnès Varda and young artist JR. Their film, Faces Places, chronicles the pair’s trip around France taking photos of regular folk, creating giant printouts of those photos, and then plastering them onto the facades of their homes, local landmarks, or places of work. They too want to elevate what most might consider mundane or unremarkable to the level of legitimate art, demanding attention for their subjects. While the films are stylistically quite different, Morris, Dorfman, Varda, and… uh… R share affection for the kinds of people mainstream movies don’t usually pay attention to. – Dan S.

Two of the year’s most significant films, Steven Spielberg’s The Post and Robin Campillo’s BPM (Beats Per Minute), share distinct fascinations with process, discussion, and personal struggles within larger movements. Both are set in pivotal historical moments and revolve around organizations of, if not like-minded, then similarly motivated people – the Vietnam War era and The Washington Post in the former, the AIDS crisis and ACT UP Paris in the latter. But perhaps what connects them the most is a directorial sensibility placed somewhere in the middle of crowd-pleasing and aesthetically rigorous, making the experience of watching equal parts gratifying and moving. – Ryan S.

The cultural and historical necessity for preservation is the lifeblood of two of the year’s greatest documentaries, one from Frederick Wiseman, the other by Bill Morrison. Ex Libris places us into the present-day innerworkings of the New York Public Library and the myriad ways it provides access to information to the city’s diverse population. As we see the library’s team become a cultural gateway to archive what could be most beneficial years, decades, or centuries down the road, one can’t help think of all the art that has been lost along the way when viewing Dawson City: Frozen Time. Focusing on an event in the 70s in which over 500 thought-to-be-lost nitrate film prints from many decades prior were discovered, Morrison uses these rare films and other archival materials to tell  tale of a lost era and deliver a call-to-action for current film preservation. – Jordan R.

Personal Shopper and A Ghost Story

The suspense of each scene before the emergence of the ghost is unbearable. That goes for Personal Shopper and A Ghost Story. The latter film’s character are universalized to the extreme as Casey Affleck and Rooney Mara amount to little more than guides for the ideas presented by director David Lowery. Where A Ghost Story strips its characters of personality, Olivier Assayas’ Personal Shopper mines its characters to extract the metaphysical in fragmentary moments and devices (a ghost sighting here, a phantom text there). Viewed in tandem, the films pursue the disembodied (but not gnostic) experience of love. – Josh E.

Staying Vertical and The Ornithologist

The Ornithologist recounts the life of St. Anthony of Padua through Fernando (Paul Hamy). His journey is thrilling (and freaky) and keeps one glued to the screen because the viewer will never know what will happen next on his unwitting, surrealistic trip. João Pedro Rodrigues’ film is overtly homoerotic whereas Alain Guiraudie’s Staying Vertical is implicitly so. Each story follows an unexpected path to sainthood: one of the literal transformation of Fernando into St. Anthony of Padua, and the other of Leo (Damien Bonnard) stumbling into accepting responsibility for his mistakes, an adult sainthood or sorts. Beyond that, both films also have sex scenes that result in a death; while Staying Vertical is played for laughs, The Ornithologist’s is shocking. – Josh E.

Since most of the world has yet to see Phantom Thread, the mere mention of this connection may be considered a spoiler, so I’ll keep it brief. Both Paul Thomas Anderson and Darren Aronofsky explore the all-consuming drive of an artist’s obsession—and how this desire is afflicted on this closest to them—yet each do so in wildly varying ways, in both form, perspective, and ultimate takeaways. In each case, the directors themselves are pushing into new artistic territory, and I don’t think I’ve been more surprised in a theater this year to see almost identical ideas in the opening sequences of both.

What double feature from this year would you propose?