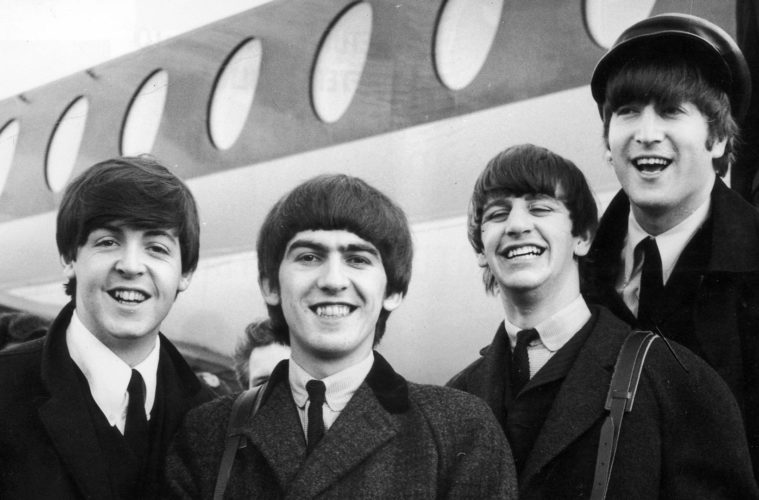 The Beatles on ‘A Hard Day’s Night,’ Why Mise-en-scène Matters, Project Greenlight Returns, and More At Press Play, A.D. Jameson on what mise-en-scène is and why it matters:

Mise-en-scène was applied to film in the 1950s by the French critics writing at Cahiers du Cinéma (Notebooks on Cinema). They borrowed it from French theater, where it essentially referred to everything that appears on the stage (it literally means “putting in the scene”). The thinking was that a film’s mise-en-scène consisted of everything that the camera sees: the setting, the lighting, the actors, their performances (including blocking), costumes, makeup, props. It also referred to how those elements were arranged within the frame—in other words, it was synonymous with the shot’s composition.

In their own voices, The Beatles on A Hard Day’s Night, recently released on Criterion:

At Letoile Magazine, Niles Schwartz on remembrance of matinees past:

We can’t let the past go–as long as it’s our past. Remember when George Lucas himself tried to get out of the business of sci-fi/fantasy, bankrolling original films while working out his own personal nostalgia? There was American Graffiti, yes, but also Lucas’ influence on Coppola’s Tucker (1988), a great film that flopped (itself part of a nostalgic transaction with Paramount, so that Coppola would do another Godfather), and then the little remembered screwball homage Radioland Murders (1994). Star Wars has seemed ubiquitous since the mid-1990s, but I can remember a time when it was basically forgotten, or neatly cataloged in fans’ VHS libraries (Roger Ebert criticized Mel Brooks’ 1987 spoof Spaceballs by pointing out how “it should have been made several years ago, before our appetite for Star Wars satires had been completely exhausted,” this four years after Return of the Jedi; Ebert’s sentiment now reads as an audacious remark, accurate though he may have been at the time). The briefest scent, though, of Star Wars’ re-emergence instantly roused old fans out of stupors and triggered the drooling Force gland. I recall reading a magazine’s short summer preview of Radioland Murders, concluding that it was probably nothing of interest, then adding with a plea to audiences, “But Star Wars 4, 5, and 6? Be nice.”