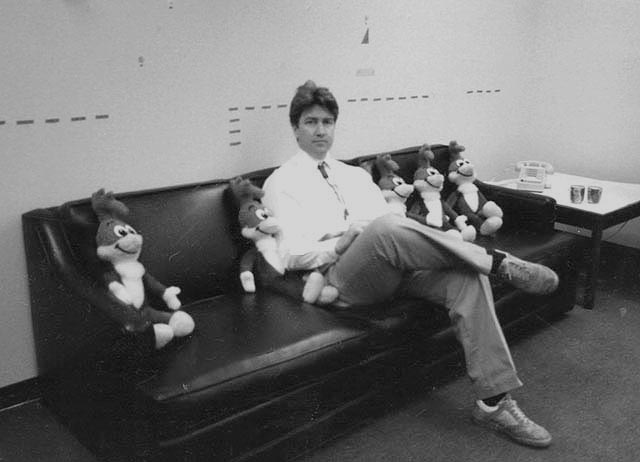 Above and below, David Lynch at Universal Studios in 1981 after the release of The Elephant Man. [PickledElephant] Watch twenty minutes of footage from Orson Welles‘ uncompleted film The Other Side of the Wind. [/Film] Rob Ager‘s detailed study of the hotel room scenes in the ending of 2001: A Space Odyssey.

In honor of his birthday this past week, a behind-the-scenes photo of Fritz Lang on the set of Metropolis. [Criterion] Watch a time-lapse video of The Hollywood Sign getting refurbished. [@emmafgreen]

Watch the 1996 documentary The Typewriter, the Rifle & the Movie Camera on the work of Samuel Fuller, featuring Martin Scorsese, Quentin Tarantino and Jim Jarmusch. [@iambags]