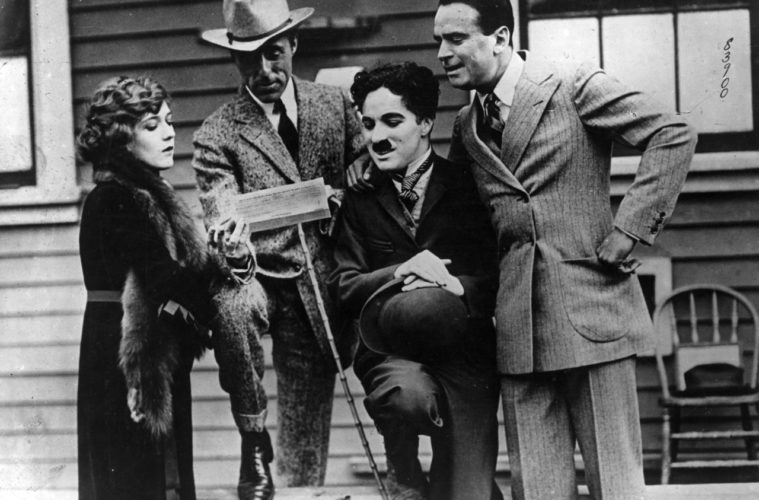 Watch a documentary on the making of The Shining, Staircases to Nowhere and see a photo of Stanley Kubrick at age 10, with camera in hand.  [Larry Wright] Watch a video essay on the films of Ingmar Bergman.

Janet Leigh and Alfred Hitchcock on the set of Psycho. Watch a 1957 feature-length documentary on the life and career of James Dean.

Paul Newman and Robert Redford on the set of Butch Cassidy and the Sundance Kid. Watch Peter Falk and Gena Rowlands discuss shooting A Woman Under the Influence.

Robert De Niro on the set of The Deer Hunter. Watch a documentary on Humphrey Bogart. [Cinephilia & Beyond]

Martin Scorsese behind the scenes of his first feature, Who’s That Knocking At My Door, and at the age of 6 or 7 in Corona, Queens. Watch a 30-minute documentary on the making of Barry Levinson‘s Diner. [LoSceicco1976]

In preparation for shooting Paris, Texas in late 1983, Wim Wenders traveled the West equipped with a 6 x 7 medium format camera searching out subjects and location that would bring that desolate landscape to life. See a few photos below and more here.