The Amusement Park Review: George A. Romero’s Long-Lost Film is a Damning Exploration of Ageism and Elder Abuse 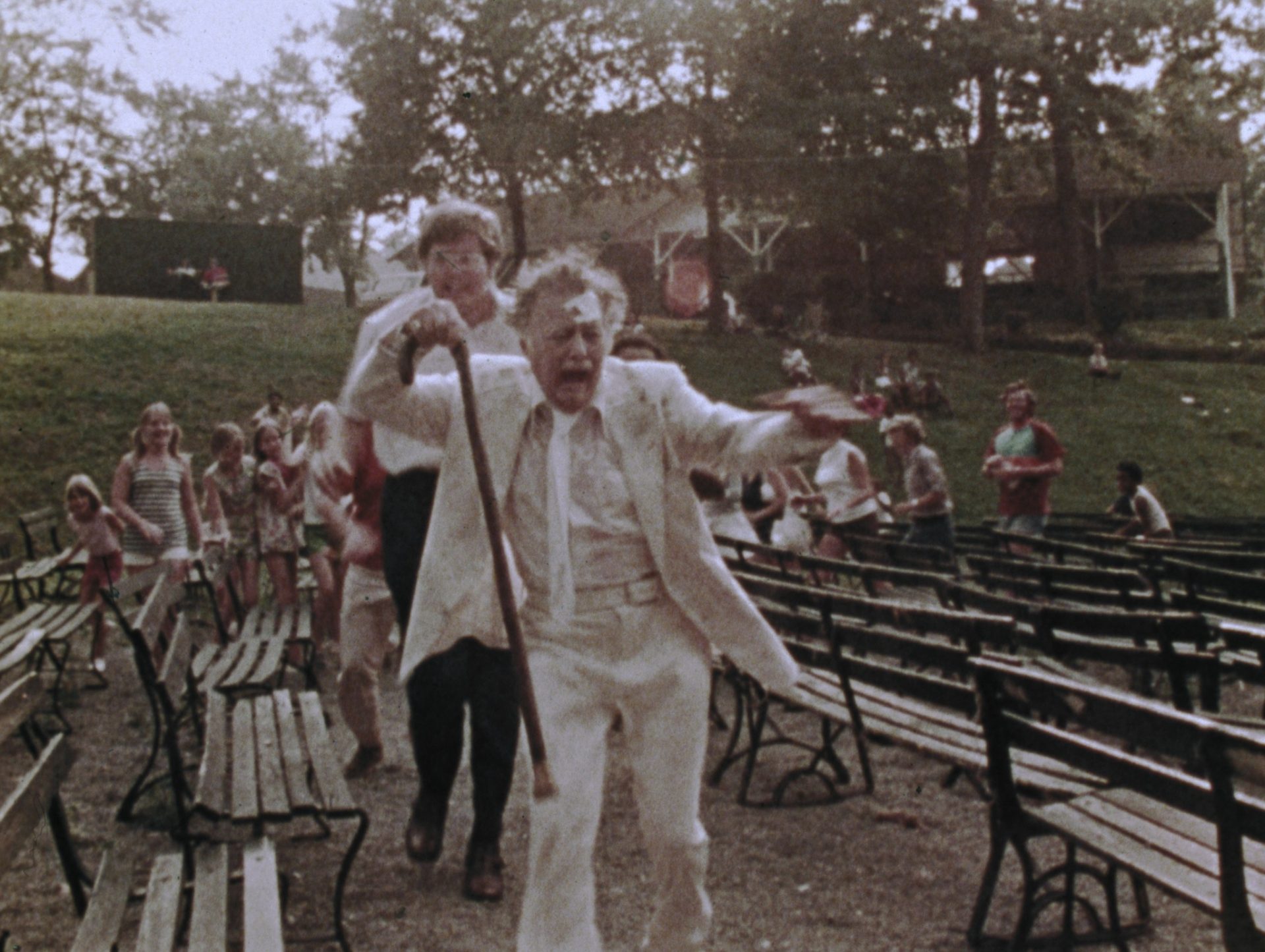 Created as a PSA to raise awareness about elder abuse, George A. Romero’s 1973 film The Amusement Park, long considered lost and recently restored by Romero’s widow Suzanne and the George A. Romero Foundation, arrives on Shudder as a time-capsule oddity. Produced by the Lutheran Society at a point in Romero’s career post-Night of the Living Dead and pre-Dawn that saw the infamous horror director in a period of commercial and critical decline, The Amusement Park is a damning, if not exactly horrifying, condemnation of the ways in which society marginalizes and others its elderly.

Using an amusement park as a metaphorical microcosm of a society that prioritizes youth and wealth, Romero trades nuance—never his forte anyways—for blistering critique. Shelved by financiers who determined that Romero’s aggressive style was less public service than an extension of his socio-political horror output, The Amusement Park is not the out-and-out masterpiece its reputation may indicate, but nevertheless an intriguing showcase of Romero’s preternatural talent to marry social commentary with horror tropes.

Bookended by a direct address from the actor Lincoln Mazzel—perhaps most famous for his work in Romero’s vampire film Martin—who explains the ways society dismisses the elderly, treating them as more nuisance than important members of its community, he bluntly describes The Amusement Park‘s intent: to “feel the problem” of ageism. Mazzel emerges after his prologue in a sterile white room; dressed in a white suit, he confronts a battered and bruised older man, asking him to join him in going out the door. Warned that there is “nothing out there,” Mazzel’s character nevertheless exits the room and is quickly overwhelmed by a busy amusement park.

Pushed left and right by the younger parents and children crowding the rides, he comes upon a line of seniors hawking their prized possessions to a low-balling ticket salesman. Buying some tickets, Mazzel’s unnamed protagonist moves throughout the park, confronting a specialized economy that disadvantages seniors. One ride only allows those who make over $30,000, another refuses to let anyone with high blood pressure, etc. All the while, a grim reaper—whose costume appears to have been bought from a low-rent Halloween store—hovers in the background, quietly riding along with the seniors.

Romero embraces the carnivalesque nature of his metaphor, moving Mazzel’s protagonist through a series of vignettes underlining the second-hand treatment seniors are given. One troubling sequence finds an older man failing his driver’s test because of poor eyesight, only to have his wife drive him around the bumper cars, causing an accident in the process. Another showcases a wealthy man eating lobster while other seniors with fewer tickets watch in confusion and jealousy as he is acknowledged by the younger patrons because of his status. Romero moves through these vignettes quickly and efficiently, taking on everything from income inequality to failing healthcare and low-income housing.

Running 53 minutes, The Amusement Park is less a complete film than a series of grotesque metaphors that hammer home themes. By the time Mazzel’s character, now battered, returns to the sterility of the white room, Romero has effectively made his point—both about the institutions that cast off the elderly and ways this treatment is cyclical—as the film recursively doubles back on itself in a clever bit of structuring. The Amusement Park is obviously the work of a filmmaker at his angriest, deploying Terry Gilliam-esque absurdity as a sharpened knife and cutting down both those who take advantage of the elderly and those who are indifferent with equal force.

But something about the film still feels incomplete, perhaps relating to its origins. As a PSA, it’s a lacerating diatribe against a society that fetishizes youth. Whatever the Lutheran Society expected they were getting from Romero—an odd hire however you look at it—they obviously didn’t expect such a visceral experience. By the time Mazzel returns as himself in a rushed coda to plead for general reform, as Romero is less interested in the  specifics of social change, the film feels like an odd hybrid, part psychedelic freak-out and part underbaked civil service. It doesn’t always work as a coherent whole, but The Amusement Park is still a fascinating experiment from a director at the height of his creative skills.

The Amusement Park is now playing at the IFC Center and hits Shudder on June 8.