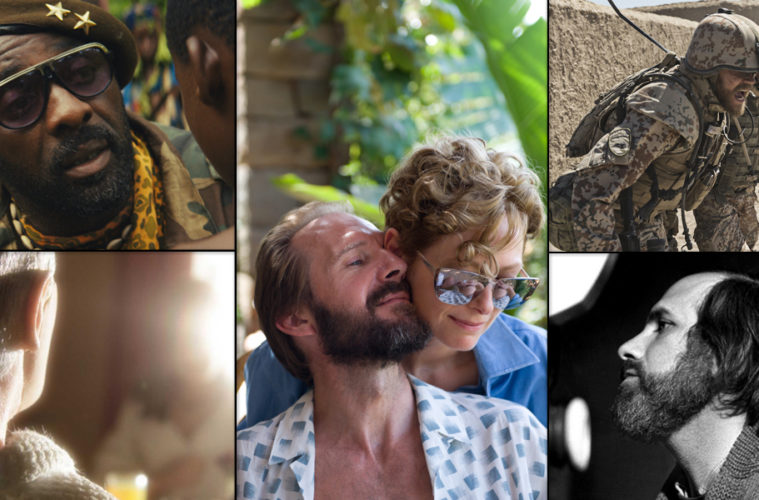 The 10 Best Films at the 2015 Venice Film Festival

With the jury winners announced this past weekend, the 72nd Venice International Film Festival has now come to an end. As always, it was a strong kick-off to the fall festivals, with some premieres of dramas that we’ll see over the next few months, as well as a great many that won’t arrive until next year (or perhaps later, pending distribution). We’ve wrapped up the festival by selecting our 10 favorite films, followed by our complete coverage, including interviews. Check out everything below and let us know what you’re most looking forward to.

It’s always been easier to review Tsai Ming-liang’s films than to make sense of them. Characterized by an often impenetrable language of silence and immobility, the Malaysian-born, Taiwan-based filmmaker’s work triggers all kinds of intuitive response that writers crave, yet those same writers might be hard-pressed to explain what they’ve just seen on screen. In this sense, Afternoon poses the exact opposite dilemma, in that it’s by far the most verbal and straightforward project from Tsai – but how do you assess, evaluate, grade something so close to life you’re not even sure what to call it in cinematic terms? – Zhuo-Ning Su (full review)

What exactly has been brewing in Charlie Kaufman’s head for the last 7 years? This heart-wrenchingly worrying film, it seems. After a slew of near misses, the singular screenwriter-turned-director is back with Anomalisa, his first film since the well-received but financially calamitous Synecdoche, New York in 2008. Based on a “sound play” developed by directors Kaufman and Duke Johnson, with input from longtime Coen bros. composer Carter Burwell, it is a coarsely unsettling, tragically profound, and often quite funny stop-frame animated picture that focuses on two lost souls who meet in a faceless hotel and share a one-night stand. – Rory O. (full review)

Beasts of No Nation (Cary Fukunaga)

If there were any question marks still floating over Cary Fukunaga’s credentials, his latest film, Beasts of No Nation, should flick them aside with ease. Based on the acclaimed novel by American writer Uzodinma Iweala and boasting staggering performances from both of its lead players, Abraham Attah and Idris Elba, Fukunaga has delivered one of the most viscerally stylized war films in recent memory. The Africa-set drama is a relentlessly violent, vibrant, and electric film that is at once as druggy and entrancing as Coppola’s 1979 cut of Apocalypse Now and as sonically inventive as Elem Klimov’s Come and See. – Rory O. (full review)

Despite a loose script that justifies little, Italian director Luca Guadagnino’s follow-up feature to his glorious melodrama I Am Love is a sweaty, kinetic, dangerously unpredictable ride of a film. One is frustrated by the final stroke of genius that never came, but boy was it fun to spend two hours inside such a whirlwind of desires, mind games, delirious sights and sounds. Based on the 1969 French drama La piscine (The Swimming Pool), the story essentially begins as Marianne (Tilda Swinton) and Paul (Matthias Schoenaerts) – a couple vacationing on an Italian island – get an unexpected visit from her former lover and record producer Harry (Ralph Fiennes), along with his daughter Penny (Dakota Johnson). Harry, a raging bohemian who still harbors affections for Marianne, and Penny, a confident Lolita-type who has her sights set on the hunky Paul, will make sure feelings old and new get kindled, leading to frictions that may end up being more than harmless. – Zhuo-Ning Su (full review)

If the films competing for the Gold Lion so far this year have taken an abstract, decorative or glamorized view of the real world, the ones being shown in the out of competition slots seem determined to show us reality. Perhaps the most serious of these movies is Sobytie (The Event). It’s the work of Sergei Loznitsa, a Ukrainian director with sober things to say about Russia as it is today. Working exclusively with archive footage from Leningrad’s Palace Square, Loznitsa takes a reflective look at the attempted 1991 August Putsch — and the public’s response to it — and offers a eulogy of sorts for a different time. – Rory O. (full review)

Proving yet again that festival juries don’t read the trades or pay attention to chatter, the Golden Lion of the 72nd Venice Film Festival was presented to the Venezuelan drama From Afar, a film that screened relatively late at the fest, when general opinion on the Lido seemed to have settled on this being a race between some other titles. In a discerning and gutsy move, the star-studded jury chaired by Alfonso Cuarón decided to recognize the achievement of writer/director Lorenzo Vigas’ debut feature over some perhaps higher-profile pictures from established masters. It’s gutsy because this film tells a moving if deeply unpleasant story with a significant ick factor that’s going to put many people off. It’s discerning because, as contained and particular as the film’s subject matter and as unassuming as its approach, From Afar delivers an incisive, poignant, surgically precise character study that deals a fatal blow in one crisp, clean stab. – Zhuo-Ning Su (full review) How amazing it is that a human being one century from now can fire up their wind-powered neuro-image-emitter, put on Frederick Wiseman’s In Jackson Heights, and really get a grasp of what it felt like for these people to live? The great documentarian’s latest film — screening out-of-competition this week at the Venice Film Festival — is neither a snapshot nor a love letter of some static environment, but a dense, kaleidoscopic study of a dynamic, evolving place. It’s like a time capsule of this community at a very interesting moment in their history. – Rory O. (full review)

In only his second outing as sole director after 2012’s acclaimed A Hijacking, Tobias Lindholm is commanding unusual levels of respect and anticipation with A War – undoubtedly earned with the establishing of a very personal brand of filmmaking, rooted in observation, deliberate pacing and a terse directing style. Viewers familiar with his previous film, a hostage drama detailing the hijacking of a Danish cargo ship by Somali pirates, will find the same approach at work in A War: protagonist Pilou Asbæk returns to shoulder much of the dramatic weight, aided by familiar faces like Søren Malling and Dar Salim and a roster of non-professional actors with relevant backgrounds. Tommaso T. (full review)

Blood of My Blood (B)
The Childhood of a Leader (B)
Francofonia (B)
The Danish Girl (B)
Janis (B)
Rabin, the Last Day (B)
Spotlight (B)

The Clan Director Pablo Trapero on the Film’s Relevance for Argentina, Biggest Inspirations, and More