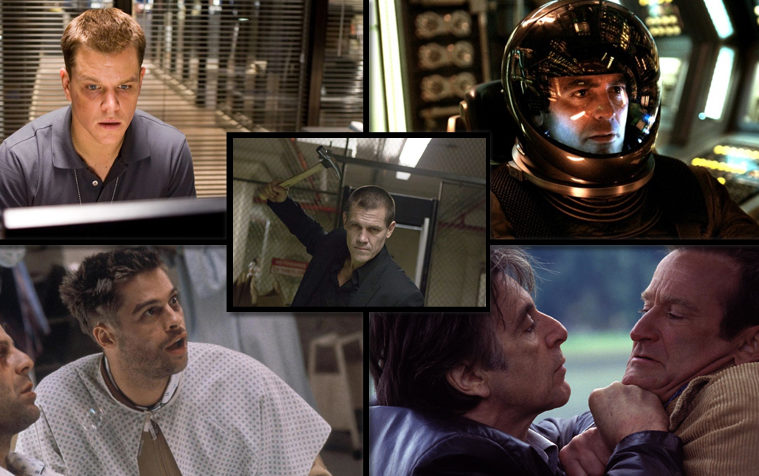 While the word itself can conjure up a variety of negative feelings in the minds of cinephiles, when diving deeper into the world of remakes, a few treasures can be found. Last week we found a few notable examples with directors remaking their own features and in honor of Spike Lee’s Oldboy hitting theaters this week, it’s time to take a look at the best American remakes of foreign films.

In our review of the redo on Park Chan-wook’s cult classic we said, Lee’s film “willfully follows the narrative footsteps of the original. It is all very familiar, with only a few welcome deviations made… The set-up alone establishes that this Oldboy is none too interested in reinventing the formula.” With our latest rundown we aim to find ten examples that skirt this familiar notion, providing a valid reason to revisit the original material. Check out our rundown below and let us know your favorites in the comments.

One way to make a good remake of an already worthy film is to treat the original as source material to be adapted and expanded upon. Of course having a stylistically unique director like Terry Gilliam at the wheel doesn’t hurt either. He takes the experimental half-hour, black and white French short film La Jetée and turns it into a raucous, paranoid, time-jumping headtrip through mankind’s last hope for absolution from an apocalypse that has already happened. What was an evocative, stoic short became an unhinged rollercoaster, while still maintaining the inherent humanity. – Brian R.

The 1978 French comedy La Cage aux Folles flaunted taboos with the story of gay cabaret owner and his longtime drag queen partner who must play it straight for the conservative parents of their son’s fiancée. Nearly two decades later, director Mike Nichols tailored the film for American audiences with the help of veteran comedic actors Robin Williams and Nathan Lane. Set in Miami Beach instead of sunny St. Tropez, the shot-for-shot remake stands apart as a delightfully manic farce made possible by pairing a restrained Williams with Lane’s unbridled drama queen energy. Gene Hackman and Dianne Wiest are equally enjoyable as the moral parents of the bride-to-be, but it’s Hank Azaria who surprises the most as a sassy thong-wearing houseboy. – Amanda W.

Although The Departed marks the second remake for Martin Scorsese — that first honor would go to 1991’s Cape Fear — it’s the first example, and only time thus far, that the director looked overseas for his source material. In his story of a police office going undercover into the crime world and vice versa he turned to Andrew Lau and Alan Mak‘s Hong Kong crime thriller Infernal Affairs. The latter film is briefer (although it did spawn a prequel and sequel), while the Boston-based project has a more comprehensive set-up and additional subplots, but this update proves that two versions of this story — each with their own style — are more than warranted. – Jordan R.

The original Norwegian Insomnia, by Erik Skjoldbjærg, is a dark and brooding exercise in making a bad man come face to face with his inherent flaws through a combination of guilt and psychological exhaustion. In remaking it, Christopher Nolan kept the stresses, but changed the man, essentially using the original as a framework by which he could create a new examination of a different person; a good man struggling against bad choices and their poisonous effects. Thus, Nolan makes the best kind of remake – a wholly new journey down a familiar path. – Brian R.

Directed by and starring Steve Buscemi, Interview is a 2007 remake of the 2003 Dutch film of the same name from the late Theo Van Gogh. It tells of a fading journalist (Buscemi) who is forced to interview a soap star (Sienna Miller) to keep his career afloat. His bitterness and her overbloated ego collide in an extremely entertaining, extremely brisk 80-minute chamber piece. Miller has never been better and Buscemi excels both in front of and behind the camera, making the re-telling very much his own. – Dan M.

While your dad might only know it as the superstar-packed western — for this, alone, it’s carved out a certain place in popular culture — cinephiles are sure to have a more complicated relationship with The Magnificent Seven, a relatively faithful east-to-west translation of Akira Kurosawa’s landmark Seven Samurai. When speaking in relation to what’s both one of the greatest and most influential films of all time, it’s no real denigration when I say The Magnificent Seven isn’t an entry into that rare canon of a superior remake — but the picture is, still, of value, never stepping on the original film’s toes while utilizing a fine cast (Coburn, Bronson, McQueen, Wallach et al.) to build a tenable onscreen ensemble, also building toward the same heartbreaking finale. For a reworking of that sort, it’s a genuine surprise. – Nick N.

The J-Horror classic Ringu turned little girls into nightmarish monsters with the help of some jittery special effects and strategically placed hair. Before the figure became a tired genre trope, Gore Verbinski redefined it with his 2002 remake The Ring. Using a dark saturated palette and perpetually rain-swept locales, the Pirates of the Caribbean director added a foreboding atmosphere to story of a journalist (Naomi Watts) who investigates the origins of a cursed video tape. The unsettling stylistic choices are creepy enough without the many strange occurrences that Watts endures, especially one moment involving a very unfortunate horse. – Amanda W.

He may get lambasted for recycling certain ideas in his career, but the only time James Cameron actually remade a film was with 1994 actioner True Lies. Reteaming with his Terminator star Arnold Schwarzenegger, the blockbuster king lived up to his name by taking Claude Zidi‘s little-seen French comedy romp — focusing around the life of a secret double agent with a cover-up dull day job — and upping the budget to sky-high levels, delivering one of the most purely enjoyable outings of his career. – Jordan R.

The idea of following in the footsteps of Andrei Tarkovsky would be an inconceivable feat for most filmmakers, but in Steven Soderbergh‘s case, he had his own reasons for providing a new take on Stanisław Lem‘s sci-fi novel Solaris. While the 2002 George Clooney-led film received a divisive critical response, audiences were less than enthused, as it received the infamous “F’ CinemaScore — although, one can hardly be surprised, considering its marketing sold an action-suspense thriller from its executive producer James Cameron, the man that brought you Aliens and the Terminator series. As it recently passed its 10-year-anniversary, we still find a great deal to love in Soderbergh’s take, which delivers a striking, emotionally resonant romance, a distinct, worthy deviation from Tarkovsky’s meditative masterpiece. – Jordan R.

For all the expectations a Cameron Crowe tag is likely to set, Vanilla Sky seems almost intent on knocking (nearly all) of them down with blunt, shocking force — though, for better or for worse, much of the shock would often come from its 1997 Spanish source, Open Your Eyes. If deviations can’t be entirely indebted to a filmmaker straying outside their comfort zone, Crowe retools the ending into something clever and trickier, working his obsessions with popular culture into the story’s fabric rather fittingly. Which isn’t to suggest “subtly,” too. – Nick N.

What’s your favorite American remake of a foreign film?