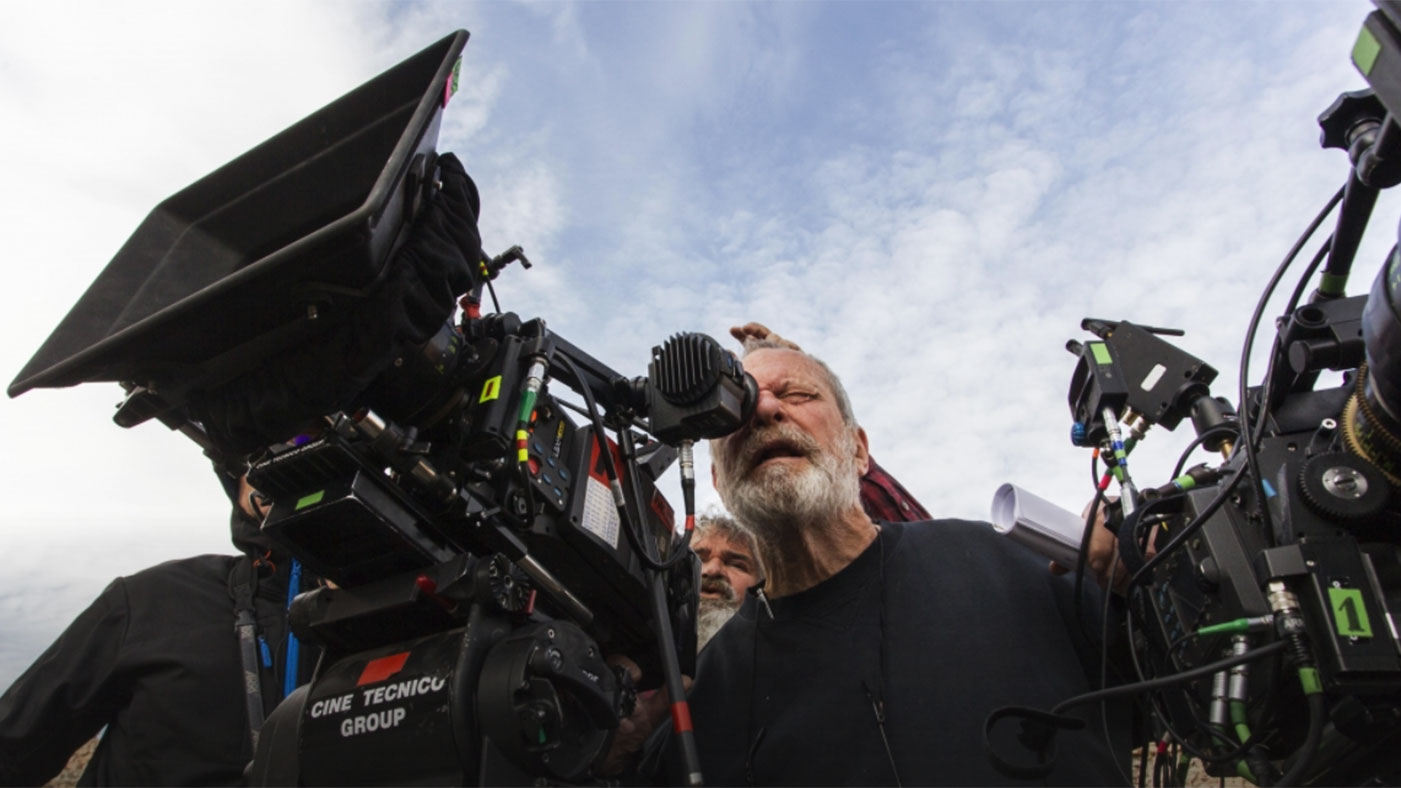 Stanley Kubrick would’ve turned 92 this past week, and upon his passing over two decades ago, the singular filmmaker developed a handful of projects that never got off the ground. For some, like the epic Napoleon, he poured an enormous amount of time into research and preparation before abandoning for one reason or another. Others were in fairly early stages before he moved on, and one in this category has now been picked up by another director to take the reins.

In the 1950s, novelist Jim Thompson worked with Stanley Kubrick (who greatly admired his book The Killer Inside Me) for the script of their noir drama The Killing. Around that time, Kubrick’s longtime producer James B. Harris also commissioned the author for another project titled Lunatic at Large. While it never got off the ground, Kubrick’s son-in-law Philip Hobbs discovered a 70-page manuscript for the film upon Kubrick’s death and an iteration potentially starring Scarlett Johansson and Sam Rockwell was even kicking around in the early 2010s.

Now, Terry Gilliam has revealed to La Repubblica (via The Playlist), “I was doing a film that was originally an idea by Stanley Kubrick. There was a script and I had a cast, but the lockdown has ruined everything.” Kubrick expert Filippo Ulivieri chimed in to reveal it was indeed Lunatic at Large that Gilliam was developing, with plans to kick off production in September before the pandemic took the world by storm.

While there’s no word on potential casting, perhaps if we ever get back to normal, the film could see the light of day. For Gilliam, after completing his long-in-the-works Don Quixote film, it sounds like he’s aiming for even higher ambitions attempting to step into the mind of Kubrick. In the meantime, check out a synopsis of the from a New York Times article in 2006 below.

Set in New York in 1956, it tells the story of Johnnie Sheppard, an ex-carnival worker with serious anger-management issues, and Joyce, a nervous, attractive barfly he picks up in a Hopperesque tavern scene. There’s a newsboy who flashes a portentous headline, a car chase over a railroad crossing with a train bearing down, and a romantic interlude in a spooky, deserted mountain lodge.

The great set piece is a nighttime carnival sequence in which Joyce, lost and afraid, wanders among the tents and encounters a sideshow’s worth of familiar carnie types: the Alligator Man, the Mule-Faced Woman, the Midget Monkey Girl, the Human Blockhead, with the inevitable noggin full of nails.