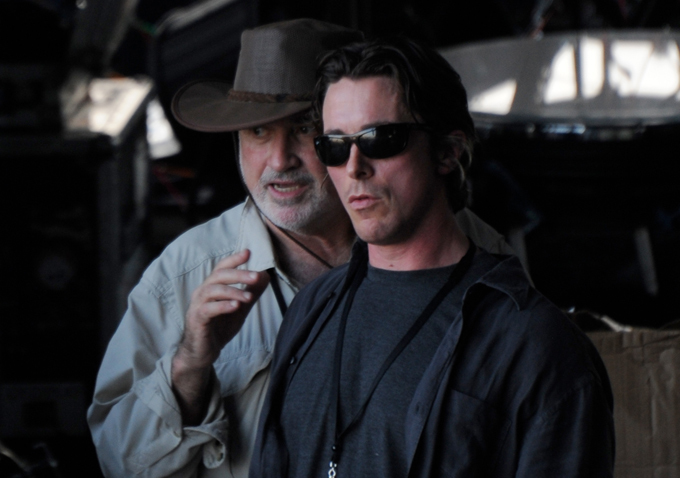 Terrence Malick’s ‘Voyage of Time’ Revealed to Be Three Films, But Will It Ever See Completion? Considering his preference for laborious, extensive development, production and post-production, one shouldn’t be surprised when the elusive Terrence Malick takes an extraordinary amount of time to complete a project. But after delivering The Tree of Life in 2011 and his follow-up To the Wonder in festivals the following year — not to mention back-to-back productions on his next two projects — the investors of one of his most ambitious potential works are worried.

Filing a lawsuit claiming the auteur has neglected to work on Voyage of Time, Seven Seas Partnership’s provided documents give those looking forward to the project a few new, major details. The documentary had been revealed to actually be three separate films, including two 45-minute IMAX features, as well as a 90 to 150-minute full-length film. The only problem is that Malick allegedly hasn’t spent much effort into actually making them yet.

The suit against Sycamore Pictures claims that barely any footage has actually been produced, although shoots have been planned in Southwestern U.S., Hawaii, Iceland, Kenya, Monterey, Chile, Palau. One titled the “Early Man Shoot” on the Solomon Islands was “looking for people in Papua New Guinea that embody the ferocity of our distant ancestors,” according to Malick. But instead that shoot took place in New Mexico and not meeting the standards of the director, it is in need of reshoots.

Meanwhile, the legendary visual effects artist Douglas Trumbull (who worked with Malick on The Tree of Life and his visual effects was reported to make up 35 minutes on this film) ceased his involvement last fall after Malick was allegedly occupied with other projects. According to letters from Malick however, he plans to deliver the film by December 2013, but Seven Seas wants their $3.3 million they’ve given to the project returned. Sycamore has already responded, saying, “The claims of Seven Seas are without merit. The film was on budget, on schedule, and all funds were used appropriately. Additionally, Seven Seas’ decision to file this lawsuit under the cover of darkness and go public before presenting Sycamore with a copy of the suit itself speaks to the weakness of the allegations.”

For those unfamiliar with the films, it is to feature narration from Brad Pitt and Emma Thompson, and is reportedly “aesthetically unique and scientifically accurate” and will chronicle “the whole of time, from the birth of the universe to its final collapse.” It will follow “the first signs of life, bacteria, cellular pioneers, first love, consciousness, the ascent of humanity, life and death and the end of the universe.” The last thing we heard was just earlier this summer, when editor Billy Weber said the films were looking at a 2014 release, but that’s clearly up in the air now.

While Voyage of Time is indeed a project we can’t wait to see, it’s hard to complain from an audience standpoint, when, after coming off a pair of films, we’re getting two more works from the director in the coming years. If anything, perhaps this lawsuit will have him reconsider his priorities when it comes to Voyage of Time and we’ll get it sooner than imagined, but if we’ve learned anything from Malick the past four decades, one should let him work at whatever pace suits him. In the meantime, check out the full lawsuit below. [THR/Deadline]

What do you think of the new Voyage of Time details? Do you think we’ll ever see the films?