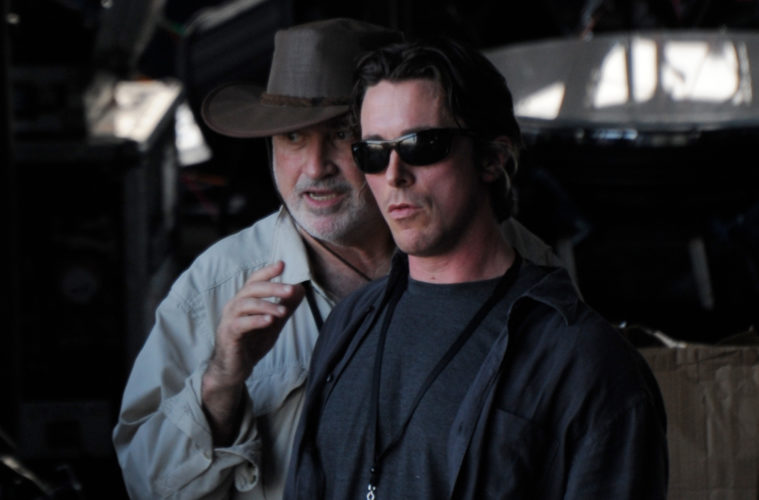 Considering the secrecy surrounding the work of Terrence Malick, it’s no surprise that aside from a few set photos and spare details, any sort of behind-the-scenes insight is gleaned from actors, or potentially crew, surrounding the release of his films. While this year saw the release of his romantic drama To the Wonder, the director has not only been working on his back-to-back follow-ups, Knight of Cups and an untitled project, but also his long-gestating Voyage of Time.

Chronicling the birth of the universe to its final collapse, as any fan might expect, it’s taking the director an extensive amount of time to complete this project and this summer, we got word that Seven Seas Partnership was suing the helmer due to an alleged breach of contract. That suit provided a few new details on the film and now a few more have come in, as Malick’s Sycamore Pictures have issued a counterclaim this week.

While it can be read here in its 41-page entirety, it gives us a sense of how far along Malick is on the project. Since 2008, 15 shoots have been conducted totaling 175 days and Voyage of Time is currently working with 3,300 minutes of raw footage (55 hours worth, for those counting), as well as several hundred pre-vis visual effects shot. Malick has even created a rough cut assembly of the project, but now claims Seven Seas is holding his Voyage of Time footage “hostage” until they get their initial $3.3 million back.

The suit also goes into details on the exact production timeline of the ambitious films, one a scientific exploration and the other an ethereal work in the vein of his Tree of Life sequences. It claims Malick began work in 1978, conducting “extensive research and tests,” as well as going on “scouting expedition in Nepal, India and North Africa.” During this time he also “met with researchers who could provide support and/or existing footage” for the film. Up until 2000, Malick reportedly shot “tests and astronomical events as the presented themselves,” which would figure into the film. After making contacts with IMAX, National Geographic, BBC and others, in 2008, the aforementioned production began.

Two years later, an investor by the name of Andreas Roald offered an additional $7.5 million to the production, but after screening footage from the film he wanted Voyage of Time to be “more unique” and incorporate “enhanced” visual effects, as well as eliminate all licensed footage, which would be “extremely difficult and expensive to reshoot.” Due to these requests, the timeline of the production had to be pushed, but Seven Seas is now holding it up with this lawsuit. Considering the amount of time and passion Malick has put into this project, hopefully it can be resolved soon. On a last note, if there was any question, the countersuit confirms Malick’s Knight of Cups and his other untitled film will not be released in 2013, so perhaps we can expect them in 2014.

What do you make of the Voyage of Time lawsuit and the production timeline?