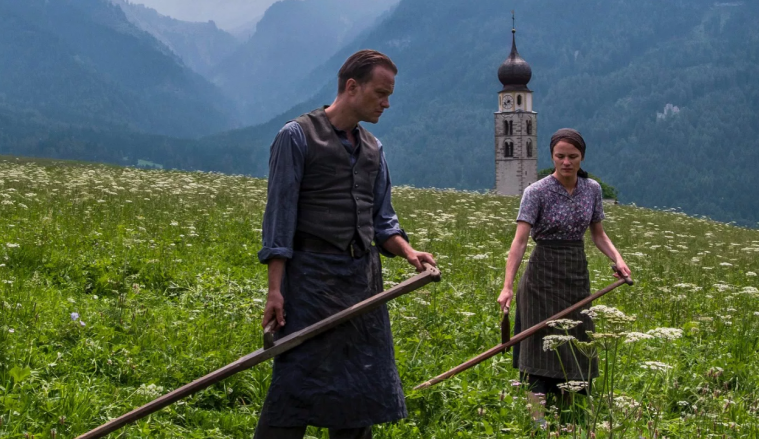 Terrence Malick Returns to WWII in First Look at ‘Radegund’

In just five weeks we’ll be getting a new film from Terrence Malick, but as we await the first trailer for Song to Song, the debut look at his next drama has now arrived. Returning to World War II after The Thin Red Line — albeit in a very different form — Radegund follows Austria’s Franz Jägerstätter (August Diehl), a conscientious objector who was put to death at the age of 36 for undermining military actions.

The cast also features Valerie Pachner, Michael Nyqvist, Matthias Schoenaerts, Jürgen Prochnow, and Bruno Ganz, and Variety has premiered the first image, which one can see above. “This is Malick returning to the top of his game in the telling of an extraordinary true story which has great resonance in today’s moral climate,” sales agent David Garrett says, who also confirms a 2017 premiere is the works, which is a rapidly fast turn-around in the world of Malick.

It’s been picked up by UGC for distribution in France. As we await news of U.S. distribution, check out the synopsis below for the film that distributor Thierry Decourcelle claims has “one of the strongest scripts we have read in recent years.”

Opening at Jägerstätter’s home in the idyllic Austrian countryside, the film follows Franz and his wife Fani along their path of resistance. Told through real wartime letters, this love story finds the couple in conflict with the members of their close-knit town, their church, their government and even their friends – all of which brings them to a dramatic choice.

Radegund will premiere in 2017.