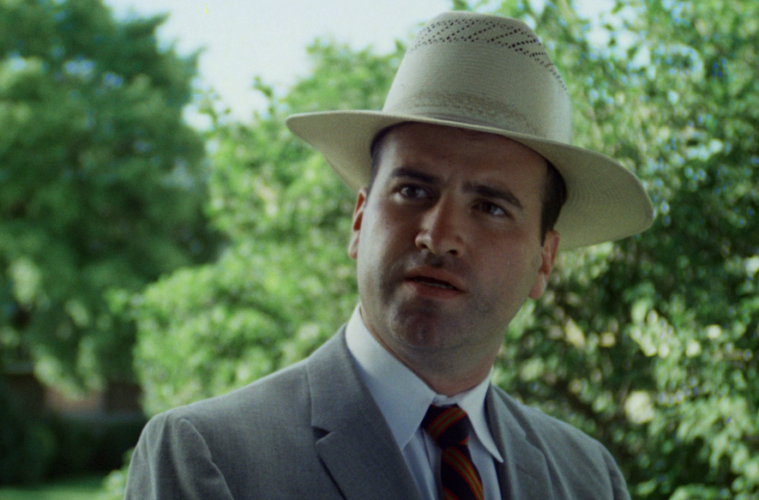 Selma will return to theaters nationwide on Friday, March 20th and tickets are buy one, get one free.

In Tom at the Farm, Xavier Dolan’s thriller about a young man who must attend his late boyfriend’s agrarian funeral posing as only a friend, the titular protagonist (played by Dolan) is regularly confronted by Francis (Pierre-Yves Cardinal), the deceased’s brother and a looming , uber-masculine force of gay-panicked nature dead-set on ensuring that no sexual truths be revealed to family. In at least three moments – first when Francis corners Tom in a bathroom, second when Francis fights Tom after a chase through a cornfield, and finally during a consensual yet unnerving act of sexual choking – the top and bottom of Dolan’s letterbox-ratio frame begin moving slowly inward, barely detectably at first so that the shift in frame size and width is noticed only when it’s achieved an insidiously claustrophobic affect – beyond the narrowness of the CinemaScope ratio – to match Tom’s own lack of escape.

It Follows , TOH reports. Update: It looks the report is incorrect as Radius-TWC will release it in over 1,000 theaters on March 27th instead.

Mondo has launched a Terrence Malick series, with the first poster for Badlands from Tomer Hanuka (via /Film):

Thelma Schoonmaker speaks with Anne Thompson about the restoration of The Tales of Hoffmann:

It’s really a joy watching it over and over again and discovering new details in the rich design. Marty showed it to his 14-year-old daughter. She saw that Helpmann is wearing a scorpion pin at his neck, that’s how you know the rival of Hoffman is up to no good. Because Hoffman is telling the story of three loves he lost, you enter into his sad memories and feelings, why he loved these people. This gives you a chance to do anything, because it’s his memories. They took opera and really transformed it into film, using dancers for many of the parts. You hear voices over them dancing, Moira Shearer as the windup doll is mouthing the words, thus giving you strong visuals instead of a singer standing on the stage. The dancers are giving you this wonderful physical movement, they’re acting, they know how to come on stage dramatically, with extraordinary body movement. The movements of Massine and Helpmann, they bring the drama to it, they’re going all over the place. The camera is dancing.

Tribeca 2015 have announced a closing night screening of a remastered Goodfellas with the cast and creators.