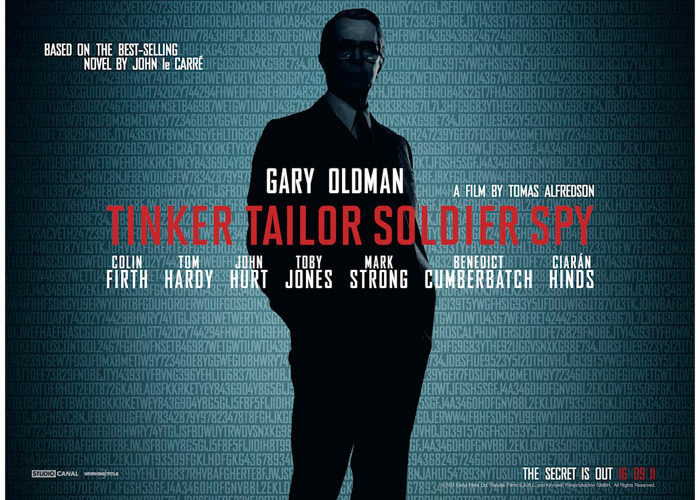 We may not be getting Tomas Alfredson‘s spy thriller until November, but Tinker, Tailor, Soldier, Spy will be released in the UK next month following a Venice Film Festival premiere. We now have an utterly superb trailer to go along with the occasion. For his Let The Right One In follow-up Alfredson has rounded up a stellar cast including Colin Firth, Mark Strong, Benedict Cumberbatch, Toby Jones, David Dencik, Svetlana Khodchenkova, Stephen Graham, Kathy Burke, and Ciarán Hinds.

We posted some impressions from the first screening of the film, which hint it will deliver a tense, calculated experience with sparse action, very different from a James Bond-esque film one might expect. We got an excellent teaser, but you can check out the new trailer below via HeyUGuys.

Set in the 1970s, Tinker, Tailor, Soldier, Spy finds George Smiley​ (Gary Oldman), a recently retired MI6 agent, doing his best to adjust to a life outside the secret service. However, when a disgraced agent reappears with information concerning a mole at the heart of the Circus, Smiley is drawn back into the murky field of espionage. Tasked with investigating which of his trusted former colleagues has chosen to betray him and their country, Smiley narrows his search to four suspects – all experienced, urbane, successful agents – but past histories, rivalries and friendships make it far from easy to pinpoint the man who is eating away at the heart of the British establishment.